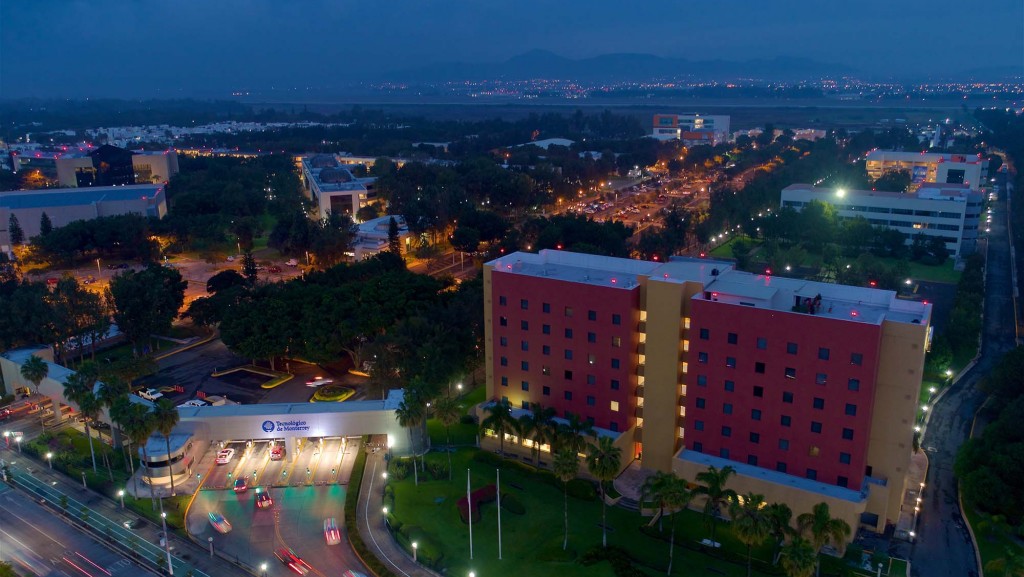 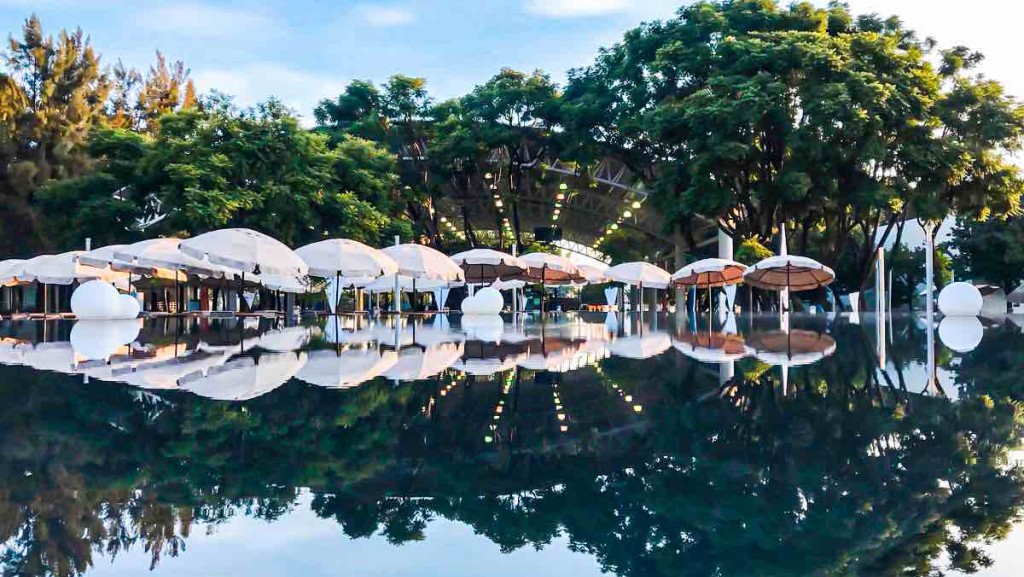 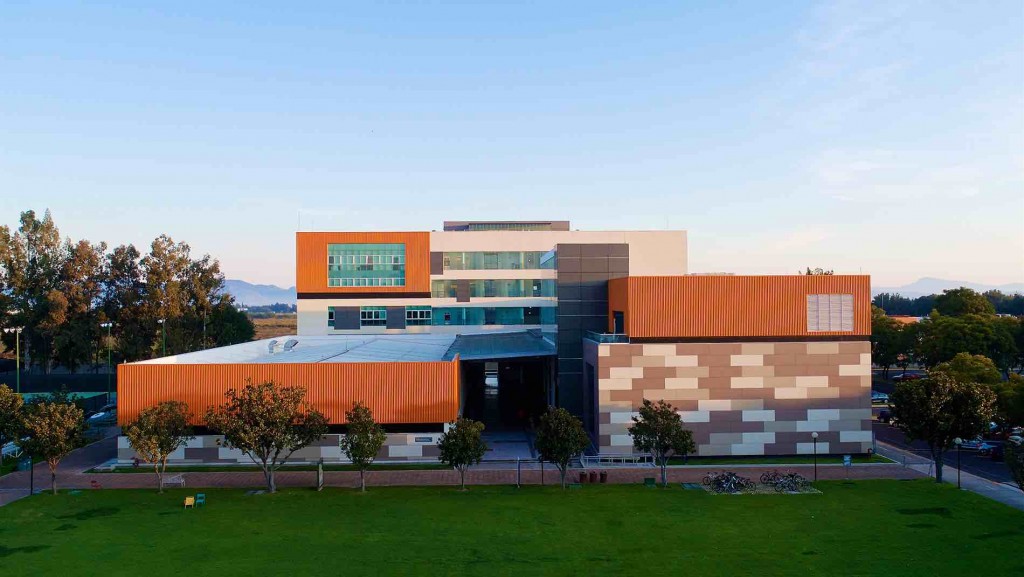 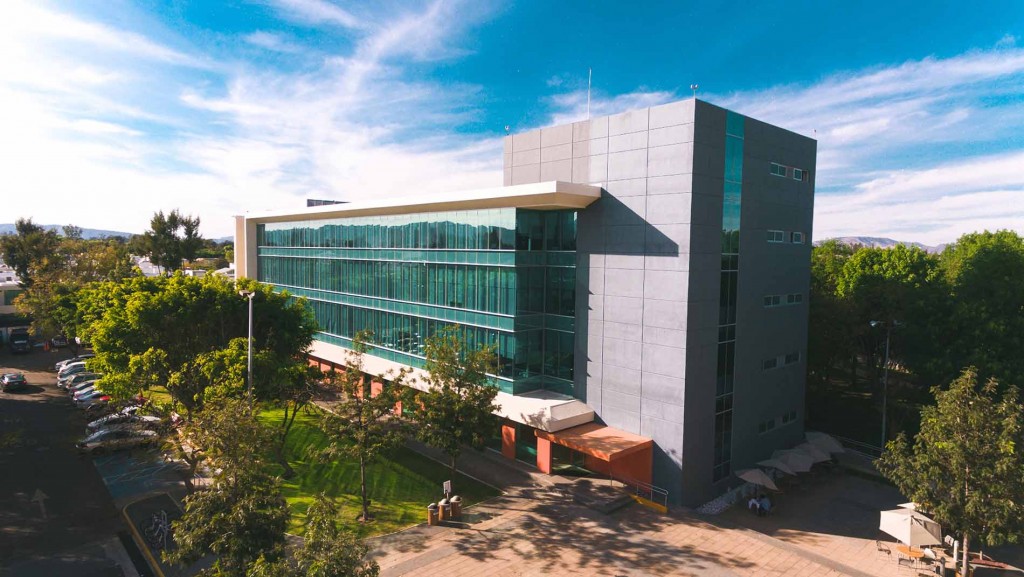 We are adapting to meet new challenges. Our admission process is now fully online 💻 so that you can complete the Tec application process from the safety of your home🏡.
fa fa-phone
fa fa-mail admisiones.gda@itesm.mx 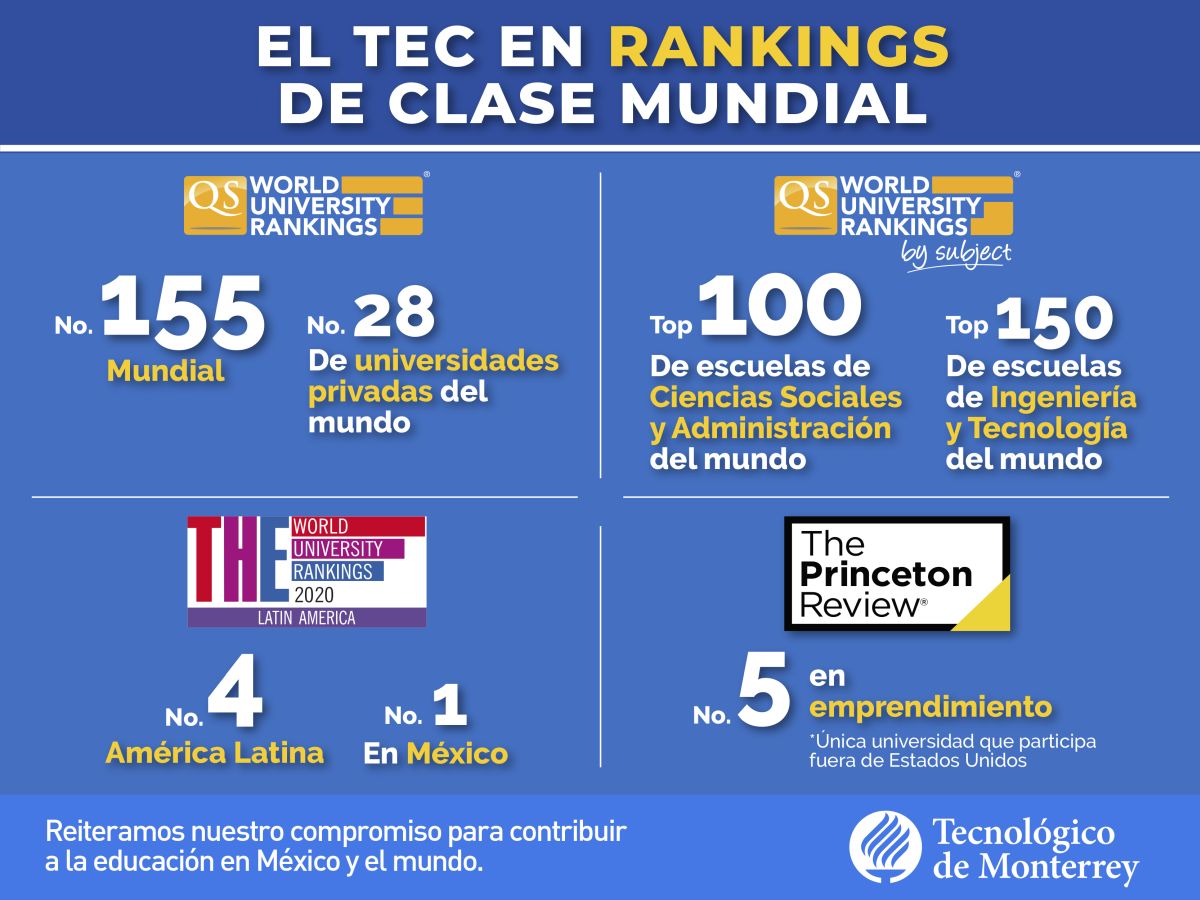 At the Tecnológico de Monterrey, we are committed to forming human beings willing to better themselves to benefit others, knowing that education improves people’s lives. This is why leadership, innovation, and entrepreneurship for thriving are at the core of our renewed vision.

With a history stretching over four decades in Western Mexico, we are one of Guadalajara’s best universities. Our academic offering includes PrepaTec, in both bicultural and multicultural modalities, undergraduate programs in the areas of Ambiente Construido (Conscious Urban Design), social sciences, creative studies, engineering, business, health, and continuing education and postgraduate programs.

Our students have the support of an entire community that provides them with personalized services, always with the goal of meeting their needs. They also have guidance from professors and mentors, and at PrepaTec, tutors who inspire, motivate, and contribute to making their experience a memorable one.

We have been offering classes in Guadalajara since 1991. Our campus is located on the east side of Zapopan on over 90 acres that are home to our classrooms, laboratories, conference center and Innovative Entrepreneurship Center, as well as our Schools of Medicine and Health Sciences, Architecture Ecosystem, Art and Design, library, athletic and cultural areas, research centers and student support.

All this provides our students with the ideal environment for learning at one of the best universities in Guadalajara, and the opportunity to complement their academic formation with cultural, athletic, leadership, entrepreneurial, and human-focused activities.

We also have our Center for the Acknowledgement of Human Dignity, which promotes human rights and a culture of gender equality. The VR Zone offers our students the ability to experience immersive learning with virtual reality technology, and the Borregos E-Sports Arena, which is the first of its kind in Mexico, allows its visitors to know and practice this emerging world.

We promote activities related to technological advances and social, ethical, and civic commitments. Our Guadalajara Campus is the headquarters for our Artificial Intelligence Hub, which aims to promote the ethical use of these technologies and Mexico’s economic and social development.

Our student body is made up of more than 8,000 students from across the country and around 600 students who come from abroad, making us an attraction for national and global academic talent. This diversity allows us to offer a multicultural learning environment at the high school, undergraduate and postgraduate levels.

One of the latest transformations at Tec de Monterrey was the launch of our Tec21 educational model, which brings real-life challenges into the classroom, evidence of our renewed commitment to education and our goal of being one of the best universities in Guadalajara and Mexico.

We are an institution dedicated to creating wellbeing and opportunity for all, working towards unity as a country and society, promoting human-centered leadership initiatives, applied research, connection to community, and a campus life that enriches our students’ academic experience, their contribution to the world, and their human flourishing.

1947 - Inauguration of the Monterrey Campus.

1950 - The institution is accredited by the Southern Association of Colleges and Schools in the USA.

1977 - An extension of the EGA-CM is opened in Guadalajara in the Chapultepec area with 47 master’s degree students enrolled. The Tec de Monterrey gives classes for the first time in Guadalajara. 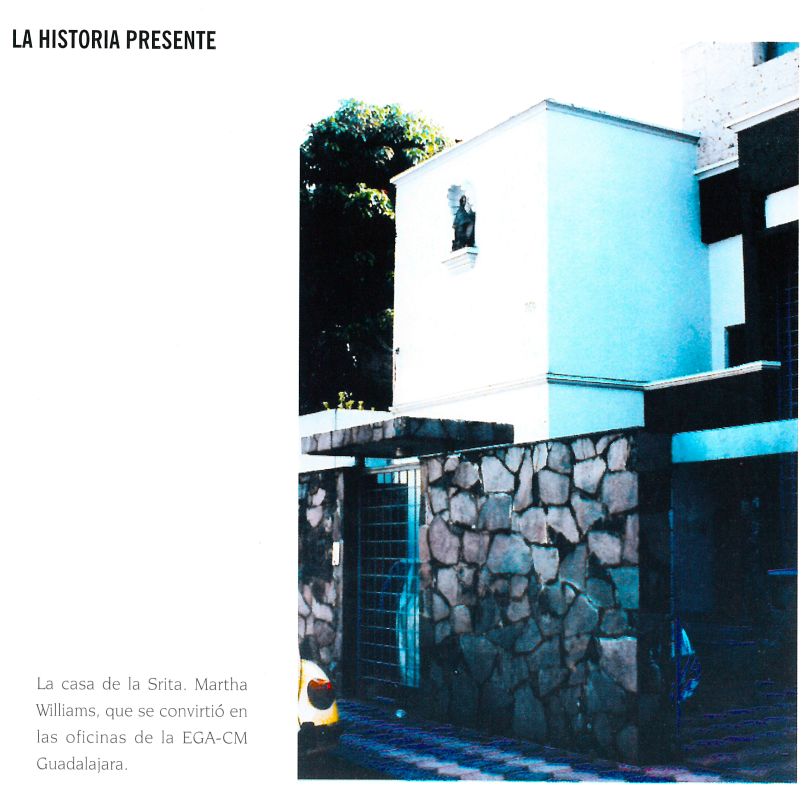 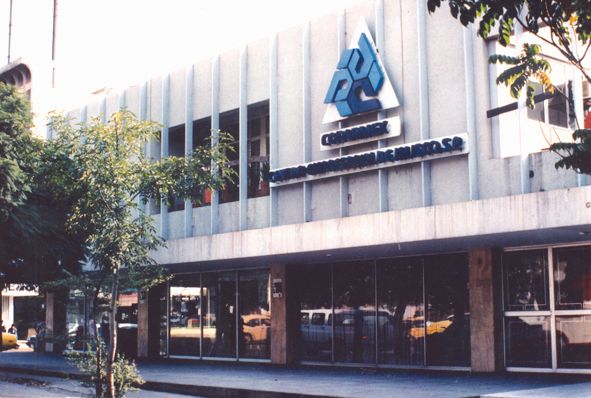 1980 - The EGA-CM extension becomes its own entity, becoming the Guadalajara Unit.

1985 - The Guadalajara Unit is incorporated into ITESM.

1989 - The master plan for creating the Guadalajara Campus is established and launched.

1991 - Official inauguration of the Tecnológico de Monterrey, Guadalajara Campus. Operations begin in classroom buildings I and II, the administrative building and cultural center A, in addition to the cafeteria, workshop spaces, pool, water treatment plant and security access checkpoints. 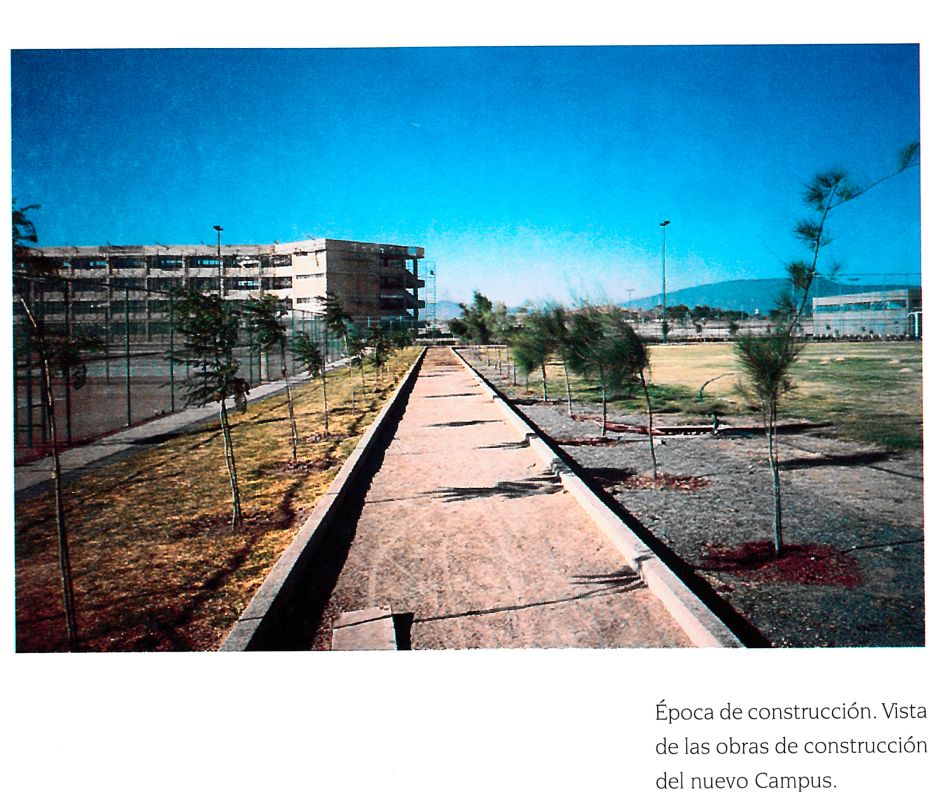 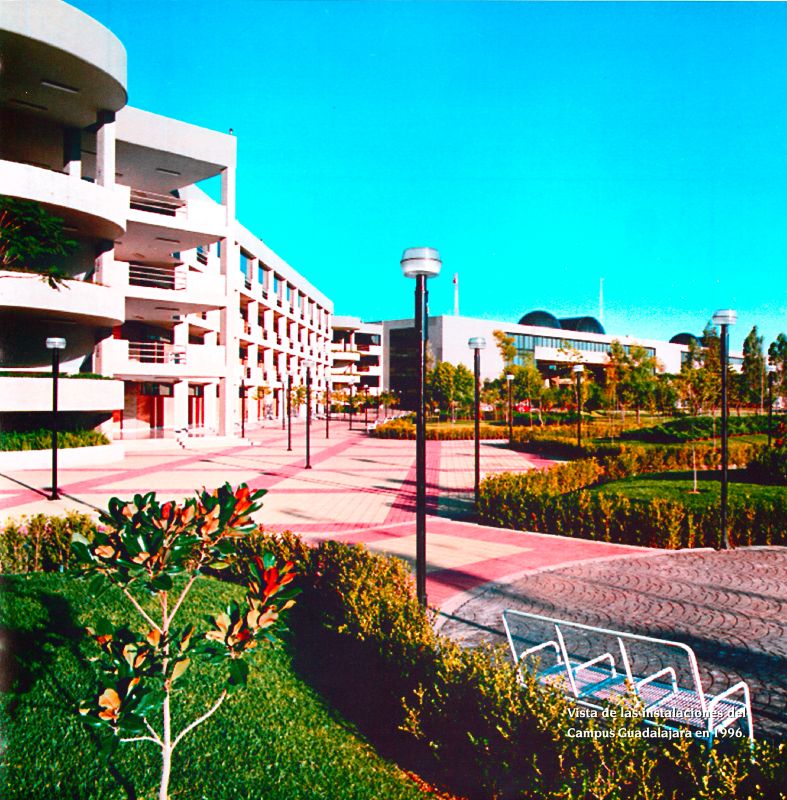 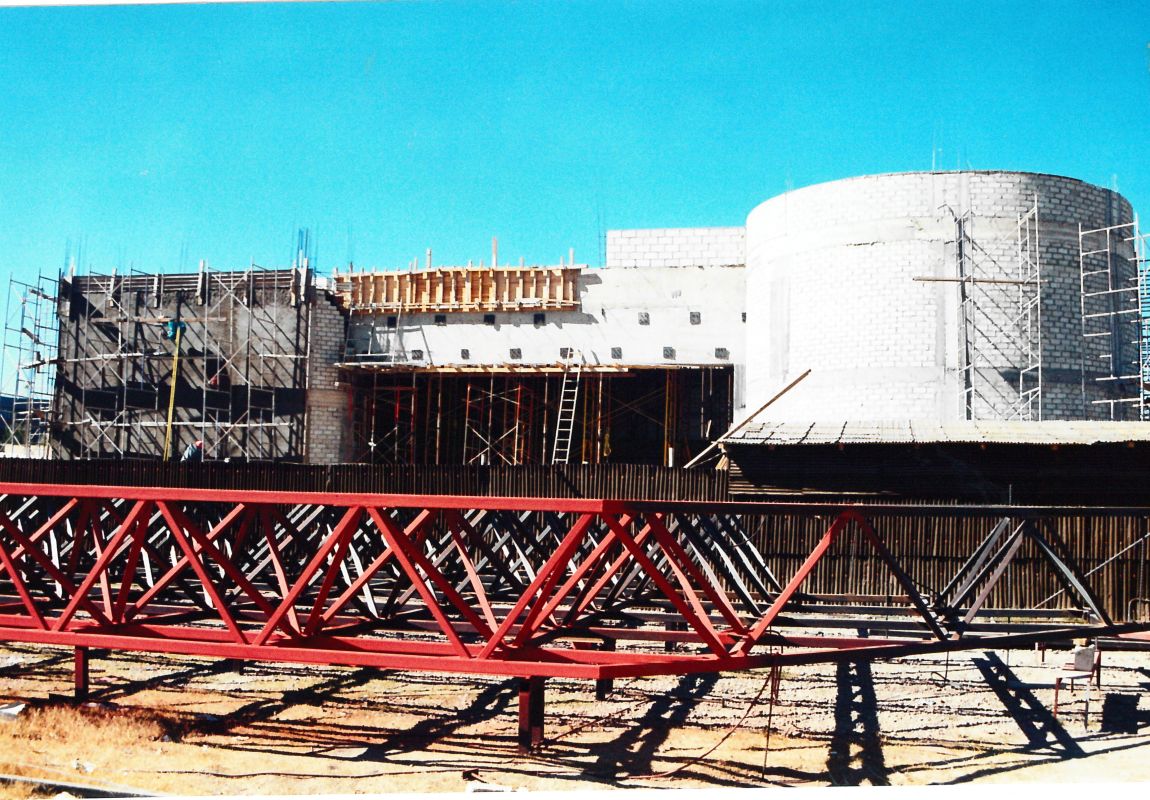 1997 - Inauguration of cultural center B, in addition to the Conference Hall and classroom building IV.

1998 - Inauguration of the CARD building and security checkpoint 2.

2000 - Inauguration of the Science and Technology Park. 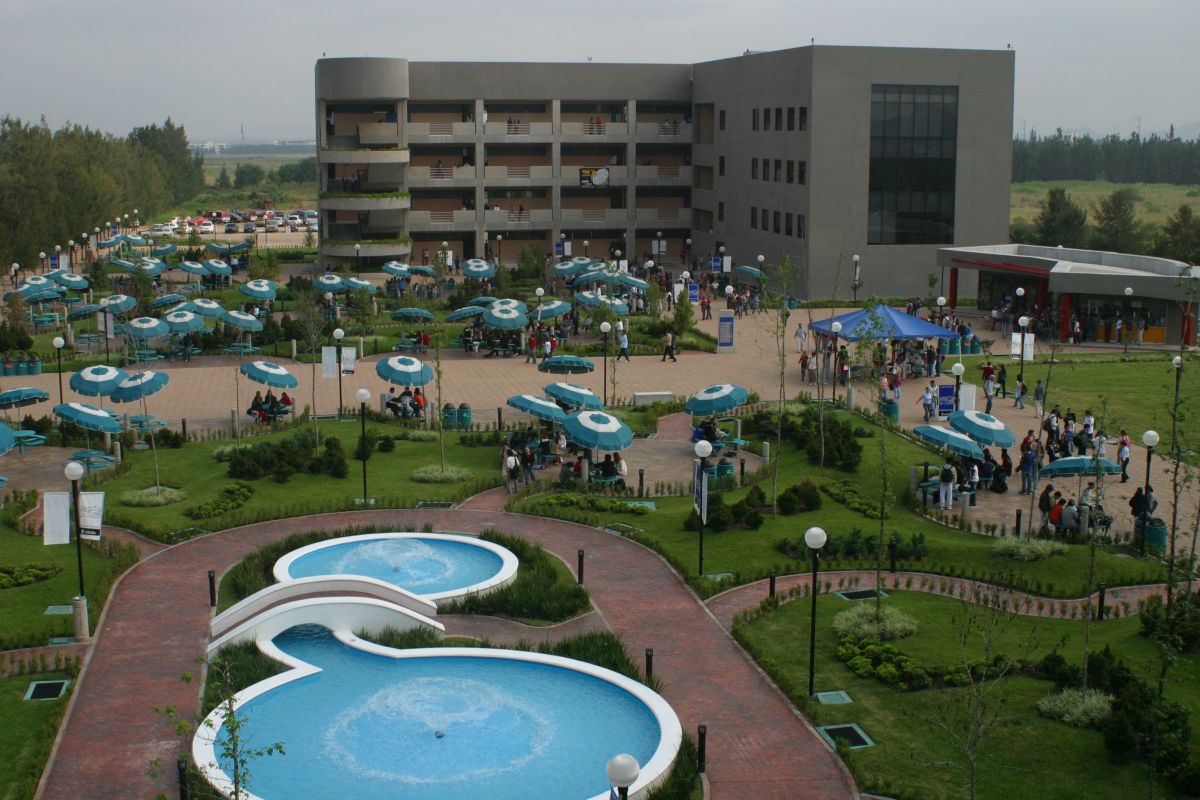 2002 - Celebration of the 25th Anniversary of the Guadalajara Campus and inauguration of classroom building VI and dormitory building.

2010 - Inauguration of the Conference Center. 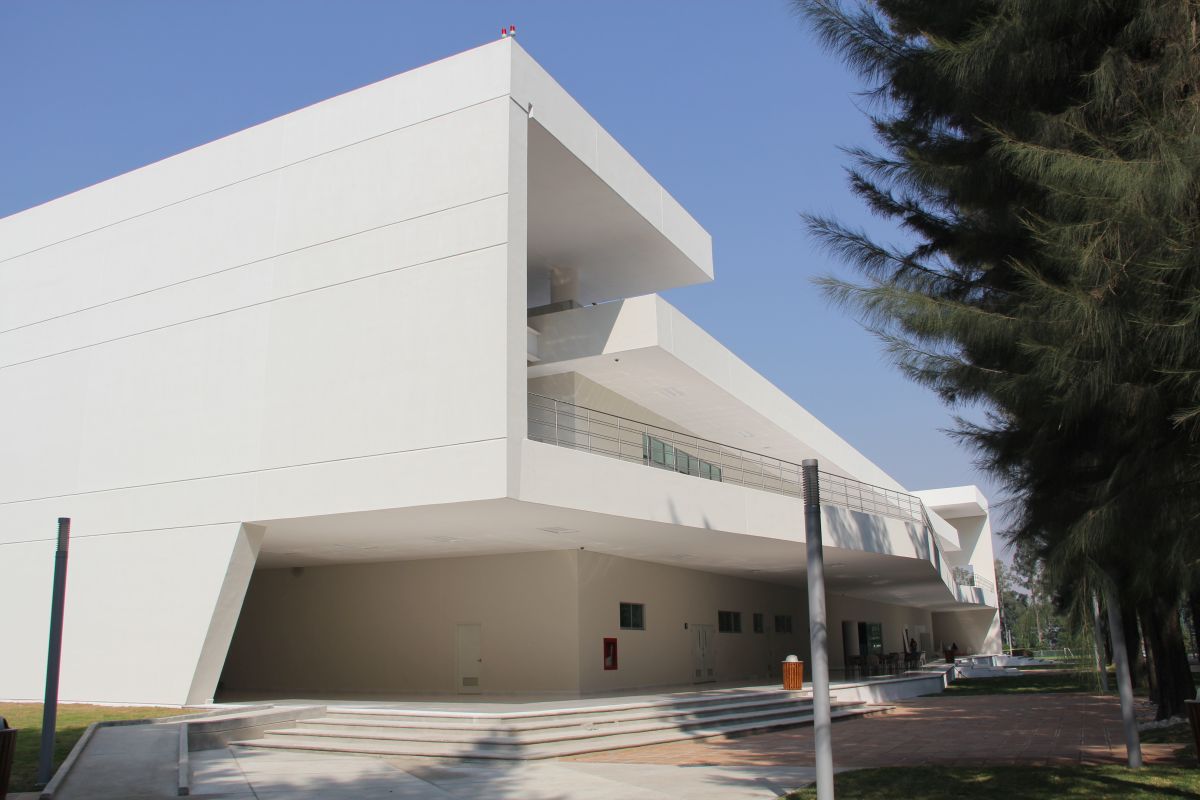 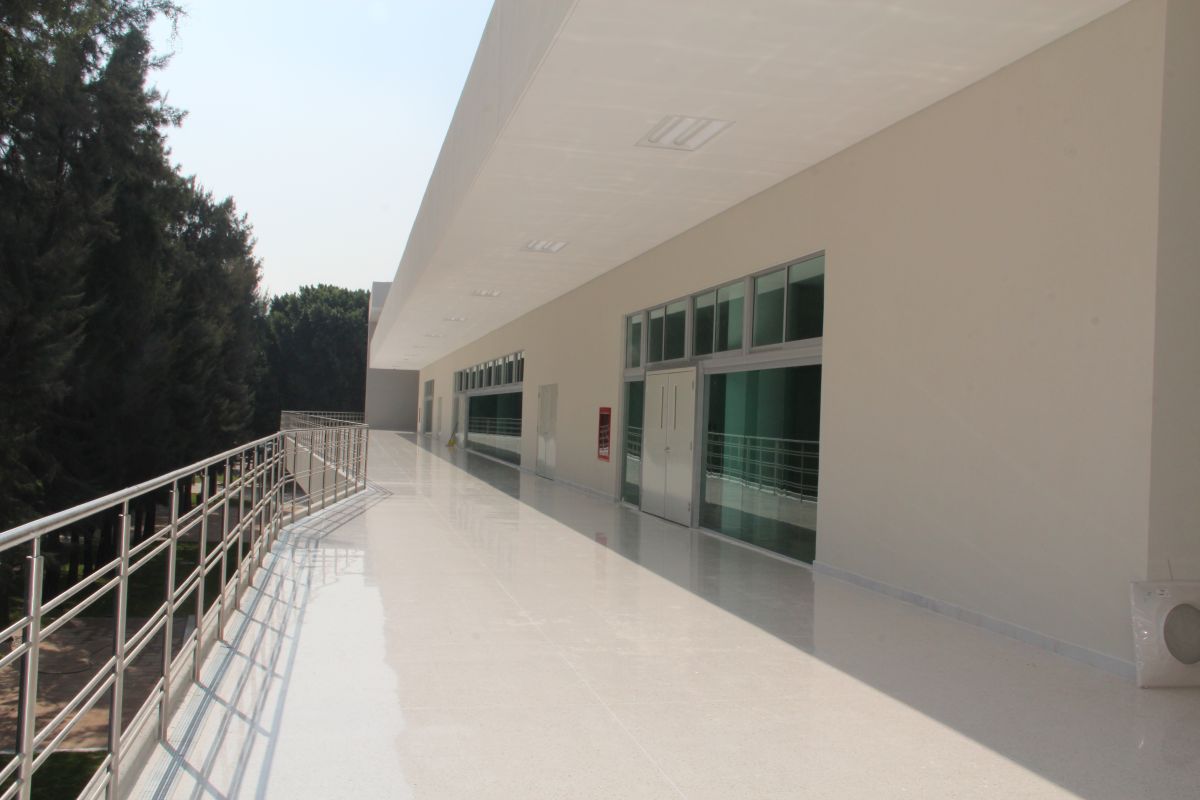 2013 - Inauguration of the health sciences building. 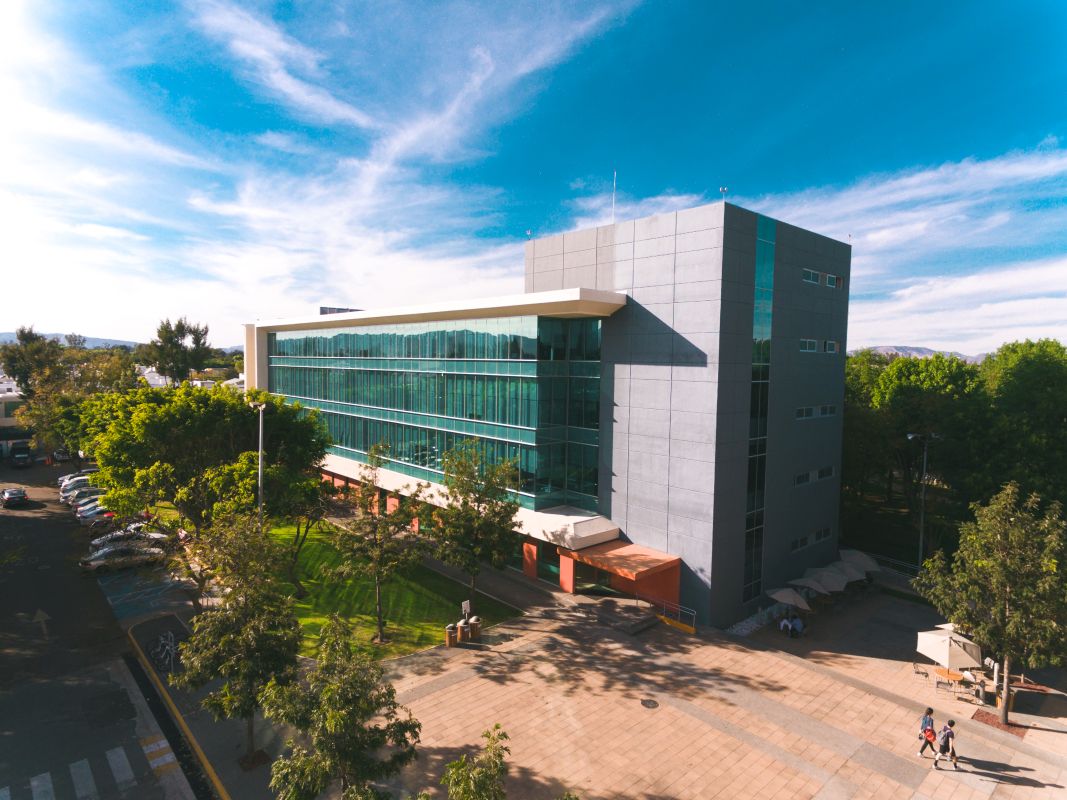 2013 - Inauguration of the academic services building at PrepaTec Santa Anita.

2015 - The first stage of the engineering, architecture and design ecosystem is completed. 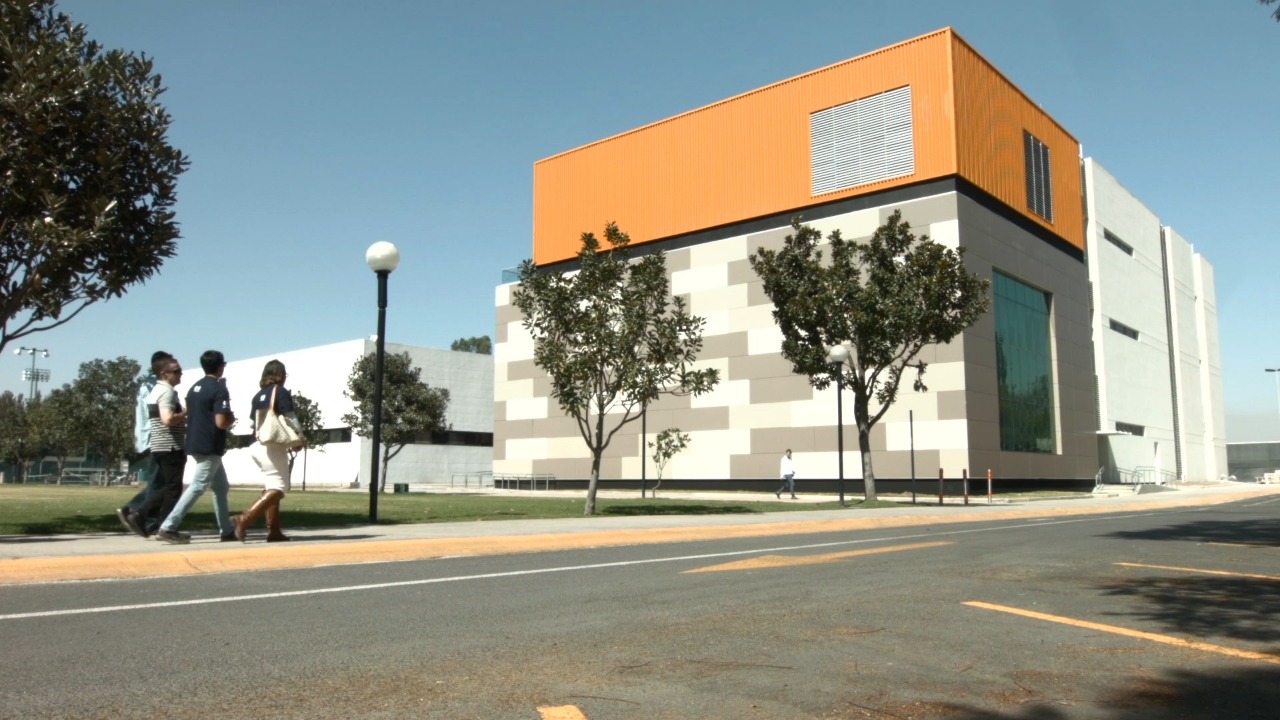 2018 - Inauguration of the first-semester workshops building.

2019 - Inauguration of the Center for the Acknowledgement of Human Dignity and the Office of Gender and Safe Communities.

2019 - Inauguration of the Borregos E-Sports Arena, the first of its kind in Mexico, for practicing electronic sports. 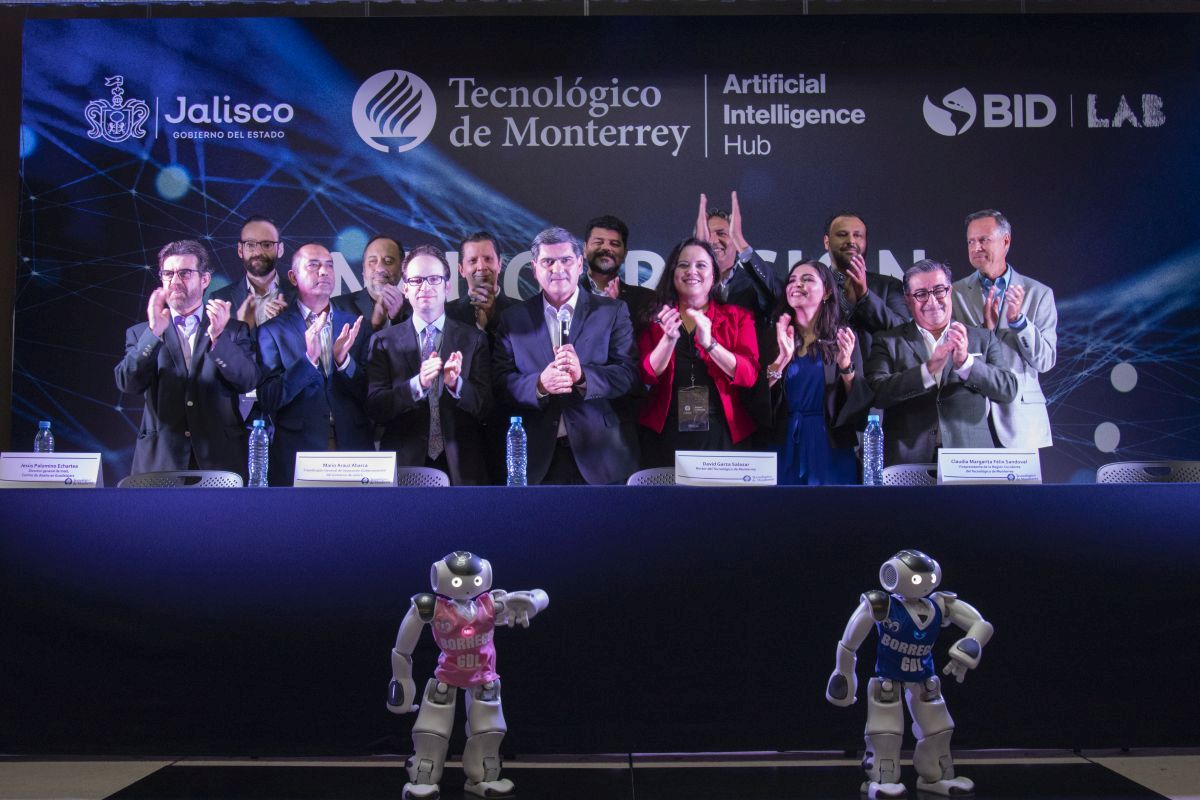 I would like to take this opportunity to welcome you to Tecnológico de Monterrey, Guadalajara Campus’ website.

It contains useful information about our educational services and the work we do each day. We have updated our academic programs to continue our growing as a leading institution of excellence.

With the complexity of recent changes in our world in mind, we have set a new vision for 2030: Leadership, innovation, and entrepreneurship for thriving.

The goal is for this new vision to permeate our entire university community. We know that unleashing humankind’s potential requires more than forming leading and transformational professionals. It also requires promoting integral human development and our students’ unique talents, making health and wellbeing a priority, and fostering an environment of inclusion and respect for human dignity at our university.

We have an ongoing commitment to actively contribute to creating a better future for Mexico and the world. Take a moment to find out more about us and join us in our mission. 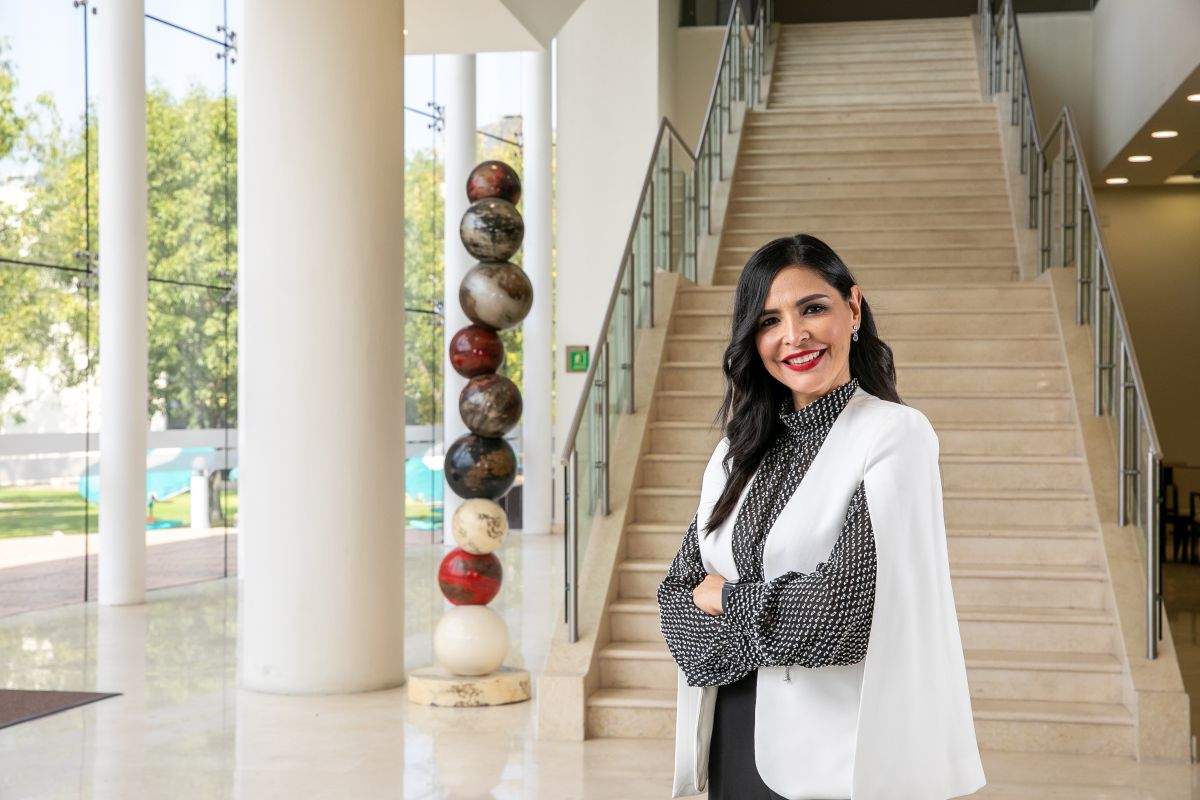