Tec is tantamount to resilience, innovation, leadership and entrepreneurship thanks to its people who have made it possible.

It thrills me to see young people full of enthusiasm to keep preparing themselves to build a better future.

Universities that make the greatest impact are those committed to training, research and their connection with society.

President Garza has a bachelor’s degree on Computer Systems from Tec of Monterrey and a PhD on Computer Science from the State University of Colorado.

Throughout his 30 years of service at Tec, Garza has occupied several academic and executive positions such as director of Research and Graduate Program; dean of Information Technology and Electronics and dean of Engineering School at the Monterrey Campus.

He was also General Director of San Luis Potosi’s campus, rector of the Metropolitan Area of Monterrey and Vice-Rector of Undergraduate position from which he led key academic initiatives related to the improvement of students and professors, and the development of Model Tec21. Subsequently he was named Academic Vice-Rector of the Institution.

Since July 1st, 2017, Garza is Rector at Tec de Monterrey, a private non-profit university part of the 35 best private universities of the world according to the QS ranking. It has 31 campuses in Mexico and presence in 13 countries, almost 90 thousand alumni and more than 10 thousand professors.

Garza has been a research professor in the Information Technology and Electronics department, imparting lectures in disciplines related to technology, both in university and masters and PhD levels. As a researcher he participated in the definition and development of projects financed by prestigious national and international institutions such as the U.S. Agency for International Development, Lawrence Livermore National Laboratory, Defense Advanced Research Projects Agency, European Commission and National Council of Science and Technology, and CONACYT. Some of his research projects have been developed in collaboration with international institutions such as Virginia Tech, Southwest Research Institute and Colorado State University. Author of multiple articles and consultant of different corporations’ projects, he was recognized on two occasions with the Distinguished Professor Award.

He was President of the Global Engineering Deans Council's, an initiative created with support of the American Society for Engineer Education and the International Federation of Engineer Education Societies. In 2012, Garza received the Honoris Causa doctorate from the American University of Nicaragua. He’s an active member of professional associations and organizations such as ASEE, IEEE, ACM, Sigma Xi y Phi Kappa Phi.

Garza has participated in committees of conferences and state, national and international level councils of a variety of corporate and academic organizations. He has also been invited as speaker and panelist to international events in more than 15 countries. 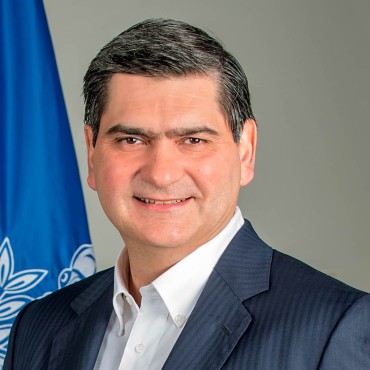 With more than 30 years of experience at Tec of Monterrey, Garza has occupied a vast variety of academic and executive positions such as as director of Research and Graduate Program; dean of Information Technology and Electronics and dean of Engineering School at Monterrey Campus, Vice-Rector of Undergraduate and Graduate at Tecnológico de Monterrey, and was a leader during the creation and implementation of Model Tec21.

Garza has a bachelor’s degree in Computer Systems from Tec of Monterrey and a PhD in Computer Science from the State University of Colorado.

Is author of multiple articles and has worked as a consultant in different projects for several companies. He was President of the Global Engineering Deans Council's an initiative created with support of the American Society for Engineer Education and the International Federation of Engineer Education Societies. In 2012, Garza received the Honoris Causa doctorate from the American University of Nicaragua. He has been invited as speaker and panelist to international events in more than 15 countries. 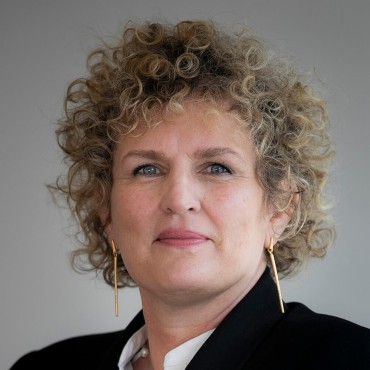 Professor at the Tecnológico de Monterrey for 30 years. She has contributed in the curricular design and direction of several academic projects of Tec de Monterrey related to Humanities, among which the following stand out: Specialty in Master Degree Education, Master and PhD Degree in Humanistic Studies, Convergent Media and Journalism Master Degree of Tec de Monterrey`s Universidad Virtual, Curricular component of Humanistic and Citizen Training, as well as Alfonso Reyes Professorship´s Direction. She was also Director of Humanistic Studies PhD of Tec de Monterrey Mexico City Campus. From 2007 to 2011 she was the Director of the Liaison office in Paris, France. In 2014 she was responsible for starting the Graduate School of Education, Humanities and Social Sciences. Since 2016 she has been the Dean of the School of Humanities and Education.

She has a Degree in Spanish Letters from Tec de Monterrey, Campus Monterrey (LLE 85). She earned his Master and Doctorate degrees in Hispanic Studies from the University of Pennsylvania.

She also participated in both «Narratologies Contemporaines» and «Pour une épistémologie du littéraire» CRAL research seminars, at the École des Hautes Études en Sciences Sociales-Paris, led by Jean-Marie Schaeffer, Philippe Roussin, John Pier and Annick Louis. Since 2012, she has participated in the UNESCO-Technological Chair of Monterrey on Ethics and Culture of Peace for the achievement of human rights. Her most recent research works focus on contemporary narrative practices, their relationship with visual culture and with peace study.

Currently, she is part of the IMPULSA Committee of the Center for the Recognition of Human Dignity, whose objective is to promote the leadership of women at the Tec. She has supported the main initiatives to strengthen the gender perspective in all areas of the institution. 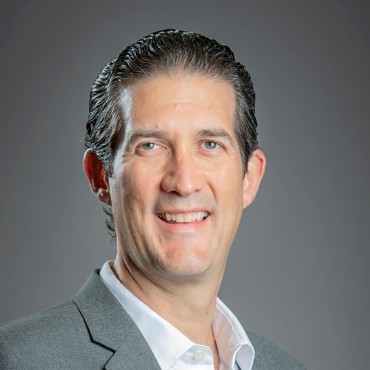 Zepeda has been Rector of the University Tecmilenio since May 2020, and has had 29 years of professional success, first in prestigious multinational corporations, and in the last 7 years as Vice-President at Tec.

After graduating with a degree in Industrial Engineering by the Panamerican University, Zepeda began his professional career in Procter & Gamble in different positions in finance in Mexico, and Chile. After finishing his Master’s in Business Leadership from the IPADE, he worked as a Consultor in The Boston Consulting Group (BCG). He then joined Domecq, where he directed the global planning and financing of the corporate offices in England. Zepeda was CFO, and then President, of one of the multinational divisions of Sueca SCA, based in Philadelphia, USA. 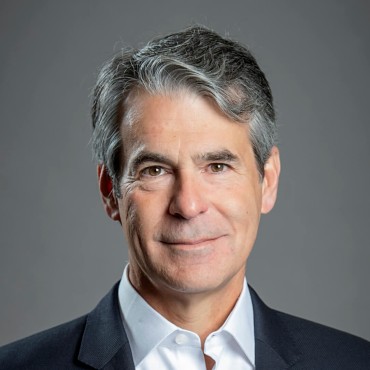 He holds a degree in Surgery and Medicine from Tecnológico de Monterrey, with a specialty in Internal Medicine and a subspecialty in Interventional Cardiology, Heart Failure, and Transplantation from Baylor College of Medicine, and a Doctorate in Immunology from the University of Chicago.

Guillermo is a Level 3 member of the Conacyt National Research System , and has published more than 190 scientific articles with more than 12,000 citations, winning the SCOPUS award for the country's most cited author (2012). He has published five books and three patents (2 international and 1 national).

He is founder of the technology-based health company Nano4Heart and a board member of Cardiol Therapeutics and Sulfagenics, a company dedicated to the development of drugs for the treatment of heart failure.

His hobbies include mountaineering, skiing, hiking, and swimming. He is married to Maru and they have six children. 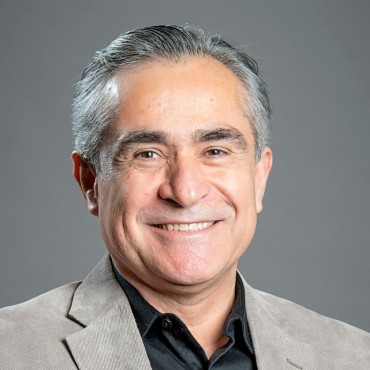 Escamilla has the responsibility of continuously promoting philanthropy, which will be important now more than ever due to the complex economic times we are facing. He is responsible for governmental relations with the challenge of articulating Tec’s role before the country.

He received a bachelor’s degree in Agronomy in Production Engineering from Tec, has a Master’s Degree from the Michigan State University, and a PhD from the Texas A&M University.

With 28 years of experience in the institution, he has held positions such as professor, major director and corporate relations with the Queretaro Campus, where he promoted the summer residence of businesses in Mexico and foreign countries. He also developed Tec in the San Luis Potosi Campus, and during the last 11 years has performed as Rector of Tecmilenio, guiding and promoting its growth. 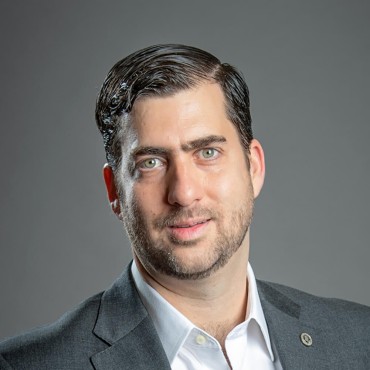 Juan Pablo Murra Lascurain is Rector for Higher Education Programs of Tec of Monterrey. He is an Industrial Engineer from Tec and has an MBA by the NYU Stern School of Business.

Before being appointed to this position, Murra has performed as Vice-President of Relationships and Development, Dean of the Business School, EGADE Business School, and Vice-President of Planning and Transformation. He served as a Secretary of the Directive Council of our institution from February 2012 to April 2020. He is a professor of family business and cooperative government in the institution.

For 11 years he was a consultant of business for McKinsey & Company, a firm in which he attended to clients in the private, social and public sector. He has worked on projects related to energy, consumer goods, detailed commerce, education, philanthropy and private investment funds. He has had clients in Mexico, the USA, Russia and Brazil.

Murra is the Vice-President of the council in the Civic Council of Institutions of Nuevo León and member of the council of the Entrepreneurship Institute Eugenio Garza Lagüera. 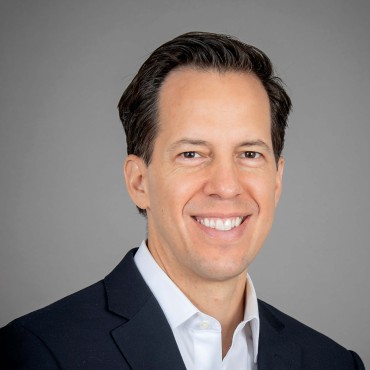 Miguel is responsible for supporting strategic decision making for the ongoing transformation of the Institution, through the definition of the financial strategy and the investment policies.

He holds a BSc in Industrial and Systems Engineering from Tec de Monterrey, and a MSc in Finance from Warwick Business School.

Miguel has international experience in the United Kingdom and in the United States, working as an investment banker for J.P. Morgan and Jefferies LLC. Previously, he participated in redesign processes for important government and private institutions such as Mexico’s Internal Revenue Service, and collaborated with Neoris, a Mexican consulting firm. 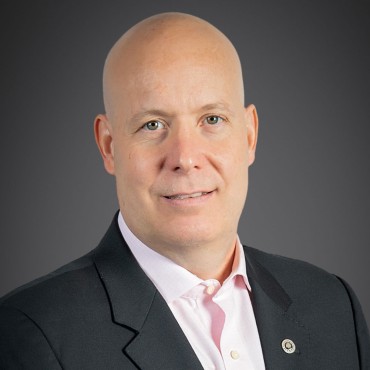 García has the responsibility of generating extraordinary experiences for professors, and collaborators through agile technologies that potentiate the development of people, and create value to the institution.

He has a bachelor’s degree on Marketing from Tec of Monterrey, has an MBA by Houston University, and has participated in several specialities in Cornell University and IMD Business School.

García has collaborated at Tec of Monterrey since 2012 as Vice-President of Talent and Culture, developing a culture with high values, meritocracy, and trust in collaborators through the transformation of the experience and process of self-management.

He has performed several roles in Human Resources in corporations such as Philip Morris International, BP, Interceramic, and CEMEX. He has participated in projects in several countries such as India, Egypt, Venezuela, Spain, Indonesia, USA, Panama and Colombia. 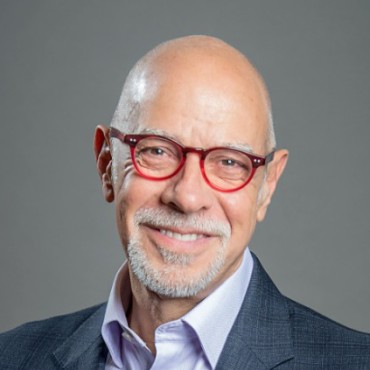 Etcharren has the responsibility to maintain our different audiences linked and captivated to achieve Tec of Monterrey’s mission. He has a bachelor’s degree in Economics from the Anáhuac University with a Graduate degree in Planning.

In 2018, he joined Tec of Monterrey to promote its brand through different communication and image strategies. 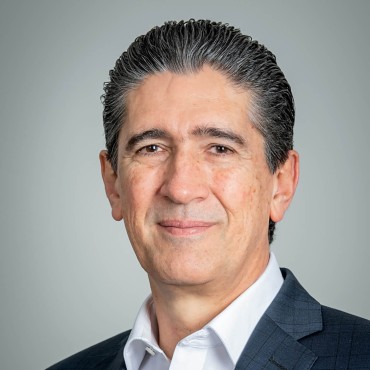 Gutiérrez is responsible for ensuring that the alumni, through our different campuses, have an extraordinary experience, as well as coordinating Tec of Monterrey’s different high school campuses.

Victor Gutiérrez has collaborated with Tec of Monterrey for 30 years, where he has performed different roles such as professor, Director of Campus Computing, Director General of Campus, Rector of West Zone, Rector of North Zone, and Vice-President of the North Zone. 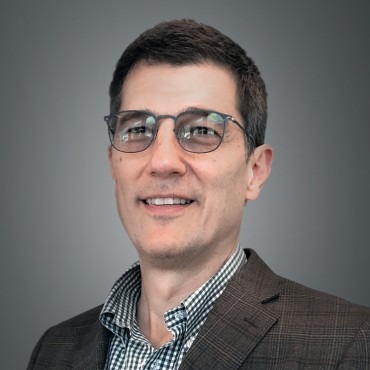 He was Director of the Eugenio Garza Lagüera Entrepreneurship Institute at the Tecnológico de Monterrey, from august 2018 to june 2020.

From march 2017 to june 2018, he was Director of the Master of Business, Innovation and Creativity at CENTRO, CDMX. From october 1996 to february 2017, he was Managing Partner of the investment bank Evercore Partners (formerly Protego Asesores), in the area of advice on Mergers and Acquisitions.

From 1993 to 1995 he was Director of Banregio Systems, Banco Regional de Monterrey.

Between 1984 and 1992, he developed companies and projects related to information technologies and industrial automation.

As a social entrepreneur, in the year 2000 he co-founded Ingenium, ABP, a non-profit institution that provides education and hope to society in the field of mental health.

Hugo Garza is a Computer Systems Engineer from the Tecnológico de Monterrey and obtained a Master's degree in Business Leadership at Duxx.