The game of sound: the story of Mexican Oscar's winner Carlos Cortés

Carlos Cortés, a former PrepaTec student at the State of Mexico campus, is one of three Mexicans that won the Oscar

He has been playing with sounds since his childhood. At home, he would take a cassette, put it in the tape recorder, and start experimenting, recording sounds over and over again.

“I still have my dad’s Pioneer tape recorder that I used to record on,” he recalls. “He also had a Kenwood reverb system which I would play with.”

Now, as one of three Mexicans that won the Best Sound Oscar, for the movie The Sound of Metal, Carlos Cortés shares the story of his path through the world of sound.

After spending his childhood with music-loving parents, he became a musician and recorded with his band... but then he came to a crossroads and had to decide what to study. 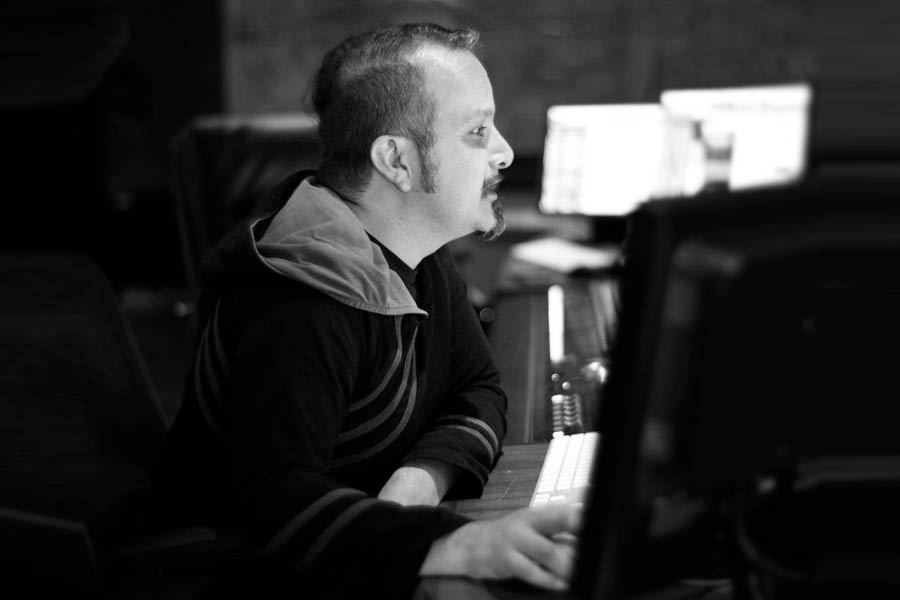 On reaching high school, Carlos was already passionate about music and a guitarist in his own band.

“I would borrow microphones, record, and play with the band. I was always the one connecting everything.

“We called ourselves Slalom; we did fusion rock, a bit of jazz, and then, all of a sudden, I was starting to play with distortions,” he says.

Now, the soundtrack to the movie Sound of Metal has been described by The New York Times as having an “extraordinarily intricate soundtrack.”

When Carlos graduated from PrepaTec in the State of Mexico, he faced a dilemma: there were no audio production degrees (like the one that Tec now has, for example).

He went on to study Electronics and Communications Engineering, but soon changed his mind.

“Yes, I liked it, but it was difficult. I honestly couldn’t see myself developing phones.”

I honestly couldn’t see myself developing phones. I told them it wasn’t working for me.”

He spoke to his parents and told them he wanted to go abroad to continue pursuing the passion he had always had.

“I told them it wasn’t working for me and they understood.”

He emigrated to the US, to Ohio, where he found a school that he could afford, and managed to graduate as a sound engineer.

Carlos shares how it feels to get to the Oscar race.

“I still can’t believe it. I’m really happy that the work I do and effort I make every day is being recognized,” he tells CONECTA.

The Sound of Metal: confusion and peace through sound

“I was terrified the first time I saw it. There were days when the topic of conversation was: ‘Imagine if this happened to you’,” Cortés confesses.

And that is what The Sound of Metal is all about: someone who also lives off his ability to hear, a drummer, who begins to lose his hearing.

Therefore, the soundtrack tries to reflect the hearing loss with an interesting mix of silences and distortions.

“The soundtrack to this movie is very sensory.”

“The soundtrack to this movie is very sensory. We tried to have moments when it couldn’t be understood,” he explains.

The sound team was led by Frenchman Nicolas Becker, and included Mexicans Jaime Baksht and Michelle Couttolenc, as well as the American Phillip Bladh.

“We seek to convey the character’s desperation: he was able to hear, but he was losing that sense to the point of not understanding what people were saying to him.

“The movie is mixed in 5.1 channels and what we tried to do was to disorient the audience as much as possible: to make it distorted and annoying,” he says.

Cortés’ fine balance in The Sound of Metal

In The Sound of Metal, Carlos was one of those responsible for organizing and setting the correct timing and volume of the sounds, so they fit perfectly into each scene.

“We balanced levels so that the sound was coherent and had the impact required.”

Just like when he was a child who played with sounds, Carlos says that he had fun getting involved with each sound and remembers working on several scenes:

“There’s a wonderful concert at the beginning (...) and also a scene where Ruby comes out playing the piano and the camera zooms in and shows you how he perceives the sounds.”

He also remembers an emotional sequence in which the protagonist hits the base of a slide so that a child can perceive sound through the vibrations.

One of Carlos Cortés’s biggest influences is the prominent Mexican filmmaker Carlos Reygadas, winner of best director at the Cannes Film Festival.

Cortés has worked on several films with Reygadas and is a sound mixer at his Splendor Omnia studio, which provided the soundtrack for The Sound of Metal.

“Working with Carlos (Reygadas) has allowed me to grow exponentially because of the level of precision he wants from each sound.

“For example, (Carlos will ask you) what a bull’s hoof on the grass would sound like. And then there are 16 bulls that you need to put into perspective.”

In fact, he also met the other two nominated Mexicans through Reygadas.

“I had already collaborated with Jaime and Michelle on a Reygadas movie. We made a very good team, and it was suggested that the three of us work together as mixers.”

On the morning of March 15, Cortés was notified of the Oscar nomination by Nicolas Becker, the team’s supervisor.

“I found out we were nominated when Nico Becker woke me up. He lives in Paris and he called to tell me. We were overjoyed!” 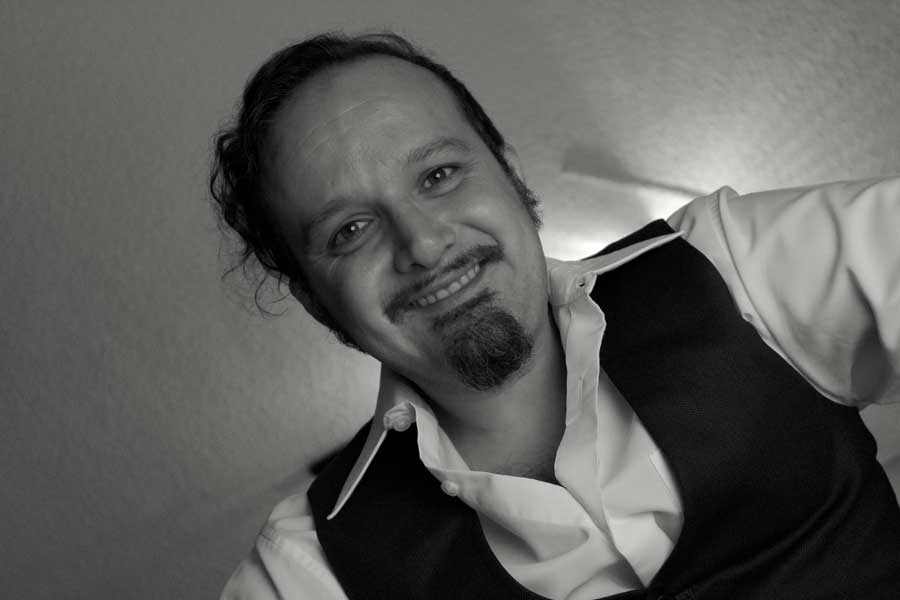 Keep dreaming and playing with sounds

Carlos Cortés Navarrete has worked on 81 movie productions during a career spanning 13 years.

He has worked on films such as Nosotros los Nobles and the documentary La Tempestad, which won him an Ariel in 2019.

Now, he is not only an Oscar's winner but also a BAFTA's winner too.

“I’ve seen that the level in Mexico has risen quite a bit in the last few years. There are a lot of passionate people working in this area,” he adds.

In fact, he believes that his time at PrepaTec and Tec de Monterrey helped him develop a sense of professional responsibility.

“I like the rigorous approach that the Tec has. It helps you understand the importance of discipline, something you need all the time working in a studio.

“If you don’t know how to find what you need, you’re taking away valuable time from the production.”

“Working on sound means you’re faced with many challenges. There’s always a symphony out there.” 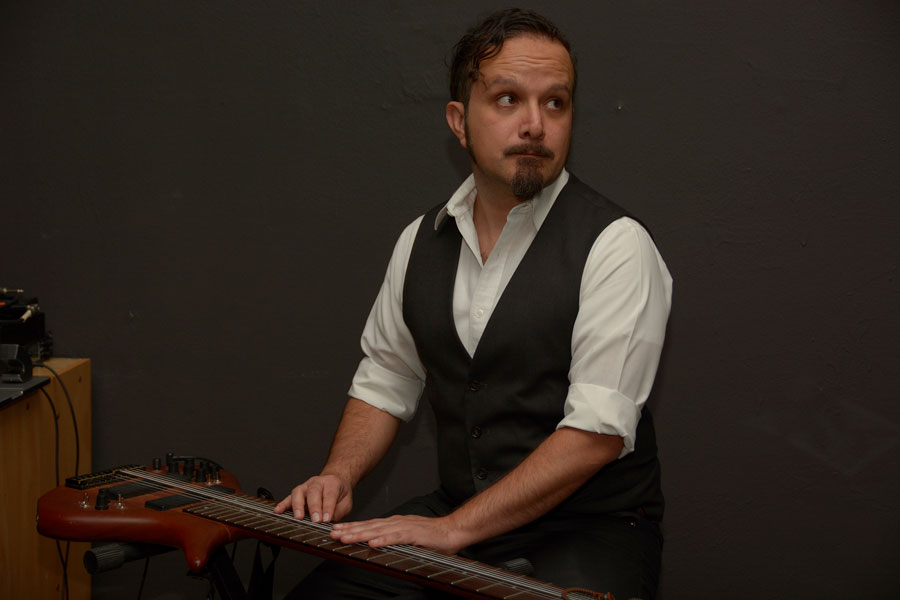 In addition to cinema, Cortés has also dabbled in theater and art installations.

He has worked on Savia and Yogamoi, in Paris, and on La montaña invisible, a 14-speaker installation on 1,200 square meters at MUCA in Mexico.

“I enjoy doing what I love: working with sound, be it for an audiovisual project, a concert, or an installation.”

So, just like when he was a child who played with cassettes, Carlos wants to continue playing and being involved with sound.

“Working on sound means you’re faced with many challenges. There’s always a symphony out there,” he concludes.

“I enjoy doing what I love: working with sound.”

The Sound of Metal chasing the Oscar

The Darius Marder-directed film got 6 Oscar nominations (half of those given to Amazon Prime Video), including Best Picture and Best Screenplay.

The Oscars is the name given to awards from the United States Academy of Motion Picture Arts and Sciences. This year, they will be given on April 25.