The winners presented a methodology with an algorithm for managing warehouses to make the most of space.

The graduates took part in the MIT SCALE Latin America Conference, an international conference organized annually by the MIT Center for Transportation and Logistics at which the most current research on supply chain and logistics is presented.

Here, the graduates presented their RRSL (Rotating Rack System Learner) project, a methodology with an algorithm that could be used for managing warehouses.

This project, which swaps places assigned to different products in order to make the most of the space, was created in the iSemester, a program in which students strengthen and develop their skills through experience-based learning experiences. 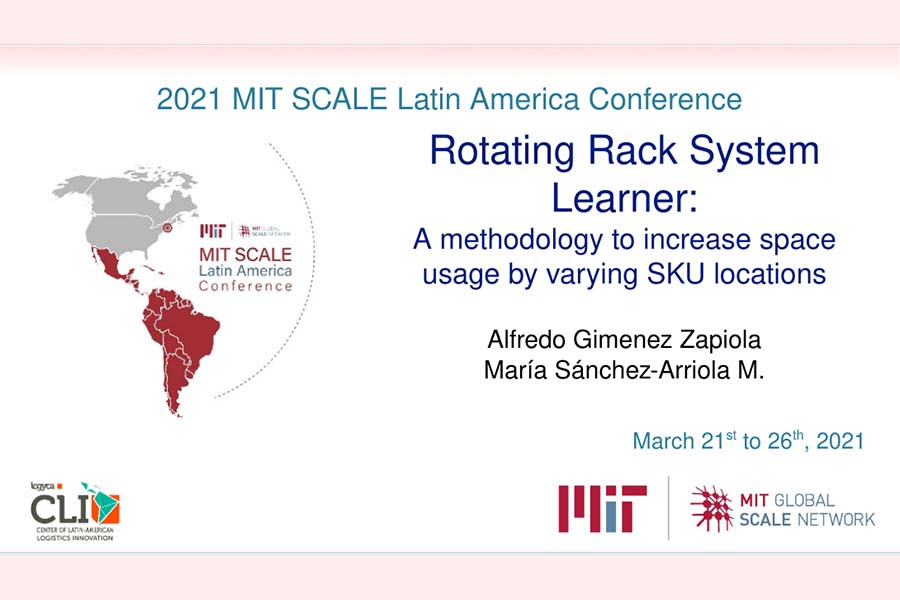 Participating was an achievement in itself

Both graduates said that being invited to participate was an achievement in itself.

“The distinction filled us with joy! At the same time, it was confirmation that everything we’d worked on toward the project was worth it. This motivates us to want to carry on questioning and proposing feasible solutions for supply chain processes,” stated the winners.

“We devised our proposal after having visited the warehouse of a major distributor in Mexico during the iSemester, and we wanted to provide an algorithm that would adapt to what can actually be done to maximize the available space,” they explained.

The engineers mentioned some of the skills they’ve acquired at Tecnológico de Monterrey that earned them recognition.

“At the conference, we were congratulated for answering questions as if it were a real business, and for speaking clearly and concisely. At the Tec, we’ve clearly had very good training on giving presentations, be it for academia or for business, and that was reflected in this situation.

“At the same time, we can think of this research as one of our “ventures”. At the Tec, there’s a strong culture of innovating and seeking to improve what exists in an applied way,” they said.

Finally, they shared that the Tec had provided them with the opportunity and support.

“The fact that they trusted us to carry out research, instead of having a conventional semester, allowed us to further develop our ideas. At the same time, the Tec has encouraged us to want to innovate in what we do, which can be seen in this project,” they concluded. 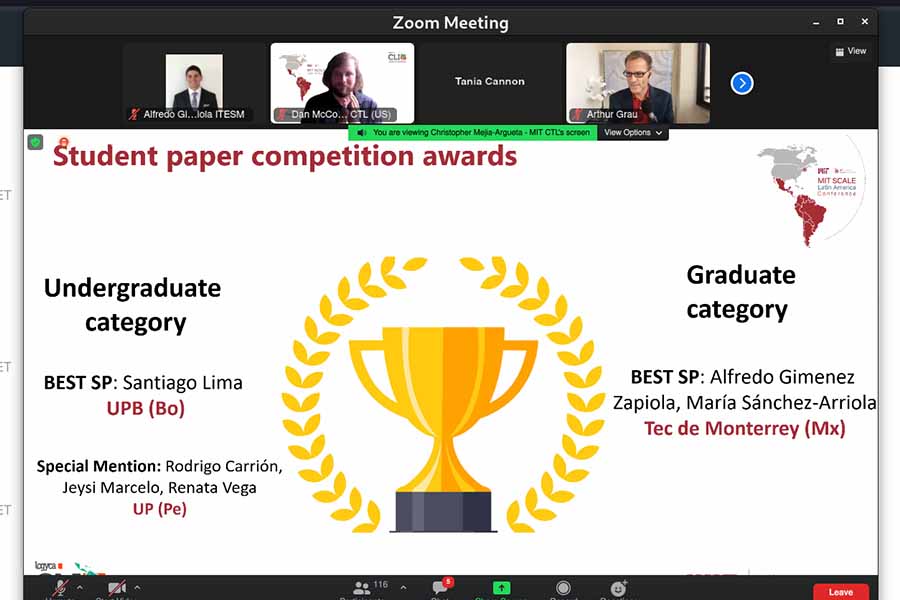