Jaime Lomelín started his career as a swimmer at the Tec. 40 years later, he has broken records, won races, and gained international recognition.

Open water swimmer Jaime Lomelín hopes to be the second Mexican to be given the Man of the Year award by the World Open Water Swimming Association (WOWSA).

Lomelín was already among the top 12 open water swimmers in the world in 2020.

Jaime was nominated by Antonio Argüelles, the only Mexican swimmer to have won the Man of the Year award, in order to be able get into the final 12.

“The nomination was given to me for a career spanning more than 40 years and for my Mexican records. I’m competing against 11 other swimmers from around the world,” Lomelín told CONECTA.

The swimmer began his sporting career while studying Chemical Engineering and Administration at Tecnológico de Monterrey. 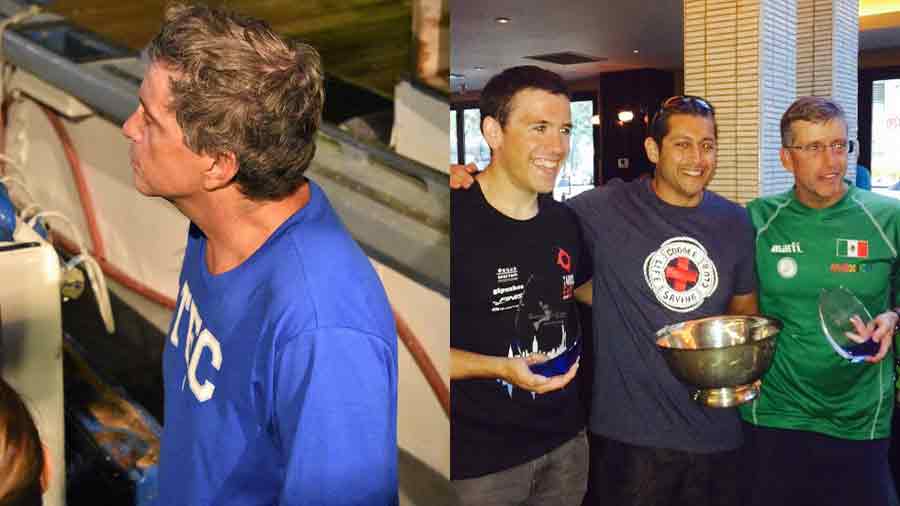 His beginnings as a professional swimmer

Jaime began his career as a swimmer while studying for a degree at the Monterrey campus.

“I was on the Tec swimming team for the 4 and a half years of my degree. We had a coach from Acapulco, and he took us to the Guadalupano Swimming Marathon.

“We went every year during my time at the university. That’s where I acquired the taste for swimming. I found my passion at Tec de Monterrey,” recalled Lomelín.

After graduating with a degree in Chemical Engineering and Administration in 1985, Lomelín decided to keep swimming alongside his professional activities.

Jaime says he participated in some of the most iconic races and swam against some of the best competitors in the world for six years.

“The ‘creme de la creme’ of open water swimming were there. In my first race at Capri-Naples in 1987, I came in fifth place and broke Guillermo Echeverría’s Mexican record,” he shared.

From there, his passion for open water swimming became greater and greater and led him to further national and international competitions.

“I’ll continue doing it as long as my head, my heart, and my body will let me,” said Lomelín. 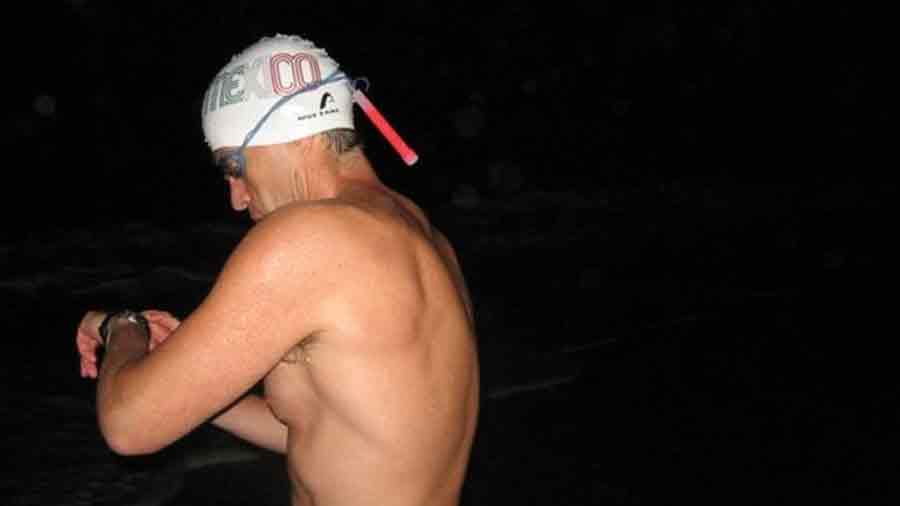 In 1990, Jaime fulfilled one of his dreams by crossing the English Channel, a 34-kilometer stretch of sea between England and France.

“It’s like Mount Everest for swimmers. It’s the oldest event, it’s the most emblematic one, and you find yourself in cold weather, with strong currents, and jellyfish,” he commented.

Lomelín remembers that he had 3 goals to achieve during that competition: reach France, break the Mexican record, and to have one of the best times for Latin America.

In the end, he achieved all 3 objectives and was only the sixth Mexican to have crossed the Channel.

Throughout his career as a sportsman, he has won first places in competitions in Mexico at Los Cabos, the Guadalupano Swimming Marathon in Acapulco, and at the Sumidero Canyon, to name but a few.

He’s also achieved the Triple Crown of Open Water Swimming which consists of 3 races: the English Channel; the Catalina Channel in California; and the Manhattan Island Marathon Swim in New York.

Among the top 12 open water swimmers in the world

Lomelín recently competed in Los Cabos, where he was recognized as the most competitive open water swimmer of all time at the Open Water Swim 2019.

As a result of that race, in which he won first place, as well as his career of more than 40 years, he was nominated for the Man of the Year award by Antonio Argüelles, the first Mexican to swim the English Channel.

“The conditions were against us. For the first 4 or 5 hours, the sea was calm. With 12 or 13 kilometers to go to Cabo San Lucas, there was a strong current and a lot of wind.

“That made the race more complex than it should have been. I did it in 10 hours and 35 minutes, but if that section hadn’t been so rough, I would have done it in less than 10 hours,” Jaime recalled.

The best swimmers of the year are nominated in the competition, organized by the World Open Sea Swimming Association, resulting in 12 finalists.

Lomelín is the only Mexican in the 2020 competition and the winner is decided by an open vote on the website throughout January.

“The simple fact that they have nominated me is very pleasing and, as I am a good competitor, I will do everything I can to win,” added Lomelín.

He and Argüelles, who has already won first place before, are the only Mexicans to have taken part in this competition.

His dreams and goals for the future

“I remember my days at the Tec when I was younger. I wanted to swim on the circuit and to compete against the best.

“That was my dream. To test myself and to see how I did. Swimming and competing against them,” he recalls.

At the age of 57, after decades of competitions and many records, Jaime explains that he does not plan on stopping until he can’t go on physically and mentally.

“The brain is a powerful thing: it can play for or against you. You have to train it to have positive thoughts. It is as important as, or even more important than, physical training,” he says.

Along with his passion for open water swimming, Jaime is Vice -President of Sales and Marketing at the Osel paint company.

He also has 3 children, who he occasionally competes against in the pool.

“It’s more about playing, but my kids are competitive. They always tell me to give them a few meters of advantage so they can have a ‘little race’.

“Today, my goals are to do the best I can in competitions and swims. I still want to break some Mexican records,” concluded Lomelín.

Here are some of his records:

The Mexican with the best time at:

You can vote for Jaime Lomelín here: