Unable to retrieve https://tec.mx/en/news/national/research/mexican-solves-yet-another-ancient-optics-problem at this time, please check again later.
Rafael González, Alejandro Chaparro, and Julio Gutiérrez are coauthors of a book that provides the solution to spherical aberration in lenses
By Ricardo Treviño | CONECTA News Desk - 06/12/2020

“There are encyclopedias and books at home, and I’d always wanted to write a book about one of my discoveries.”

This is how Rafael González, a PhD student from Tec de Monterrey who has solved two centuries-old optical physics problems, describes his debut as coauthor of the book Analytical Lens Design, published by the Institute of Physics (IOP) in the United Kingdom.

Rafael wrote the book with Alejandro Chaparro and his PhD advisor at the Tec, Dr. Julio César Gutiérrez. In the book, they explain the analytical solution to spherical aberration, a problem that the Greek mathematician Diocles raised 2,000 years ago. 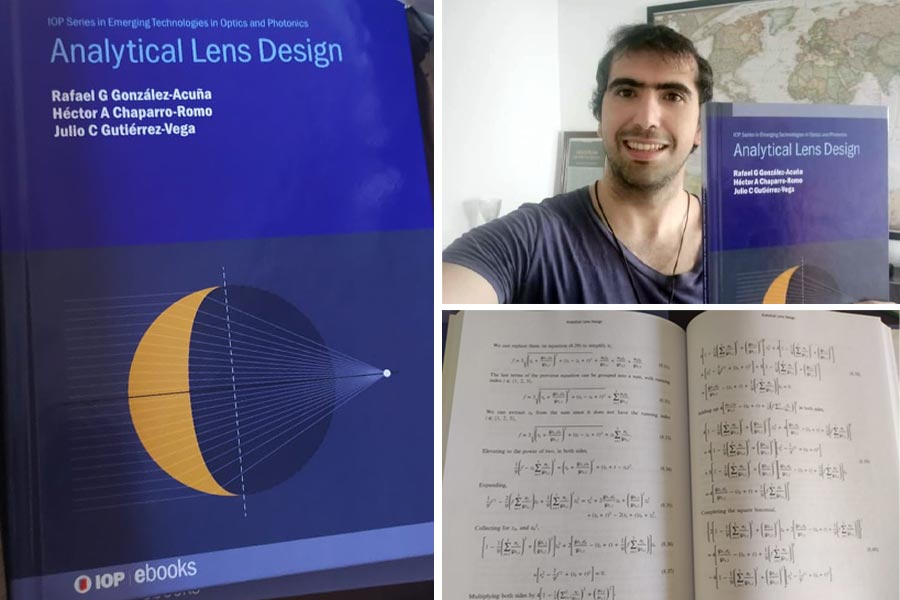 Rafael says that as the book was printed in Britain, one copy will be sent to the British Library.

“It’s going to be there forever and could help motivate a lot of people, because it’s something tangible,” says this graduate in Industrial Physics Engineering from the Monterrey campus to CONECTA.

When he was a child, his parents in instilled him a love of books. He always wanted to write a science book but thought that he would do it when his hair had “turned gray”.

“I don’t know if I’m the first Tec student to write a technical book while studying, but it’s a dream come true for me. It’s an endorsement from the very prestigious IOP of all the theory I’ve developed since I started my PhD,” explains this 29-year-old student.

The book consists of 15 chapters (over 270 pages) that set out the history of the problem of making objects appear sharp when viewed through spherical lenses. The authors explain the formula and the solution models.

This work was published in two versions: hardback, at a cost of 190 dollars, and digital, at 100 dollars.

“The subject matter of the book is very specialized. I think it could go to research institutes, universities, and also companies that operate in the area of optical design,” says Rafael.

Rafael met Barry Johnson, former president of the International Society for Optics and Photonics, at a physics conference in San Diego, California.

“We then began exchanging a lot of emails, purely on technical matters, about equations and papers. One day, he asked me about my thesis, and I told him I wanted to write a book that covered the entire topic of my research and the history.

“He told me he was now book editor at the IOP, which is about 200 years old and very prestigious. He said it would be interesting to do a book about my research and I was obviously excited about it,” Rafael recalls.

After sending the book proposal and receiving approval, the 3 authors signed a contract in November 2019 and worked hard for two months to complete the work. 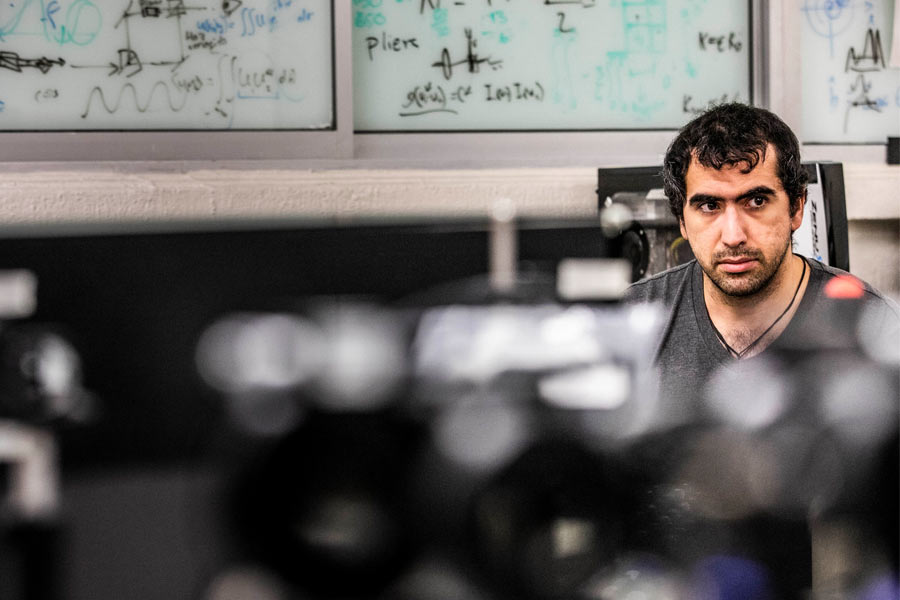 When Rafael was 27, he and Alejandro published the paper General formula for bi-aspheric singlet lens design free of spherical aberration, receiving the Editor’s Pick from the journal Applied Optics.

“I realized that at the age of 27, I was the first Spanish speaker and the youngest person to receive the Editor’s Pick. We were also at the top of the journal’s list of downloads for about a year,” he emphasizes.

The recognition he has received for solving this problem includes the Rómulo Garza Award in the category of Postgraduate Student Research Work, as well as an award from the Mexican Academy of Optics.

Rafa has also received a scholarship from the International Society for Optics and Photonics and an invitation to the 2021 Lindau Nobel Laureate Meeting in Germany, which will be attended by around 70 Nobel Laureates and 600 students from around the world.

“I haven’t had time to take in everything that’s happened. It’s sometimes hard for me to believe that someone like me has achieved this at my age. So, I just stay focused and keep on working,” says Rafael. 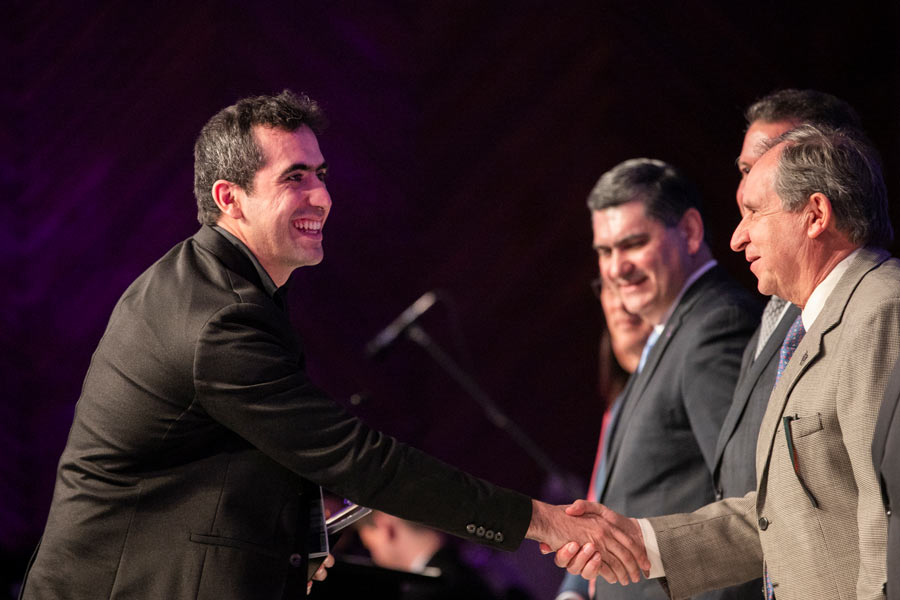 HE DEDICATES HIS ACHIEVEMENTS TO HIS FAMILY

This physicist says that sharing the fruits of his success with his family is what he enjoys most about fulfilling his dreams and having made a historic achievement.

“When the courier came to my house, I was having lunch with my mom. I was really excited, and I told her: ‘My book’s here!’ We opened the box together, flipped through the pages for a while, and read all the acknowledgments, where obviously I mentioned my family. It was a great moment.

“It was very satisfying to receive the Rómulo Garza Award too, which happened because I discovered that formula. But I think that what I liked most is that my parents were really happy, and they went with me to the awards ceremony,” he says.

HIS PARTNERS: KEYS TO THE RESEARCH

After receiving a bachelor’s degree in Industrial Physics Engineering from the Monterrey campus of the Tec, Rafa studied a master’s at the Optical Research Center in Guanajuato, where he met Chaparro.

Chaparro invited him to attempt to solve the problem of spherical aberration, which put him on the map as a physicist.

After a while working in companies, Rafa became interested in studying for a PhD at the Monterrey campus of the Tec, where he was reunited with Dr. Julio Gutiérrez, who had taught him when he was an undergraduate. He encouraged Rafa to enroll on the PhD program and is now his mentor.

Rafa then wrote another scientific paper with his professor in which he debunked a myth (also proposed by Newton) that sphero-chromatic aberration could not be corrected with a single lens. 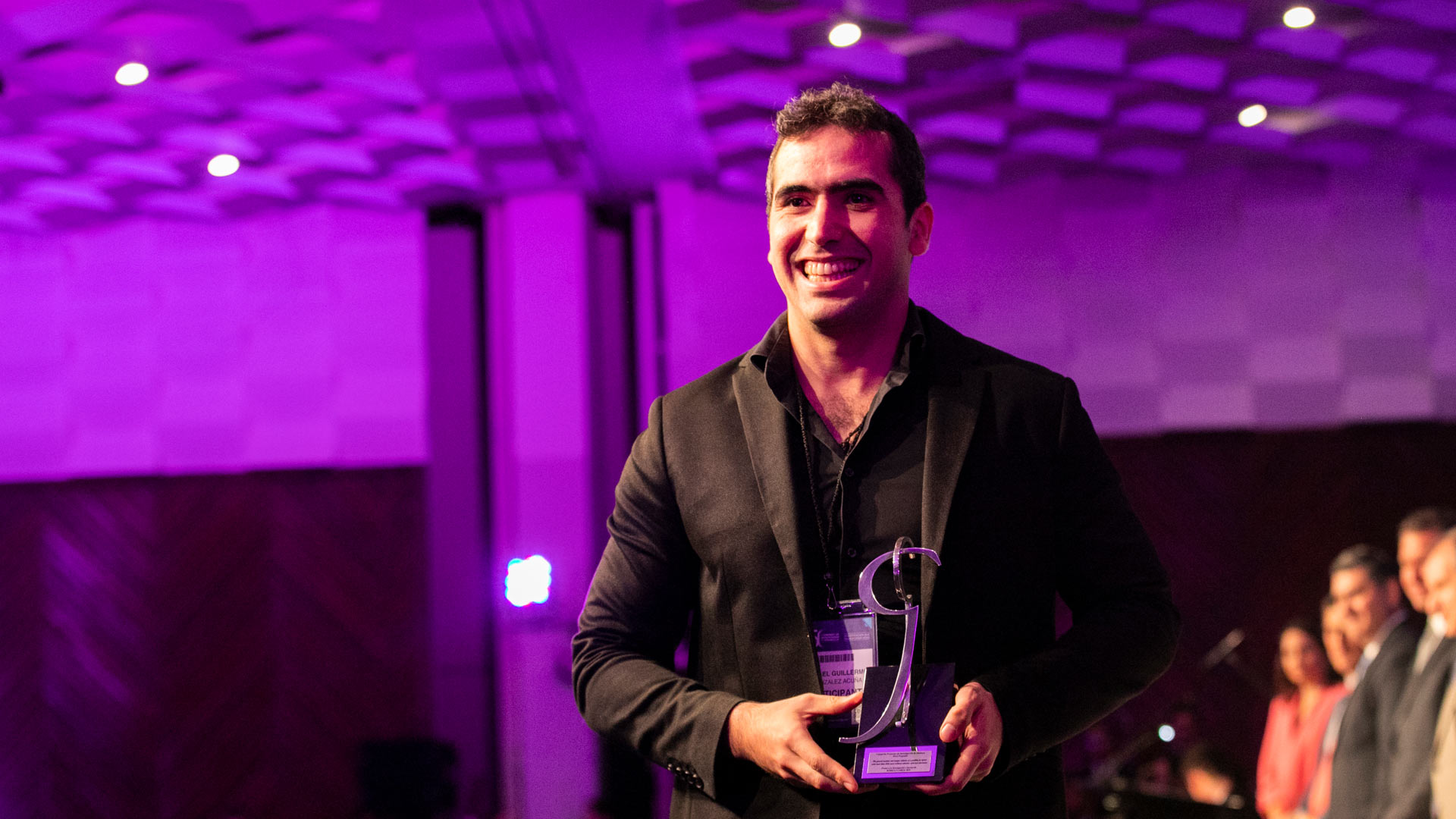 He’s also working on a second book with Chaparro, which he hopes will also be approved and published by the Institute of Physics again.

“The people at the IOP liked the work. It’s a very serious company and they’ve offered us another contract. This is a kind of follow-up and we’ve devoted our time to writing the book over the course of the pandemic.

He explains that this second book is about solving the Eikonal Equation.

“It’s a nonlinear partial differential equation. It’s about how the light ray wave front changes over the length of the lens and comes out spherical, perfect,” he explains. 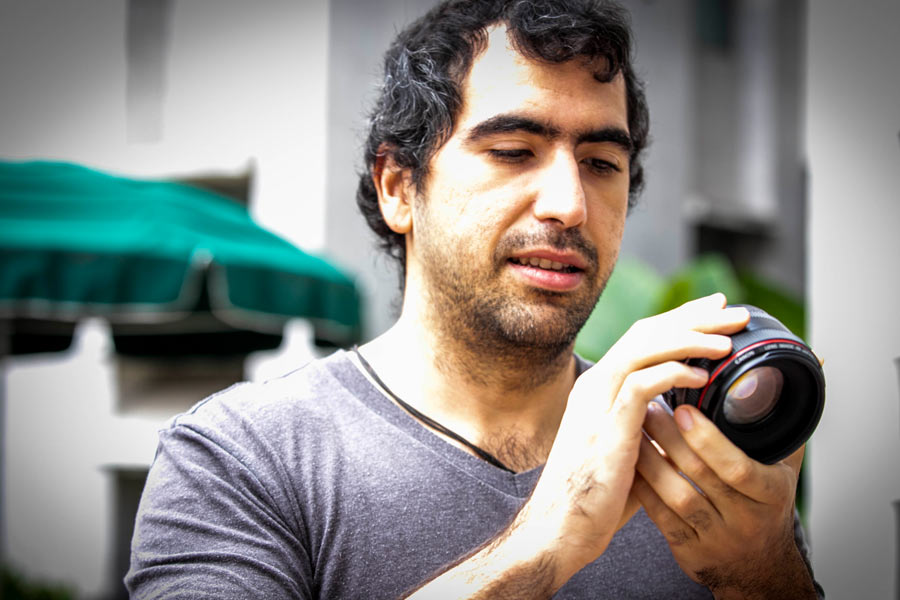 THE SCIENTIST OUTSIDE THE LABORATORY

“I’m an extrovert. I think I’m quite straightforward. I don’t like to say too much. I try to be the same friendly person as always. I’m quite passionate: if I end up liking something a lot, I work on it until I’m fed up or exhausted,” says this student.

He talks about his colleague Alejandro with enormous respect, as he does for his mentor, Dr. Gutiérrez, and certain scientists who have inspired him such as Christian Huygens and Leonhard Euler.

However, Rafa admits that it’s not all science, as he spends his spare time on hobbies, just like anybody else.

“I’ve always liked reading a lot. My parents really encouraged me to read, but I also like weightlifting and I bought some bongos recently. I played guitar before and I also play video games in hard mode.”

This PhD student is currently working with the University of Oxford on developing a microscope lens that can be used in cellphones.

At the same time as writing his second book, Rafael is also preparing to conclude his studies for a PhD in Nanotechnology at the Tec this year.

He says that he would like his book to be in the Tec’s library soon.

“I think that besides the mathematical and analytical message of the 2,000-year-old problem and all that, I feel that (the book) could be motivational for students. They might say, “This author studied in the same classrooms as I did,” he concludes.