The scientific journal “En-claves del pensamiento” is the first from Tec de Monterrey to be indexed in the Scopus bibliographic database.

The scientific journal “En-claves del pensamiento”, from the School of Humanities and Education (EHE), has become the first publication edited by Tec de Monterrey to enter the Scopus bibliographic database.

Dr. Javier Camargo, the journal’s editor-in-chief, highlighted that the publication contributes to raising the Tec’s prestige and international presence by being indexed in a repository that’s considered one of the most important in the world.

“The importance lies in the fact that we are the first scientific journal edited by Tec de Monterrey that’s in Scopus. It’s the EHE strategy to support the creation of publications that contribute to recognizing the Tec’s prestige.

“Not only with researchers who publish in well-known journals, but also with the ability to influence communities of researchers who trust the journal and the Tec as a channel of communication,” he said. 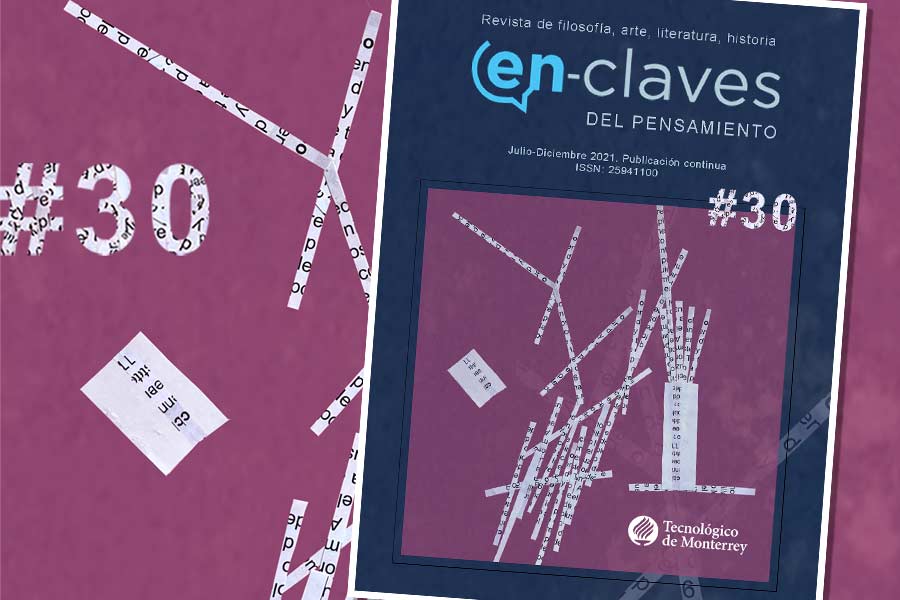 A publication open to generating knowledge

En-claves del pensamiento is an open access scientific journal that allows authors from within and outside of the Tec to publish articles and reviews, as well as those from other, mainly Spanish-speaking, countries.

“As an international journal, we aim to have not just authors and reviewers from the Tec, but also from other institutions and nations,” said Dr. Camargo, who is also director of the Doctorate in Humanistic Studies at the Mexico City campus.

The publication, created in 2007 by Dr. Dora Elvira García, aims to disseminate the fruits of research in four disciplines of the Humanities: philosophy, art, history, and literature.

It’s a free bi-annual journal, which will be published in Spanish and English from July. Its main focus is to address issues related to human vulnerability and how it’s reflected in these four disciplines.

It focuses on two types of content, scientific research articles and book reviews. These are peer-reviewed using a double-blind method (without knowing the author’s name) that determines their originality and contribution.

“It’s the School of Humanities and Education strategy to support the creation of publications that contribute to recognizing the prestige of the Tec.”

“We also contribute to open access because the articles are published in the journal at no cost to the authors and can be consulted freely.

“We’re interested in having more international representation and extending the participation of authors. Now we have authors from Spain, Argentina, Venezuela, and 46 institutions have published with us, “said the editor.

The publication is included in the Classification System of Mexican Journals and Science and Technology Journals as a Journal of International Scope.

“In Scopus, we’ve been indexed from the first issue of this year, and they gave us some positive evaluations in February 2021.

“It’s an institutional first that we’ve got exposure in terms of open access, scientific communities, trust as a channel of communication, and institutional commitment to the area of Humanities,” he concluded.

Scopus gets more exposure in the scientific community

An indexed journal is a research publication that is proven to be of high quality.

Dr. Camargo pointed out that since it’s indexed in one of the most important bibliographic databases today, the publication edited by the Tec will have greater prestige and visibility in the international scientific community.

“Being in Scopus allows us to go international. The advantage is that it’s a global database that reaches a wider audience. More people will get to know the journal (...) and it will have more exposure,” he said.

In addition, the editor points out that it can also positively impact international rankings at the institutional level, for example.

“There’s a Scopus index that measures institutions by their level of prestige based on the number of journals they have. It means that Tec de Monterrey is starting to show up on radars that we weren’t appearing on before.

“It’s something that we didn’t do before that demonstrates our institutional commitment to being a channel of communication, contributing to open access, and being a bridge in cooperation for the construction of global knowledge,” he added.

“Being in Scopus allows us to go international. The advantage is that it’s a global database that has a lot of exposure.”

Meeting the requirements to be indexed

In order to be indexed in this database, En-claves del pensamiento had to meet different requirements, including the following:

“Being accepted recognizes these processes that Scopus asks for. They’re selection requirements to determine the journals that, according to their criteria, have the greatest impact.

“Normally, we would be focusing our attention on our researchers getting published in Scopus but now we also have an indexed scientific journal, this means we are growing as an institution,” he said.

Scopus is considered one of the largest bibliographic databases in the world. It indexes articles, books and scientific journals focused on areas of science and technology, medicine, and also social sciences such as arts and humanities.

In addition, it’s used as a reference by international evaluators who are in charge of ranking the world’s universities to measure research and its contribution to different areas of knowledge.