In six months, the Tec de Monterrey Wastewater Monitoring Laboratory (MARTEC) has analyzed more than 1,600 samples to detect the presence of the SARS-CoV-2 virus and is already working to detect new variants.

MARTEC's director Roberto Parra says that this type of analysis has made it possible to track asymptomatic cases or to detect early cases of those who haven't yet shown symptoms to stop massive outbreaks of COVID-19.

"A large number of cases have been identified in record time. This shows the Tec de Monterrey's extraordinary ability to respond to the pandemic," Parra said.

Regarding the detection of new variants of the virus, Parra told us that collaborations have been set up with other institutional departments, such as the genomic sequencing laboratory Tec-BASE and TecSalud. This work is expected to get under way in August. 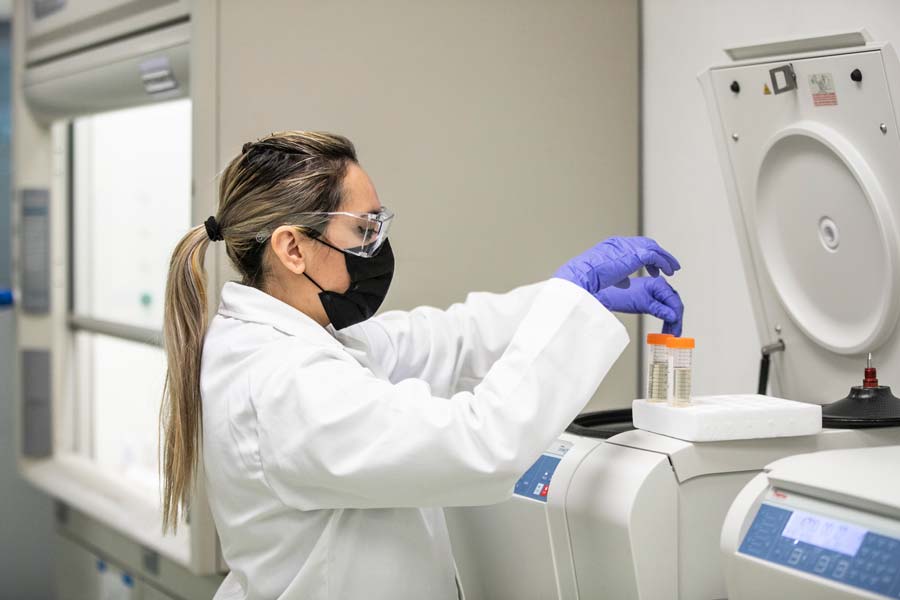 With genomic sequencing, it's possible to "read" virus variants in water

"We began analyzing the variants with a traditional method called genomic sequencing thanks to our winning an internal Tec-BASE project. We are monitoring wastewater using this technology.

"Additionally, we are developing different, more accessible, cheaper, and faster technology to identify these variants in wastewater, which could eventually also be used in the clinical field," explained Dr. Sosa. 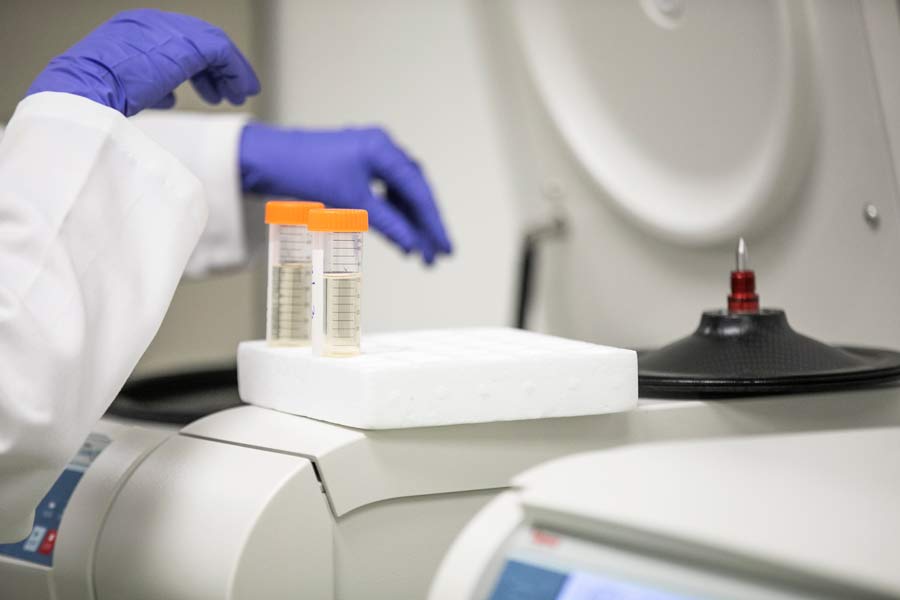 Sosa compared the detection of virus variants in genomic sequencing to a written text where every letter in a sentence has a meaning.

"In sequencing, you identify - as if you were reading - the next letter in the sequence chain.

"That way you already know what your sentence says. You recognize mutations when you note important changes in those letters. It's as if your sentence is now saying something else, so it can now be identified as a variant," explained the researcher.

Thus, researchers will be able to "read" each of the variants, even identify mutations in the same sample (a liter of water). There are different types of them, added Parra.

"We've created a method to be able to identify them quickly. We're developing something like a 'label' that identifies them immediately, so we aren't going through the longer traditional method. This technique is faster and cheaper," said Parra.

"We began analyzing the (SARS-CoV-2) variants using a traditional method called genomic sequencing (...). We are monitoring this part of the wastewater using this technology. 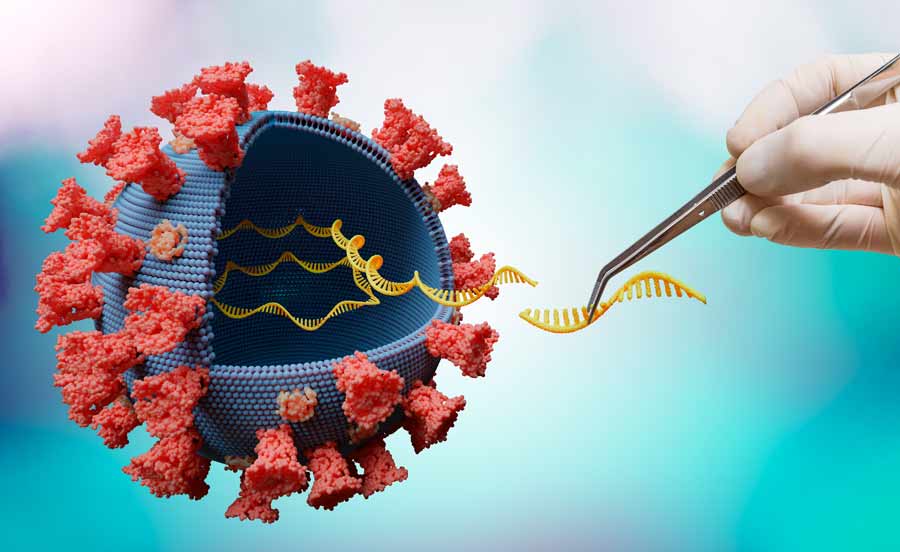 A partnership between the city of Monterrey and other universities

Dr. Sosa pointed out that, as part of the research in the development of the technology for detecting variants in wastewater, samples were taken from Monterrey and its metropolitan area, due to its large population.

"We're monitoring the city because we believe that it's very important to give this information to the government. If these variants arrived and began to spread here, it would put the population at serious risk," said Parra.

In this research project, MARTEC has the support of the FEMSA Foundation, as well as the Water and Sewer Services of Monterrey.

Sosa says that the goal of the MARTEC team is to make this technology available on campuses starting in August, just in time for the return of classes at the Tec.

"Let's just say that the design is ready. We need some deliveries from suppliers but our objective is clear: to start analyzing these samples as soon as possible to identify the variants or mutations," said Sosa. 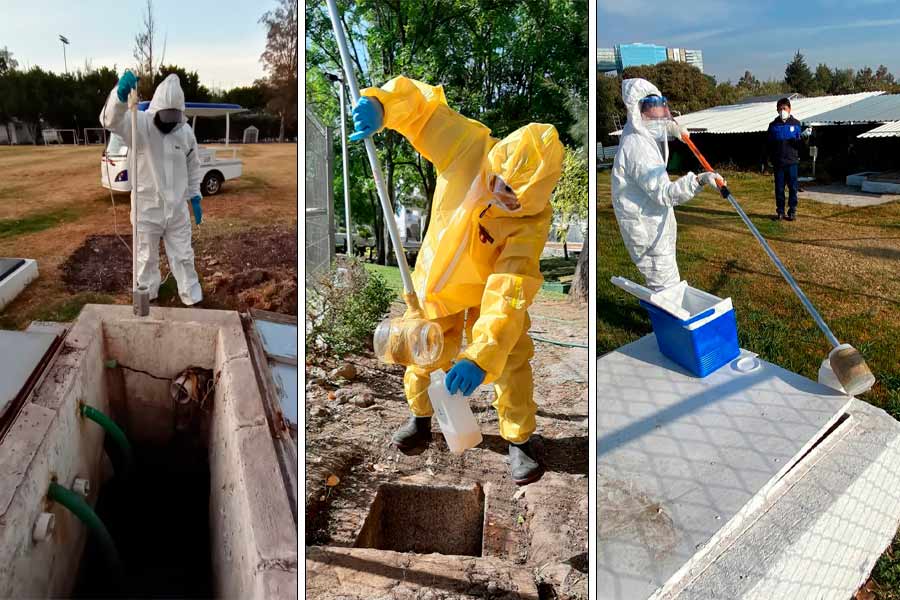 On the other hand, Dr. Parra emphasized that since they began their research into wastewater, MARTEC researchers have been collaborating with colleagues from Arizona State University (ASU).

"We continue to work together developing protocols and producing scientific publications that will have a huge impact on the scientific community. We are developing projects with Dr. Rolf Halden, a recognized leader in the field of water," said Parra.

MARTEC researchers are also currently participating in a project to train researchers from the UNAM, the National Polytechnic Institute (IPN), as well as the Mexico City Water System (SACMEX).

"We're providing training because we aim to establish a standardized protocol to be able to compare ourselves with other states and universities.

"For example, we want to analyze industrial estates or barrios. We could detect which variant is in the population, lower its impact or even determine what type of vaccines are the most suitable for this variant," said Parra. 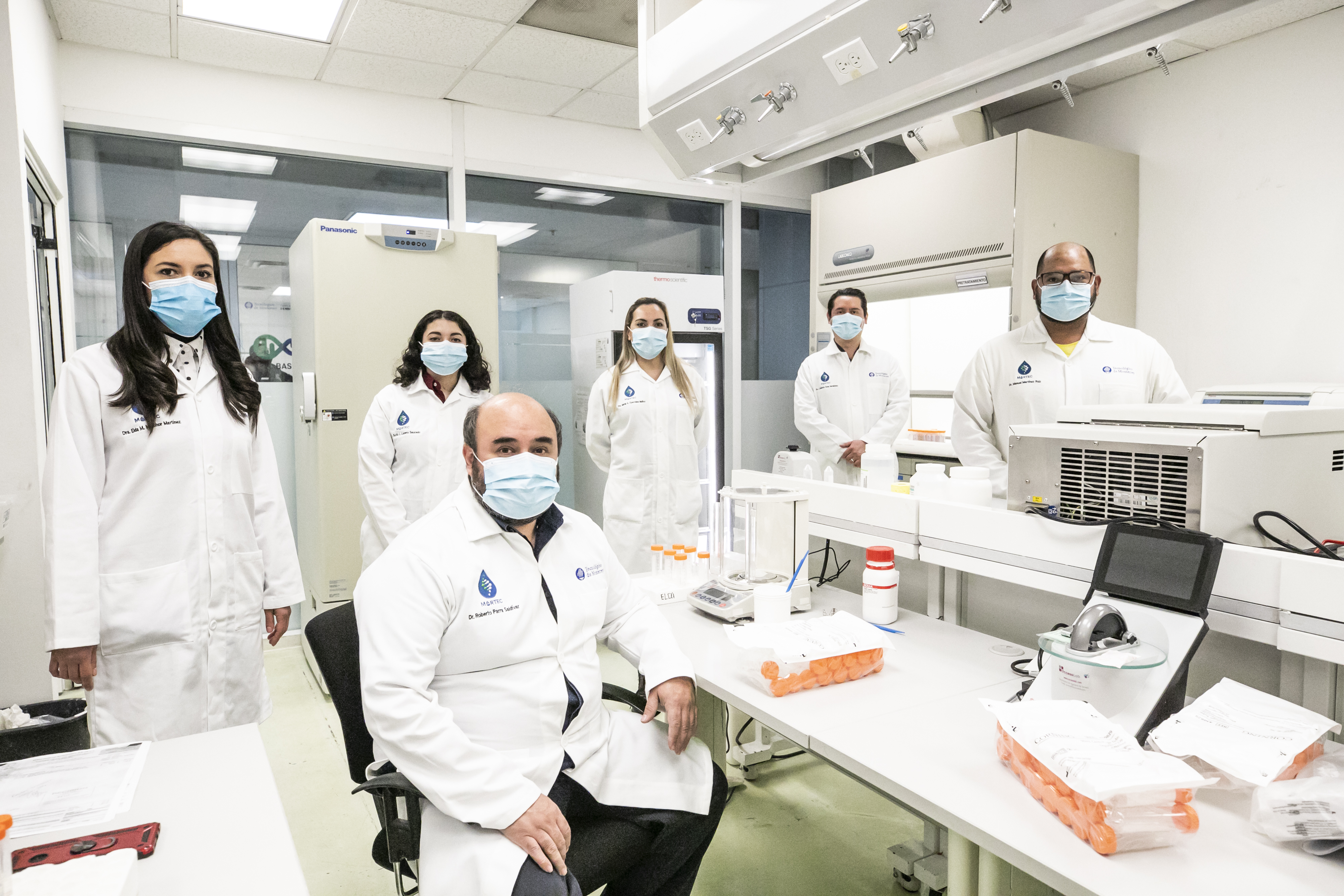 MARTEC's numbers in 6 months of operation

During a period of six months, the MARTEC laboratory has analyzed more than 1,600 samples (figure updated to July 8) on all of its campuses, including PrepaTec, laboratories, secondary schools, and Tec facilities (37 locations around the country).

"There are large campuses like Querétaro, Monterrey, Guadalajara and Mexico City, where as many as 15 or 20 samples are collected, while smaller campuses might send only two or three," pointed out Sosa.

"This has been possible thanks to the integration of many levels of the Tecnológico de Monterrey to guarantee the safety of the Tec community.

"The progress we have made on this project is incredible. We are the only university in all of Latin America (implementing a strategy like this) and it's a reason to feel very proud," concluded Parra.