At a virtual forum, the Tec’s rector and president has shared strategies to continue providing students with international experiences.

Taking classes with people from other countries without traveling by using technology is a strategy that will strengthen Tec de Monterrey’s partnerships for international presence in the post-COVID era, said David Garza in a panel discussion with Latin American university leaders.

Garza accepted that the crisis caused by the pandemic has been a challenge for universities, which is why some of the organization’s strategies to confront it have been to strengthen ties with other institutions, and to make effective use of technology.

One of these strategies that the Tec has been developing is the Global Classroom, which offers students virtual international experiences. 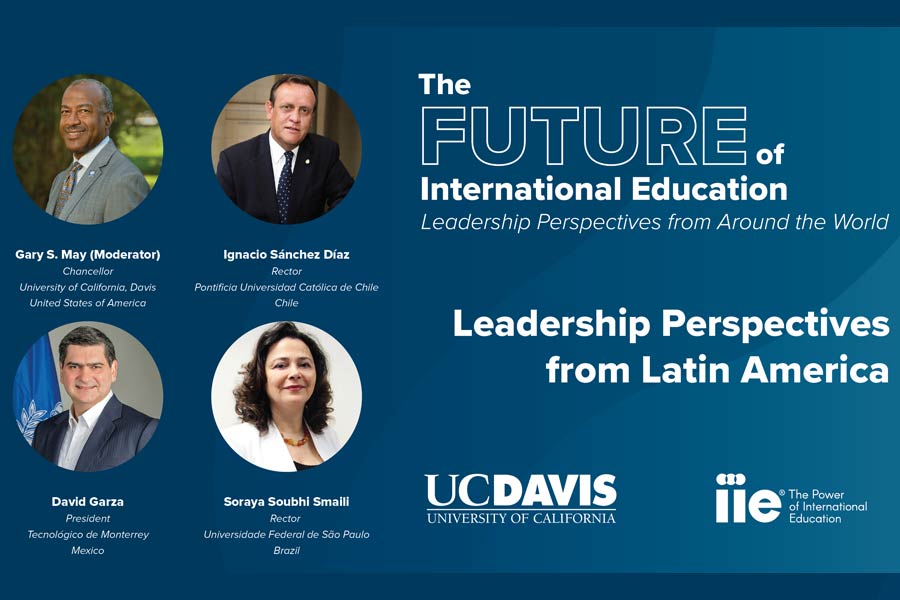 “We believe that international ties will become more complicated, but also much more relevant. Today, more than ever, we have to change how we think about ourselves to be able to collaborate, share experiences, and develop the synergies that will be crucial for development narratives,” he shared.

“We started developing a program that we call the Global Classroom, which includes extracurricular subjects in digital formats to provide international opportunities to our students or to students from other countries,” he added.

In the talk, the rectors shared strategies which they have put in place at their universities so as to continue offering their students international experiences during the COVID-19 pandemic, as well as their perspectives on the new normal. 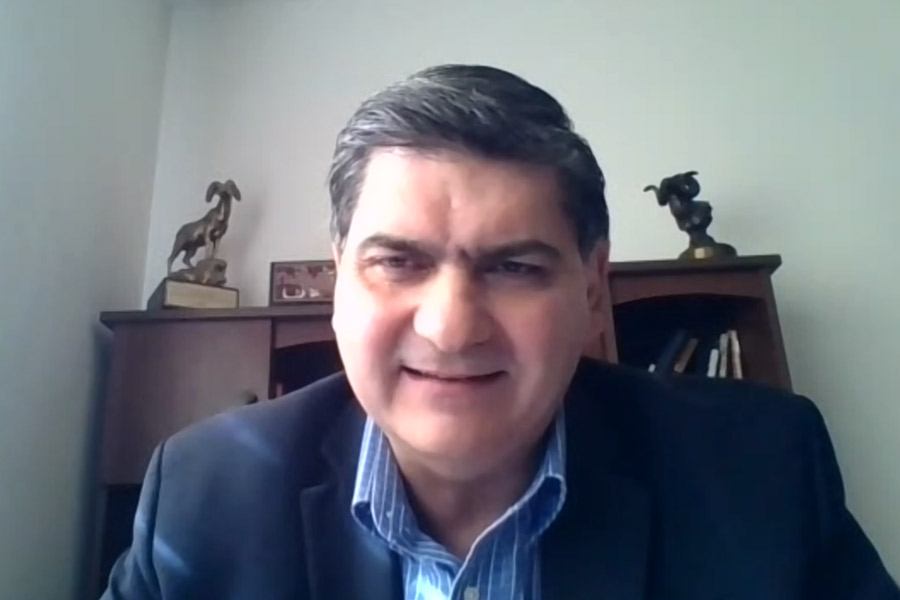 AN INTERNATIONAL EXPERIENCE WITHOUT LEAVING HOME

Garza explained that the Global Classroom program consists of virtual sessions with students and teachers from different parts of the world.

He said that the virtual student exchange program is not just about taking distance-learning classes in another country, but that there are elements for learning about other cultures and even socializing with people from different parts of the world.

“This digital experience is an important part of our new portfolio: it includes the design and development of different courses. It also allows us to highlight the cultural contexts and realities of the countries involved,” he explained.

The Tec’s executive president shared the program’s details with his Latin American peers, as he believes that it will have benefits for both faculty and students.

“For faculty, in terms of designing their courses, in their interaction with colleagues not only because they’re from other countries, but also because of the different perspectives they provide on the subject they are going to teach, and also by having students from different parts of the world in their classes.

“And the students have the fact that they can build relationships with students from other places in their curriculum area: some of them even make plans to visit them,” said Garza.

AN INTERNATIONAL PRESENCE: WHAT MAKES THE TEC DIFFERENT

Garza emphasized that 60 percent of Tec de Monterrey students graduate having had at least one international experience.

“For us, an international outlook has always been part of the strategy (...) we emphasize academic experiences that develop a global mindset,” he added.

He noted that the Tec represents about 2% of higher education in Mexico. However, the university contributes between 20 and 30% of international mobility for students entering and leaving the country.

He added that  the institution has had to make policy changes due to the pandemic and offer quick alternatives to the students who are currently on exchange.

Likewise, nearly a thousand foreign students who were studying at the Tec received the necessary support to be able to finish their courses.

“We must remember that an international presence goes far beyond exchanges. It’s about research, the development of talent, and the improvement of our visions as institutions,” he mentioned.

IN SEARCH OF NEW PARTNERSHIPS

The Tec’s rector is currently exploring forming new partnerships in the region.

“We’re considering California, Texas, Arizona, and institutions in Mexico who could be interesting partners with whom to create a consortium of universities with common interests and a special importance.”

In addition, Tec is part of university networks such as U21 (led by UC Davis) and participates in international programs such as the UN Sustainable Development Goals program.

He also mentioned that technology has been an important part of guaranteeing academic continuity at the Tec, through synchronous and asynchronous classes, and by using new assessment methods. As a result, the next semester will begin digitally and then move to a hybrid model.

It was after the arrival of COVID-19 in Mexico that the Tec moved from in-person classes to digital formats . By training teachers and using technology, emergency remote teaching became a model for distance learning.

In today's @IIEglobal/@ucdavis panel, moderated by @Chancellor_May, panelists emphasize partnerships. @TecdeMonterrey President Garza noted their global classroom model, which is being enhanced through a @u21news grant with #UCDavis and SJTU in China: https://t.co/pw21dZNleO pic.twitter.com/4FQoOGO54u

THE TEC’S ROLE IN THE POST-COVID WORLD

“We live in a region with many challenges such as poverty and low productivity, and universities are going to have a key role to play when the health, economic and socio-political crises are over,” said Garza.

The rector pointed out that during the pandemic crises, the Tec focused on 4 post-COVID responsibilities:

1. Providing a sense of purpose, hope, and confidence to students, teachers, and the community

2. Facing the health crisis internally and externally through its healthcare system (TecSalud)

3. Guaranteeing academic continuity, with all the complexity this entails as a university system with 26 campuses across Mexico and focusing on an eventual return to in-person activities

4. Paying attention to the future, being more enterprising to contribute to the construction of the new normal

“Today, more than ever, universities play an important role on an international level. We must not allow our current lockdown (due to the pandemic) to distract us from our responsibility for educating the future citizens of the world,” said Garza.

“We come from different origins, regions and cultures, but we need to focus on maintaining international education as part of our responsibility as global educators,” he concluded.

Tux and the project that’s the “champion” of engineering education

Training Partners: their role in developing leaders of the future

This is the Tec’s 100% scholarship promoting social mobility

Hybrid classrooms: Tec relying on technology for going back to school