Tec at #28 worldwide for private universities and #155 in general

Tec de Monterrey has moved up 3 places among the best universities in the world to reach place #155 in the QS World University Rankings 2021, a list that ranks the best academic institutions.

This is the fourth year in a row for the Tec in the Top 200 of the best universities in the world.

TEC’S PROGRESS IN THE RANKING

“We hold 155th place worldwide because our academics and researchers are committed to a single purpose: transforming students’ lives,” he added.

“We hold 155th place worldwide because our academics and researchers are committed to a single purpose: transforming students’ lives.” - Salvador Alva

David Garza, Rector of the Tec and next president of the institution from July 1st, explained that 2 metrics were important for reaching this new position in the QS World University Rankings.

“This progress is the result of the work of our professors and researchers, the talent and quality of our students, and the commitment of the entire Tec community,” said Garza.

The QS World University Ranking  is one of the most prestigious university rankings in the world, due to its methodology and the volume of information processed to prepare it.

Of the 25,000 universities estimated to exist in the world, 1,604 institutions from 93 countries were evaluated to prepare the ranking, of which only 1,002 were ranked. What’s more, 47 universities were added to the list this year.

AREAS WHERE THE TEC HAS MOVED UP IN THE RANKING

The QS methodology considers 6 evaluation criteria when evaluating all these documents:

This year, the metric that helped Tec de Monterrey’s ranking was Academic Reputation, where the institution went up from 226th place to 198th.

However, Tec de Monterrey’s strongest metric continues to be that of Employer Reputation, where it holds 56th place in the world.

18 million academic papers, 138 million citations, and responses from 310,000 employers were considered for this.

These improvements have been attributed to the academic positioning project in which work was done with all national Schools to compile lists of academic peers.

It was also due to implementation of the Research that Transforms Lives strategy which has enabled the Tec to position itself in this category. 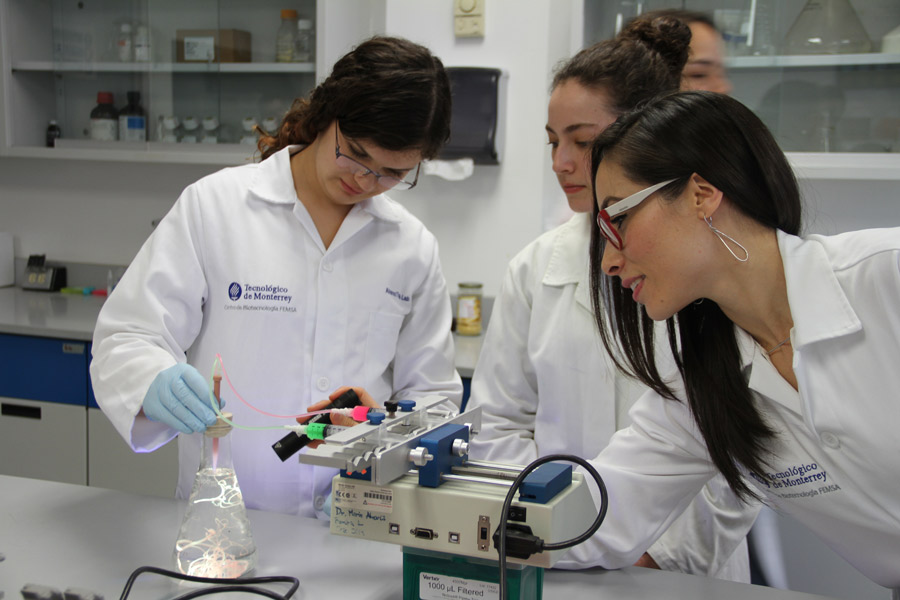 A total of 12 Mexican universities featured in the world ranking this year.

The UNAM entered the list of Top 100 universities for the first time this year. This institution and Tec de Monterrey both continue to be in the Top 5 in Latin America.

What’s more, the Autonomous University of Chapingo entered the ranking for the first time.

The top 5 universities in Mexico leading this ranking are as follows:

THE BEST 5 UNIVERSITIES IN THE WORLD, ACCORDING TO THE RANKING

MIT continues to be the number 1 university in this world ranking.

These were the universities in the top 5 places.

Click here to see the leaderboard and more information.

This ranking, which has been performed since 2005, is produced by the renowned British ranking company QS Quacquarelli Symonds Limited, which also publishes rankings for the following: