Research with impact, innovation, internationalization, and partnerships between universities were the elements that David Garza, president of Tec de Monterrey, proposed for the development of Latin America.

“As we emerge from the pandemic, we’ve affirmed that the 3 main roles of a university: teaching, research, and outreach are more relevant and intertwined than ever, particularly in Latin America,” Garza said.

Garza participated with a presentation called “The Research Non-Dilemma: A Path of No Choice for Latin American Universities,” in the forum organized by the evaluation firm Quacquarelli Symonds.

Executives such as Inés Sáenz, Guillermo Torre, and Rodolfo Rubio also shared the institution’s strategies in this same presentation, based on what Garza calls the 3 “i”s: innovation, investigation, and internationalization.

Garza suggested that universities promote research to transform their communities and turn students and researchers into agents of change in the process.

“Our research activities shouldn’t be disconnected from formal and robust outreach initiatives that engage with the communities we are part of,” he added.

Inés Sáenz, vice president of Inclusion, Social Impact, and Sustainability at the Tec, said in her message that research with a real impact involves universities collaborating with governments, the private sector, and civil society.

“At the Tec, we’re designing research initiatives for our Sustainability and Climate Change Plan with this in mind, using our campuses as living laboratories and generating solutions that benefit our community and our cities,” Sáenz said.

She explained that the Tec has carried out initiatives for several years such as DistritoTec in Monterrey, where projects have been implemented for urban planning and sustainability.

Sáenz also spoke about the Chiapas Center for Social Innovation, a social sustainability project in southern Mexico, which has had an impact on more than 20 indigenous communities with the participation of more than 1,500 students.

As part of its global partnerships, the institution has joined the sustainability efforts of the University Climate Change Coalition (UC3) to find solutions to global warming.

“Universities have an imperative responsibility to work for fairer and more sustainable societies,” added the vice president.

Garza stressed the importance of ensuring basic research in universities because it’s vital to find solutions to the problems that afflict Latin America despite scarce funding.

“It’s important to increase the intensity of applied research that creates impact in the short and medium term by developing innovations and solutions that contribute to closing the gaps that plague our societies,” added Garza.

Dr. Guillermo Torre, rector of TecSalud and vice president of Tec Research, said that the institution has opted to be a university that generates knowledge and solves society’s great problems through research.

“We’re committed through our research model to solving the main problems of society and creating a better educational and professional experience for students and teachers,” Torre said.

“It’s important to increase the intensity of applied research that creates impact in the short and medium term through the development of innovations and solutions.” – David Garza

He explained that the institution’s strategy is based on an approach that has been called “Challenge-Based Research,” which consists of 5 principles:

Due to the financial challenges institutions face for doing research in Latin America, Garza proposed that universities be ingenious and attempt to reach beyond their borders.

“We need to engage with other science and thought leaders around the world. Building valuable networks between our institutions and other universities can be of immense value,” said the president of Tec.

“Uniting our talent with the best institutions around the world is a combination that we’ve tested at the Tec with great benefits for the research ecosystem and for society,” he added.

Rodolfo Rubio, vice president of Communication and Relations at the Tec, pointed out that international experiences for students at the Tec have been a pillar in their learning process.

He said that about 7,000 Mexican students annually have studied abroad during the last five years and about 4,000 international students have come to study at the Tec.

In addition, he mentioned that the institution has agreements with about 400 universities in more than 50 countries.

“Uniting our talent with the best institutions around the world is a combination that we’ve tested at the Tec with great benefits.”

“This journey is enriched by the partnerships we build with other institutions that, like us, have valuable knowledge and contributions to make towards solving the region’s challenges,” Rubio said.

As part of the 2025 plan, Rubio pointed out that an internationalization strategy called Tec Global 2025 has been defined, which involves:

The 3 axes for research in Latin America

Garza said that the way forward to fulfilling the research mission in Latin American universities is based on 3 axes:

“If we focus on the 3 “i”s: innovation, investigation, and internationalization, we believe we can have an even greater impact on society,” Garza added.

“If we focus on the 3 “i”s: innovation, investigation, and internationalization, we believe we can have an even greater impact on society.” – David Garza 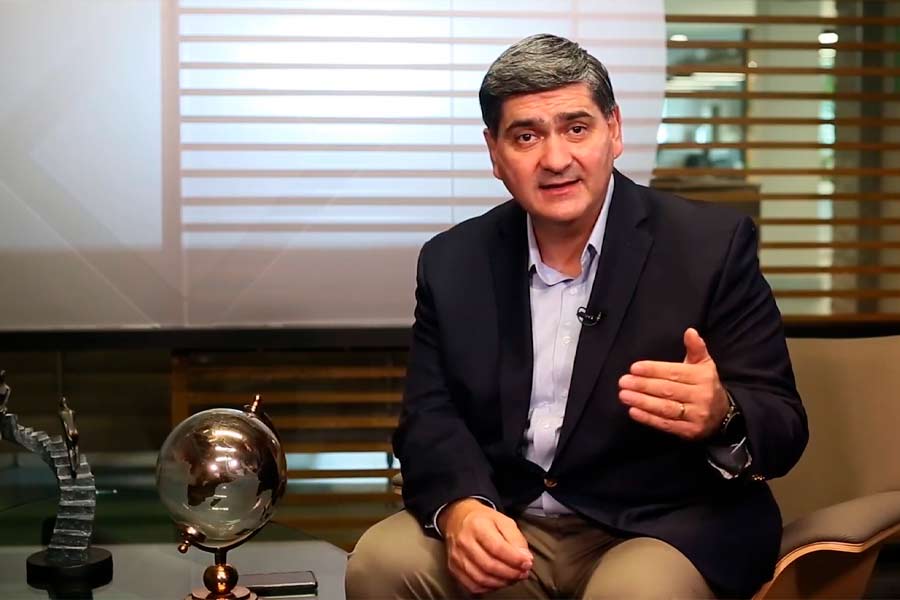 Neil Hernández, associate vice rector for Research and Technology Transfer at the Tec, reflected on the importance of research to solve these problems.

“We’re looking for ways for researchers to increase their projects’ social impact, not only through publications or citations, but also by building interdisciplinary groups that promote efforts to deal with problems in each region,” said Hernández.

He added that it’s important for institutions to connect with society and take advantage of technologies to generate research that addresses poverty, inequality, and gender issues.

Hernández participated in the “Many Languages, Many Student Voices” panel, along with Lynn Pasquerella, president of the Association of American Colleges and Universities, and Miriam Feldblum, director of the Presidents’ Alliance on Higher Education and Immigration.

QS Americas 2021 was held virtually on September 1 and 2. Its main theme was “A New Beginning: The Next Decade in Higher Education in the Americas.”

QS Quacquarelli Symonds Limited is a British company specializing in the analysis of the best higher education institutions around the world.

MARTEC, the Tec laboratory tracking Covid-19 that everybody wants to have

What is Alzheimer’s? We explain the causes and symptoms