The recognition was given to 212 Mexican institutions, of which Tec de Monterrey was the only one from the field of education.
By JANSEL JIMENEZ BULLE | TEC REVIEW - 12/07/2020

Tec de Monterrey has received a certification that recognizes it as one of the “Best LGBT Places to Work” in Mexico.

This award was given by the Human Rights Campaign Foundation (HRC), which is the educational arm of the largest LGBT civil rights organization in the United States.

These results were obtained through an annual survey that assesses LGBT inclusion in the workplace. The companies that obtain the highest ratings are then recognized as the “Best LGBT Places to Work” and were featured in the HRC Equidad MX 2021 report.

This year the award was given to 212 Mexican institutions, 92 more than in 2019, of which Tec de Monterrey was the only one from the field of education. 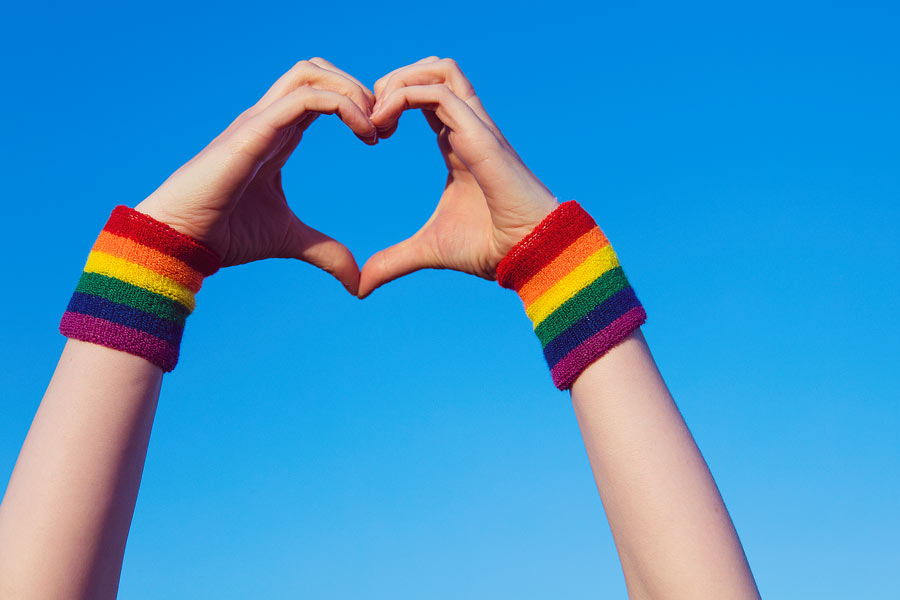 In the United States, there is also currently only one college or university with this distinction: the University of Phoenix, in Arizona.

The HRC Equidad MX report also features companies from the publishing sector such as Grupo Expansión, Grupo LALA from the dairy industry, and Google Mexico from the information technology sector, among other important companies that operate across the country.

Hernán García, Vice President of Talent at Tecnológico de Monterrey, said that efforts have been coordinated since 2013 to ensure that there is no employment discrimination within the institution.

This is not just about sexual preference, but also about gender, age, nationality, religion, or socioeconomic status.

“Since then, we have been promoting diversity and inclusion issues so that all employees feel they are in a place where they will be respected at Tec de Monterrey.

“(It is a place) where human dignity is the priority and where they will be able to grow based on merit,” he said.

According to reports on Tec de Monterrey’s organizational climate, 6% of the workforce says they belong to the LGBT community. Special programs have therefore been implemented so that under no circumstances would they feel segregated.

“In theory, one shouldn’t have to talk about inclusion issues, because there shouldn’t be any discrimination against anyone. The reality is that people have suffered from segregation and lack of opportunities.

“So, when there are no initiatives in which equality is promoted, the situation becomes difficult because we live in a society with many paradigms, taboos, and inequalities,” says García.

However, Inés Sáenz, Vice President of Inclusion, Social Impact and Sustainability at Tecnológico de Monterrey, says that the HRC Equidad MX recognition reaffirms the institution’s commitment to living by its values of equality and diversity.

“Being the first university in Mexico to obtain this certification fills us with joy, but it is also a big commitment because this helps us to reaffirm our key inclusion measures through non-discrimination policies.

“We have to make our commitments explicit and have information about our population so we can verify that we do indeed have inclusion policies and a diversity of people working with us,” said Sáenz.

“The enemy is also within”

During the (virtual) presentation of the award, Alejandra Ley, actress and activist, said that although the community she represents has gained recognition in the country’s major companies, it still needs to achieve internal cohesion because the enemy is also usually “within”.

“To call ourselves a community, we need to do a lot of work, and the work is our responsibility; it doesn’t belong to anyone else. If we really want to create a community, we still have a long way to go because there have been heated debates within our same community from the very beginning: because we are all different.

“This is understandable, but what are we doing to –really– is achieve the same goal. However, we don’t all have the same goal: many people just want to be free, regardless of the environment or others who exist within the letters LGBT. There are many who are having a bad time,” she said.

She also mentioned that, in general, it is necessary to speak more about LGBT issues across all forums, and across the country, in order to achieve better inclusion little by little.

See the full list of companies recognized this year via this link.