THE Impact Rankings 2021 highlight the Tec chiefly for its performance in meeting different Sustainable Development Goals.

The international THE Impact Rankings 2021 have highlighted Tecnológico de Monterrey as a world-leading university for social impact.

Its collection of initiatives, projects and lines of research in this area placed the Tec in the 101-200 range of the rankings.

These rankings assess the progress of universities on meeting the 17 Sustainable Development Goals (SDGs) set by the United Nations for 2030.

“As a university, we’re making very significant efforts in areas such as water, energy, climate change, and gender equality, as well as partnerships focused on the SDGs (SDG 17),” said Nathalie Galeano, director of Tec Rankings Intelligence.

“(These efforts) are not only in academic and research areas, but also operational areas of our institution,” she added.

Factors involved in the Tec’s ranking

On September 25, 2015, world leaders adopted 17 SDGs focusing on eradicating poverty, protecting the planet and ensuring prosperity. Each goal has objectives that must be met within the following 15 years.

In this year’s rankings, the Tec participated in 16 of the SDGs, and 4 of those served to improve its position in the classification.

The university climbed 45 positions from last year, to end up in 24th place. This was the area in which the Tec improved the most.

One example of how this goal has been met is the generation of clean energy through the design and installation of photovoltaic systems on Tec campuses, for example, at the Banorte Stadium: Home of the Rams.

The goal is also met academically, in classes such as Green Finance and Energy, which is taught to students at the Tec’s Business School.

- SDG 17: Partnerships for the goals

This is the SDG with the second highest increase: the Tec moved up 39 places, to be ranked 27th.

One of the Tec’s goals in this area has been to forge partnerships with international institutions and university networks in order to achieve the SDGs, such as the University Global Coalition (UGC).

Another initiative is the Tec volunteer program which allows the community to participate in activities to promote empathy, integrity, inclusion, and commitment through collaboration with partners of the institution.

The Tec was ranked in 22nd place in this area.

The Latin American and Caribbean Water Center is a clear example of outstanding projects in this area. It consists of a joint project between the Tec, the FEMSA Foundation, and the Inter-American Development Bank.

Initiatives in this area also include the construction and modernization of 24 wastewater treatment plants located on Tec de Monterrey campuses.

Tecnológico de Monterrey was ranked in 73rd place in this area.

The Tec’s initiatives in this area include the International Center for Social Innovation, in San Cristobal de las Casas, Chiapas; and the San Juan de Abajo social transformation project: “I am because we are”, in León, Guanajuato.

One more example is the Listening to and developing communities initiative, created together with training partner TECHO, which diagnosed key issues in different localities and implemented social programs to resolve them.

These are in addition to: Industry, innovation and infrastructure; Zero hunger; Sustainable cities and communities; Responsible consumption and production; Climate action; and Peace, justice and strong institutions.

Achievement of these Sustainable Development Goals was evaluated based on data obtained in three broad areas: Research, Outreach, and Stewardship.

These rankings measure achievement of these objectives to understand the positive impact of universities around the world and showing their progress towards the UN’s 17 SDGs for the 2030 Agenda.

The Tec participated in the rankings as part of its commitment to Mexican society through teaching, the promotion of social entrepreneurship, research, and knowledge transfer. 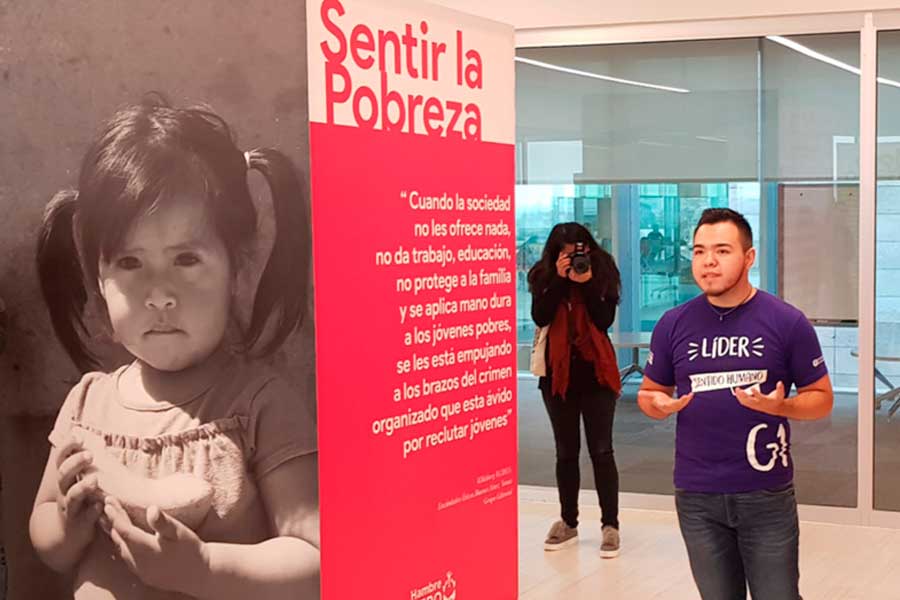 This year’s rankings, published by Times Higher Education (THE), evaluated 1,115 universities from 94 countries and looked at key aspects of social responsibility and sustainability awareness.

This is the third year of the rankings, which increased the number of ranked universities from 728 to 1,115 for 2021.

Times Higher Education (THE) is one of the most prestigious organizations for the evaluation of higher education institutions worldwide.