This minicomputer was used as a bridge between the Tec’s local network and the Internet.
By José Longino Torres | National News Desk - 10/11/2018

On October 12, 1988, the Monterrey campus of Tec de Monterrey made the first connection to the Internet in Mexico and Latin America through a MicroVAX II computer, using the address 131.178.1.1 and the name mnetv1.mty.itesm.mx.

“We used the Microvax machine to as a bridge between the Internet or THENET (Texas Higher Education Network) and the campus network” explained David Treviño, Computer Services Director for Monterrey campus at the time, to CONECTA.

David Treviño was part of the Monterrey campus IT team in charge of making the first connection to the Internet in Mexico, together with Ramiro Flores, Daniel Trujillo, and Hugo García.

This console, 71 cm long by 62 cm high and 26 cm wide, was a minicomputer that was used as a router, a name server, and an email server.

“It used a special protocol called TCP/IP with some special software. TCP/IP is the language of the Internet,” explained David.

The machine was operated by an administrator through a console called a green terminal, which was connected via a serial port. It communicated with other machines through telnet or FTP, as what we call the World Wide Web today didn’t yet exist.

Users didn’t interact with the MicroVAX II, they just used its services.

“It also had services like DNS (Domain Name System) for name conversion, to translate an address like www.itesm.mx into an IP address,” he said.

Since 1986, the Tec had also been connected to BITNET through a network with the University of Texas at Austin via an IBM mainframe.

“There was a conversion from BITNET to Internet that went through the MicroVAX,” explained Treviño. 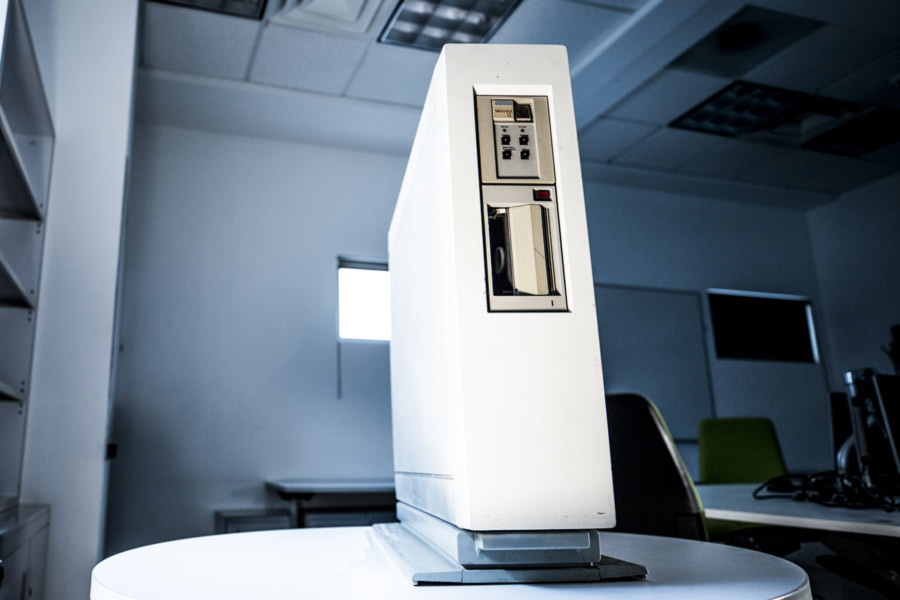 The link was made via a dedicated cable that ran from the University of Texas at San Antonio to the Tec.

“That 9,600-kilobit link was connected to one of the ports on the MicroVAX machine. An Ethernet cable ran from another port to the campus network,” explained David.

This machine allowed information to flow from the local network to the Internet.

“We could join the Internet that quickly because we had our local network. Our entire network was connected to the Internet.

“What’s more, we had a satellite network at the time, so the whole Tec System was also connected to the Internet,” he concluded. 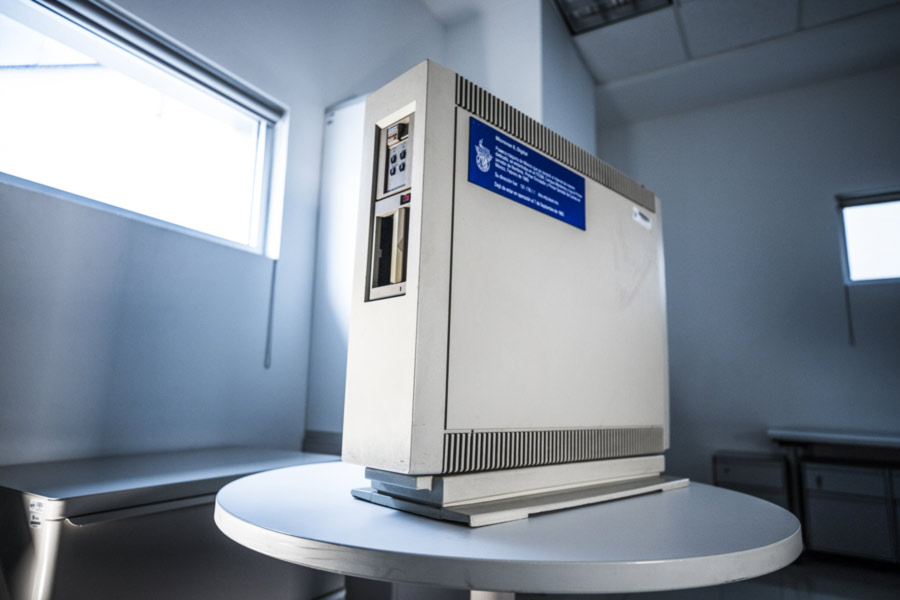 THE CHALLENGES OF THE TIME

Daniel Trujillo, then-Director of Telecommunications and Networks, explained the challenges they faced to install the MicroVAX II.

“This was 30 years ago. Equipment could only be imported by universities for academic purposes. We’re talking about a time when importing a computer was practically impossible,” he said to CONECTA.

He explained that he had to travel to the United States and Mexico City to request international telephone lines, which at the time were extremely hard to obtain.

“I had to go to the University of Texas at San Antonio to get a notarized permit, which had to be validated by the Mexican Consulate so that the Ministry of Communications and Transport would give us a permit for an international private line.”

“Many physical barriers had to be broken too. It wasn’t easy,” he recalled.

Hugo García, network administrator for Monterrey campus, agreed that the private lines were the biggest hurdle, because they had very low capacity and were expensive.

He explained that several lines were used so as to aggregate their capacity for email and file transfer services, as well as the ability to connect remotely to another computer in another place.

“We were lucky to have the support of the Tec authorities to be able to make this first connection, which was going to happen one way or another.”

“None of us could predict how it would change our lives (...). We did it because it was a way of being able to join in and gain access to what was happening in the academic world around technology without thinking about the consequences,”  he concluded.

Are you a Tec student? Here’s the return to classes with HyFlex+Tec

Tec graduate given prize for innovative design in Germany