For 13 consecutive years, the EGADE Business School has been the best business school in Mexico and Latin America, according to the Eduniversal ranking

The EGADE Business School at Tecnológico de Monterrey has been ranked as the best business school in Mexico and Latin America for the thirteenth consecutive year, and is ranked in the Top 30 worldwide, according to the 2020 Eduniversal Business Schools Ranking.

Since 2007, it has been the only Mexican school to achieve the highest classification: the 5 Palms of Excellence. This accolade is only given to the 100 best business schools recognized as “Universal Business Schools with strong global influence”.

Within this select group, the EGADE Business School was also ranked as the best out of four schools in Latin America and among the 30 best in the world. 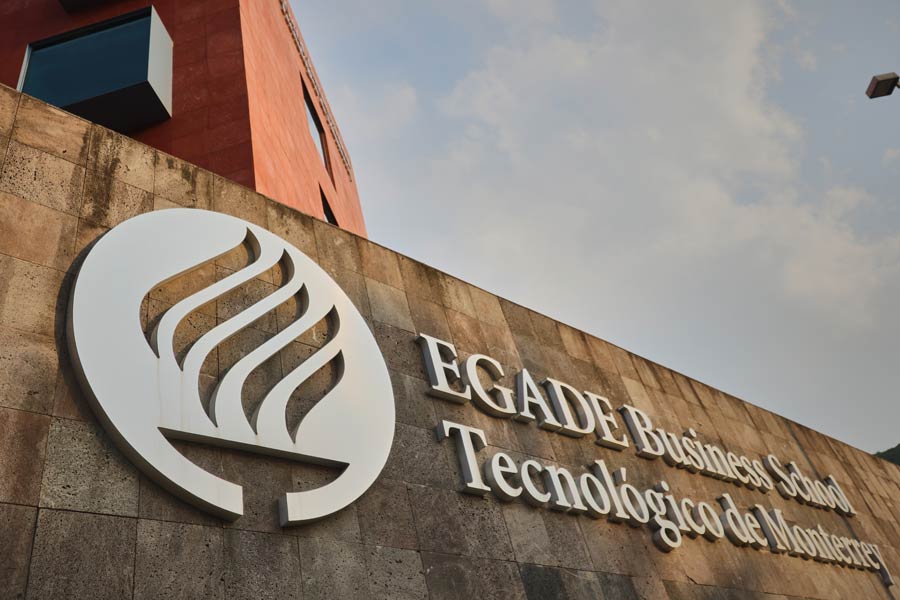 The ranking results were revealed at the 2020 Eduniversal World Convention, which took place virtually between November 10 to 13.

At the event, a delegation headed by Ignacio de la Vega, Dean of the EGADE Business School, received the 5 Palms of Excellence award and the Golden Award given to the top 3 in the Latin America region for this year.

“We face unprecedented global challenges, and the role of business schools in developing the leaders our society demands is becoming more critical than ever.

“This award will encourage us to continue reinventing ourselves, our portfolio, our teaching methods, and our institution to fulfill our commitment to empowering entrepreneurial leaders capable of creating shared value and shaping a better and more inclusive future,” said the dean.

The ranking assessed a selection of the one thousand best business schools from 154 countries across 9 geographical areas and is produced each year by the Eduniversal International Scientific Committee.

The ranking methodology allows a horizontal and inclusive comparison between schools, as it classifies them by country across 5 levels, each corresponding to a Palm of Excellence.

A vote by the deans of the best institutions in business education in the world is taken into consideration, along with other criteria.

De la Vega took part at the convention as a speaker for the talk entitled “Preparing resilient leaders for the new global context”, in which he addressed the unique and disruptive approach of the Tec21 educational model and the HyFlex+Tec program implemented as a result of the COVID-19 pandemic.

According to the 2021 rankings, the EGADE Business School led the Global MBA rankings and the Masters in Finance rankings for the fourth consecutive year and, for the first time, the Masters in Management rankings.