What are serological tests and how do they work against COVID-19?

Experts explain what serological tests are, how they are used, and TecSalud’s role in implementing them in Mexico.
By Asael Villanueva | National News Desk - 06/15/2020

What are serological tests? How can they help fight the COVID-19 pandemic?

Dr. Carlos Díaz Olachea, director of the TecSalud Laboratory, and Dr. Hiram Villanueva, an infectious disease specialist at TecSalud, explain what they are for, how they are carried out, and how useful they can be during the current pandemic.

WHAT DO THEY DETECT?

“They’re called serological tests because they’re in the blood serum, because they detect these responses in the serum,” says Dr. Díaz Olachea. 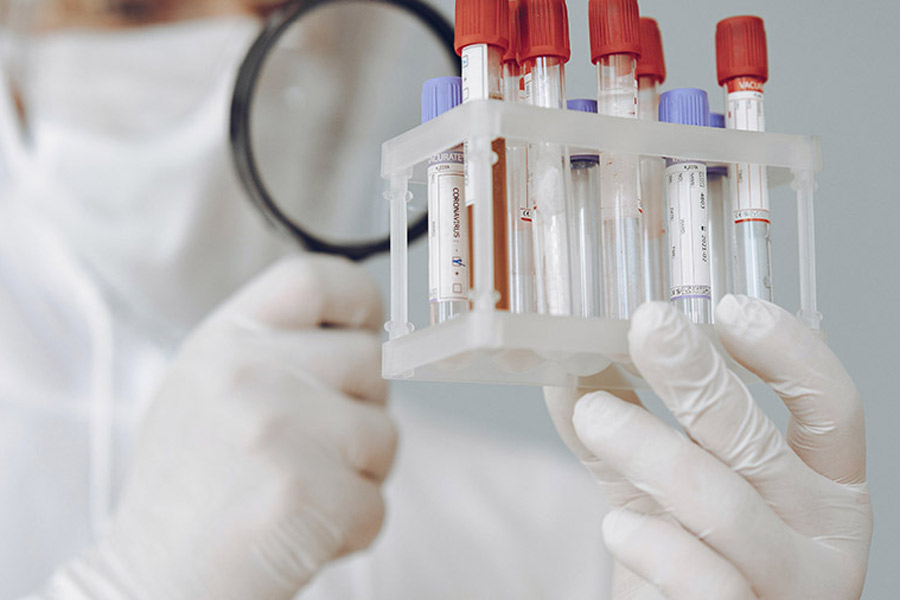 HOW ARE TESTS DONE?

“These tests are easier to carry out. There is much more market availability and the only thing that is required is a venepuncture, a needle into the vein, to take around 8 to 10 milliliters of blood,” said Dr. Díaz Olachea.

The wait-time for the results varies depending on the brand of the tests, ranging from a few hours to several days, and their levels of reliability can also vary.

WHAT ANTIBODIES DO THEY SEARCH FOR?

The IgM antibody is the body’s first response and indicates an active disease. They appear within the first 7 to 10 days of being in contact with the coronavirus.

The IgG antibody appears in a person after 14 days. It indicates that a person is already protected against COVID-19.

“However, that does not mean that a person is completely immune to the disease or that they cannot get sick again; but it is very important to know,” said Dr. Díaz Olachea. 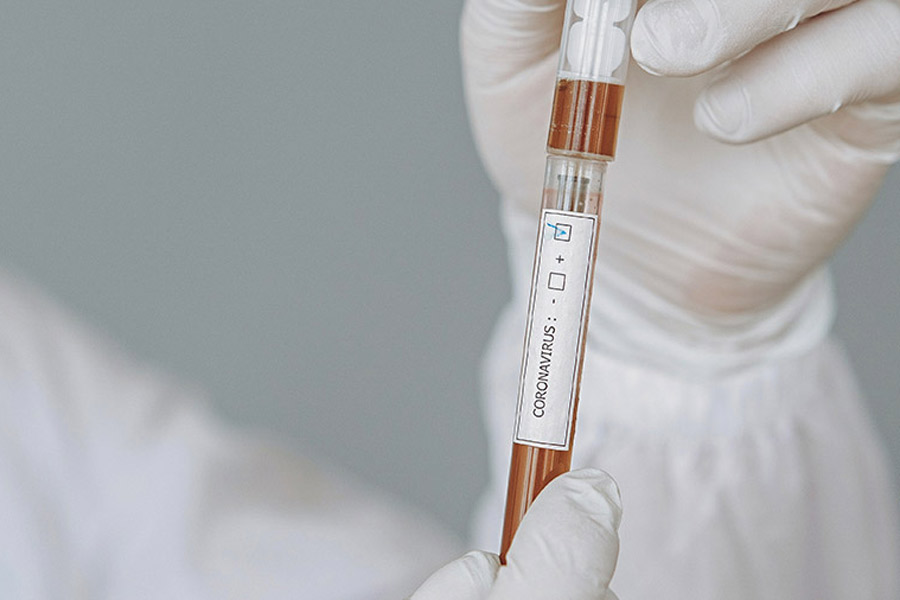 HOW WILL THESE TYPES OF TESTS BE USEFUL?

By determining how many people have generated an immune response, you can begin to make decisions about resuming activities. They can be used in what is called a ‘population study’.

- They give certainty to people.

This is especially useful for health workers, so they know that they can safely see relatives and/or care for patients, because it is more difficult to get sick again if they have already been exposed to the disease.

This is a treatment that has been used at TecSalud for critically ill COVID-19 patients.

ARE THEY THE SAME AS MOLECULAR TESTS?

No, because molecular PCR (Polymeric Chain Reaction) tests only detect the presence of the new SARS-CoV-2 coronavirus.

In contrast, serological tests are not used for making diagnoses, and are only useful in finding out if there is already antibody protection against COVID-19. 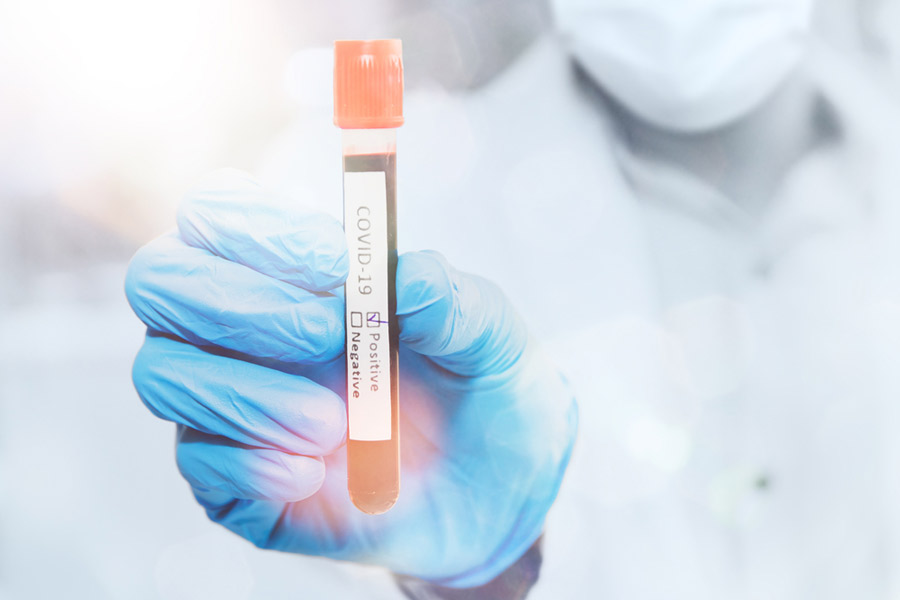 TECSALUD IS PARTICIPATING IN THE APPROVAL PROCESS

Dr. Díaz Olachea says that the process to approve these tests was carried out by TecSalud alongside the Salvador Zubirán National Institute of Medical Sciences and Nutrition, under the supervision of the Federal Commission for Protection against Sanitary Risk (Cofepris).

“The role of TecSalud was in the approval of the production, performance and accuracy of the tests at standards set by the manufacturer, Cofepris, and the FDA (US Food and Drug Administration),” he said.

“Negotiating our participation was undertaken by Dr. Guillermo Torre (Rector of TecSalud). Cofepris asked these two institutions to carry out test approval processes,” he said.

This doctor explains that they followed international regulations in order to discover an ideal process for the tests, meaning that they can be performed in a standardized way.

So far there are 9 serological tests approved by the Mexican government, but they only detect the IgG antibody.

The federal government, through the Ministry of Health, has confirmed that it will begin the application of serological surveys to identify the population that is already immune to COVID-19 in July.

Hugo López-Gatell, Federal Undersecretary for Prevention and Health Promotion, said the survey will be carried out as part of the National Health and Nutrition Survey, and mainly in the workplace. 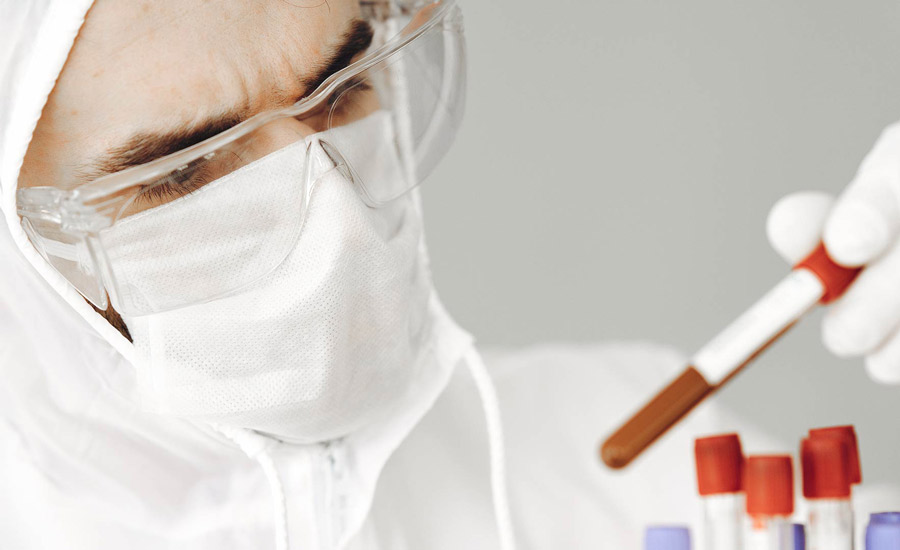 The current TecSalud test is the Architect SARS CoV-2 IgG test, based on a quantitative immunoenzymatic assay.

The process for performing the test is very similar to common laboratory tests, explained Dr. Villanueva, in which there is a turn-around time of only 4-hours.

“You arrive at the laboratory, someone takes your details, and later you go to a room where they take a blood sample from your arm. For the patient, that’s all it is,” he explained.

This test results are produced in about 4 hours.

In the first phase, they will only be applied to health workers, said Dr. Díaz Olachea, but he adds that in the future it is likely that will be performed on the public, as long as the test has been prescribed.

He also mentioned that TecSalud had 4,500 tests available, and that another similar amount has already been ordered.

“We try to work with internationally approved brands so that the population has the best possible tests available that meet the best international standards,” added the doctor.

Both Díaz Olachea and Villanueva reaffirm that despite serological tests indicating a certain degree of immunity, protective measures must continue.

“People should not rely on the test but rather on their personal safety measures. The tests are not a substitute for face masks, safety goggles, face shields, the constant washing of hands, or keeping a safe distance from others,” Díaz Olachea said.

Similarly, Villanueva indicated that these measures must remain for a while and that what they seek to do is slow the number of people getting sick and dying due to the disease.

This process permits the best preventative strategies to be found, such as the development of a highly effective medicine for the disease or even a preventive vaccine.

With information from TecSalud Communications

Thermal cameras: the project from TecSalud and MIT to detect COVID