According to data published by both the Pew Research Center and PROFECO, 30% of internet users in the US and Mexico have downloaded dating apps.
By NATIONAL NEWS DESK - 02/13/2020

By Alejandro Navarrete and Melissa Garza

Swipe left or swipe right. Do it once, do it again, do it again. Next, see if there’s a match. Then, see whether there might be the chance of a relationship.

For some, this is already the most normal thing possible. For others, it’s weird and risky. Welcome to the world of courting through dating apps, a market that, according to PRNewswire, will be be worth 8.4 billion dollars in 4 years’ time.

Currently, nearly 1 in 3 internet users and 1 in 2 of those between the ages of 18 and 29 have downloaded an app like this, according to the Pew Research Center.

But not everyone is convinced, and according to a previous study by Pew itself, 20 percent still consider them to be for “desperate” people.

On this February 14, CONECTA talks to members of the university community at the Tec to see what their experience of digital courting has been like.

We also speak to experts on cybersecurity and psychology from Tec de Monterrey and Tecmilenio to hear their views and learn some tips to share with you. 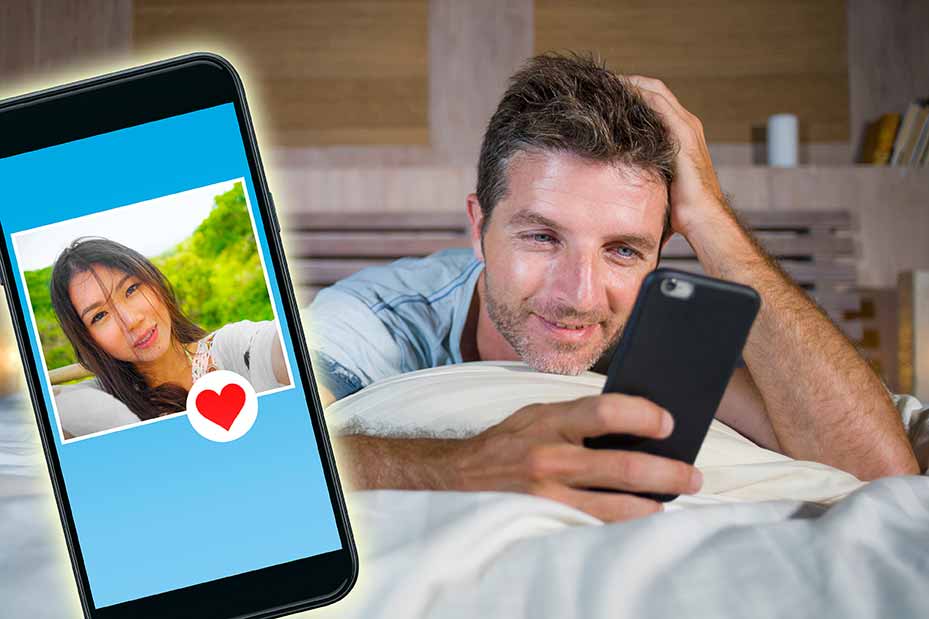 “MY HEART WAS BROKEN”

She adds: “When you go out with someone, people take it for granted that it’s a date, and I don’t like that.”

Fátima also believes that it’s a waste of time. You have a lot of chats with a lot of people for a lot of time, but then nothing happens, or you don’t know if there’s any commitment.

Guillermo (22), takes it as more of an adventure: “I’d recommend it (...) as it’s an experience whether you get anything out of it or not.”

He says that he didn’t get much interaction until he put something less formal in his profile: “I tried setting it to normal status and there wasn’t much reaction. When my roomie decided to set it to troll status, there were more reactions.”

“I DIDN’T WIN THE MATCH CONTEST”

Víctor (25) says he prefers love “the old way”, but he decided to try it out, egged on by his friends. “I’d be lying if I said I hadn’t used one of those apps (but) it was just for a bit to have a laugh with my friends. I didn’t win the match contest.”

Sofía (20) tells CONECTA that she hasn’t plucked up the courage to use these platforms, because she thinks they’re unsafe, especially for women.

However, she says that she doesn’t see it in a negative way. “I don’t think relationships are better or worse in online dating. That’s up to you and how you behave digitally or in person.”

Memo (also 20) is someone who would never use them. “I think it’s weird to meet people over the internet. It’s like you don’t have a background where someone else can vouch for that person.”

María also mentions a bad experience with a boy who wanted something different. “Most people are only on it for a one-night stand, and I don’t like that so much.”

Although she also says that, “It makes it easier to meet more people and it increases your odds of finding what you’re looking for. You just have to be very clear about it.”

“I think it’s weird to meet people over the internet.” Memo (20)

Rubén Sillas, a psychologist from the department of Wellbeing and Counseling at the Monterrey campus of the Tec, explains that these options are becoming more attractive.

“The hyperconnected nature of social media has provided quick solutions to overcome our age’s afflictions of the heart (...) picking and choosing the best options in the ‘love market’.”

Adriana Villarreal, who teaches psychology at Tecmilenio and has written books on romantic relationships, agrees on the practicality they offer.

“They provide a speed that is now what many people are looking for: the fast culture of ‘I don’t have time for this’. So, it’s easier to look at profiles.”

Although for her, these relatively new forms are neither good or bad.

“You have to learn how to use them. We’re at the point where we’re learning as a society how to handle relationships like these.

“First of all, you have to be really clear about your goals (...) I know men and women who are both types (those looking for a stable relationship or a one-night stand).Based on my personal perspective and what I see in consultations, we’re on a par (men and women).”

“You have to learn how to use them. We’re at the point where we’re learning as a society how to handle relationships like these.”

How should you look after yourself so as not to get hurt in these interactions? In Sillas’ opinion, “We shouldn’t become slaves to desire or other people’s demands, whether real or virtual.”

“If you know how much you’re worth, you don’t need a super cool profile photo. You’re not interested in people approaching you because of your photo.”

“Also, know how to set limits. If you don’t do that, you’ll get hurt or you’ll hurt others,” she says.

“It’s also very important to learn how to recognize attacks. People get attacked a lot in personal relationships because they don’t know what an attack is.”

“If you know how much you’re worth, you don’t need a super cool profile photo.”

THE RISK OF DEPERSONALIZATION

Looking at profile “catalogs” and trying to match up with a lot of people can also lead to depersonalization, warns Villarreal.

“We can start to depersonalize people by turning profiles into an Amazon store and seeing which of them you can “buy”.”

“People start to reduce themselves to objects, to affordable images. With a single click, they become a consumer object,” agrees Sillas.

For Villarreal, there is also a richness that virtual interactions will never give you, not even with emoji and stickers.

“Sharing face to face, seeing the excitement, knowing what the person you’re chatting to smells like... I think so. Something gets lost. (In any event) it’s the responsibility of previous generations like ours to share that, instead of being glued to the telephone ourselves all day,” she says, self-critically.

“People are starting to reduce themselves to objects.”

Grecia Renovato and Luis Gerardo Muciño, from the Cybersecurity area of the Tec also share tips on how to take care of yourself when using these and other apps:

“There’s no surefire way of confirming that the person in question’s profile picture is 100% real. We recommend always having an attitude of distrust.

To protect your safety, always apply common sense in physical and virtual relationships.”

YOU’LL SURELY WANT TO READ THIS TOO:

Thermal cameras: the project from TecSalud and MIT to detect COVID