Some days ago, president Donald Trump signed an executive order, giving the social media company TikTok 45 days to come up with a US buyer or the government will shut the company down, claiming it to be a ‘security threat’.

Andrew Lee Davis Blake, a professor in the International Business Department at the Santa Fe Campus of Tecnológico de Monterrey who also works in export-related companies, talks about the current situation between the social network TikTok and the US Government.

According to Professor Davis, the US Government faces an apparent danger surrounding the information and communications technology due to the spread in the US of mobile applications developed and owned by Chinese companies such as TikTok and WeChat.

“They are taking specific aim at TikTok, and its parent company’s links to China (ByteDance and Musical.ly). Their claim is that users’ data is being hacked and collected from phones, tracking locations of federal employees, building dossiers for blackmail, and generally conducting espionage. Heavy stuff!”

Andrew also mentions that US competitors such as Facebook’s Zuckerberg, Republican politicians such as Arkansas senator Tom Cotton, and even Democrats such as senator Chuck Schumer have expressed distaste towards TikTok, talking about the threat of Chinese tech companies, specifically TikTok, WeChat and Huawei Technologies.

Recently, US tech companies (among them Microsoft, Twitter, and Oracle) have shown interest in acquiring TikTok outside China.

Why does Trump want to ban TikTok in the United States?

Professor Davis mentions that protecting the interests of US industry against what he considers as being unfair competition from China has always been on Donald Trump’s agenda.

“Since he started making television appearances on TV chat shows in the early 1980s, Trump has talked about what he considers to be Chinese protectionism and the need to limit US cheap imports that damage domestic industry.

"During his presidency so far, related policy has moved from primary industry to manufacturing to high tech; now software and apps are the logical progression.”

Andrew believes that the timing of the TikTok/WeCHat onslaught is obviously geared as part of a presidential re-election campaign for an incumbent. 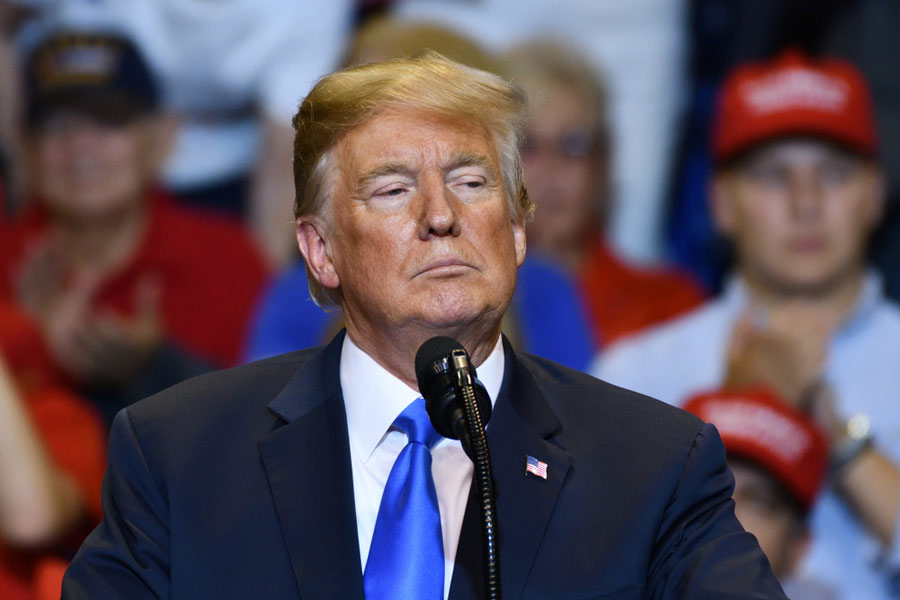 “Trump is receiving considerable hostility from the Democrats and opposition in his own Republican party in the face of discrimination, his handling of the COVID-19 pandemic, economic policy, immigration issues, Russian infiltration, and even USMCA (T-MEC) integration.

"His philosophy is ‘attack is the best form of defense’, so his campaign team believes that this plot is another way to garner support from the voter base.”

In addition, Professor Davis states that the official line of reasoning is data security. The truth is that all social media platforms collect astronomical levels of data from their users. Victor García from the University of La Sabana says:

“These algorithms, through machine learning, learn and refine in such a way that they begin to predict people's behavior and offer them content that is related to their tastes."

Is it related to the trade war with China?

According to the internationalist, the internet was a logical progression for the trade war with China. Previously, consumer electronics, industrial equipment, soy beans, steel, and washing machines were all victims, resulting in higher prices; consequently, negatively affecting companies and consumers alike.

Andrew comments that now attention is naturally being turned to the digital world, where the Chinese government bans the use of Facebook and Twitter, while protecting WeChat and Alibaba.

Professor Davis explains that things are heating up. Recent events have included ByteDance suing the US government for issuing the executive order and entering into talks with Microsoft, Oracle and Walmart. China has imposed export restrictions on software, apparently holding up such acquisition negotiations due to the inability to share ‘secret’ algorithms. 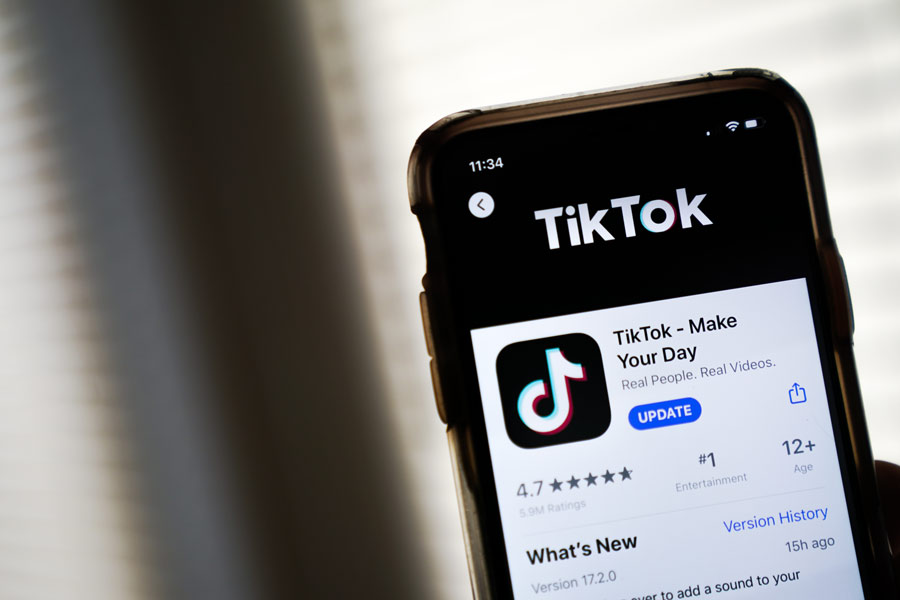 All the way through, there are rumors of Alibaba being forced into entering the debate of unfair competition against companies such as Amazon as well (albeit indirectly for now).

Andrew comments that the population is following the comedic aspect of the story more than the political issue. TikTok users are young, and find the effective side of the message of importance (The Guardian, August 2020).

For him, the app itself is a social mainstay for teens and young adults; banning it would create a backlash.

“Even if ByteDance cannot find an US buyer or the Chinese government does not allow an acquisition to go through, and the US government cannot remove the app from users’ devices, the Trump administration can create a regulatory environment so difficult for TikTok that would warrant it impossible to function properly.

Facebook has just launched a direct competitor to TikTok, creating an alternative for users; it will have to work on providing a competitive product for the sophisticated consumer’s expectations.” 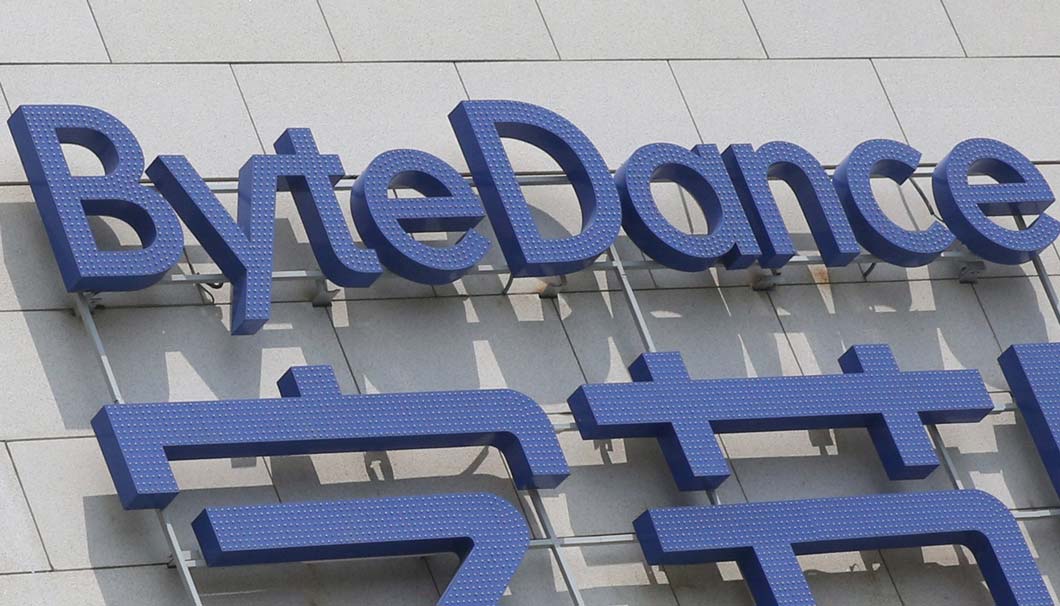 Positive and negative aspects of this decision

Andrew remarks that Chinese business has already started diversifying away from the USA. This is a wider strategy not only restricted to the high-tech industry, of course. Neither is it only a reaction to the United States, as countries such as the United Kingdom, Canada and India are also making anti-China noises.

"However, with China’s recent bad behavior in the South China Sea, the coronavirus pandemic, the trade war moving into areas of national security and digital technology, and abuses of human rights, it is clear that it is becoming difficult for him to avoid entering more diplomatic conflicts as well. This could escalate the trade war into something more serious.”

According to professor Davis, on the other hand, this conflict could present itself as a good opportunity for the US software industry. It would be important to understand a young, vibrant and sophisticated consumer market for a highly disruptive service such as TikTok and Facebook.

Finally, he explains that at the end of the day, it is unlikely that this, or for that matter any Chinese app will disappear in the USA, but we should expect more regulation in the future. By the same token, as China eventually becomes more democratic, we should see more deregulation in the use of Western apps there too.

“As Trump runs for a possible second term in office (anything is possible), there may soon be bigger fish to fry, such as Alibaba, so the TikTok issue may soon be old news as the election fades.”

How Tec and UN are guiding municipalities to economic recovery

Tec students to learn animation from an Oscar winner!