What are open-access Tec resources and why did they get an award?

2 members of the Tec de Monterrey community have received international recognition as a result of their work on open-access educational resources.

A PhD student and a teacher from Tec de Monterrey have been recognized by an international organization that awards prizes for open-access educational resources.

Antonio Canchola, a student on the Educational Innovation PhD program, and María Soledad Ramírez, a research professor at the School of Humanities and Education, have received Open Education (OE) Awards in different categories.

This is a website where around a thousand calls from 20 Latin American countries, have been shared for conferences, educational sessions, seminars, workshops, and talks.

“It is totally free; no one has to register,” said Canchola, who works together with a team of 15 people, called curators, who approve the calls. 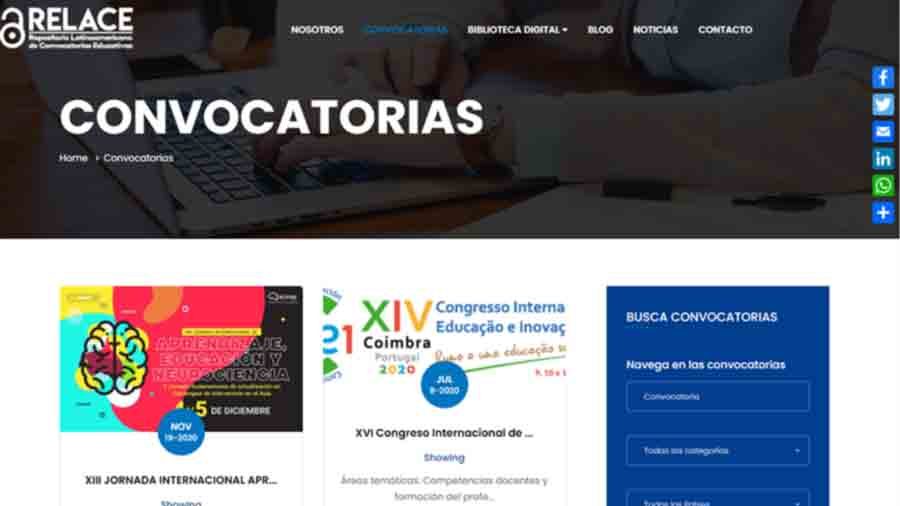 “The curators are people focused on education who work at Latin American universities. There are people from Tec de Monterrey, Ibero, the University of Venezuela, etc.,” he added.

The project has been funded by Canchola himself, who says that he is proud to be helping people and happy to see the interest in RELACE.

“So far, there is nothing similar in Mexico and Latin America. We are the only bank of calls like this,” Canchola shared.

The first to respond to a UNESCO recommendation

María Ramírez received an award in the Implementation of Open-Access Educational Resources Objectives category at the OE Awards, the first time the category has been included at the awards.

The work was carried out as a result of recommendations made by the United Nations Educational, Scientific and Cultural Organization (UNESCO).

These inspired the development and exchange of didactic materials with an open-access license, which are available to teachers, students, and researchers from all over the world.

The project, led by Ramírez along with 70 other academics from 11 countries, resulted in 14 projects and videos which can now be found in the Tec’s institutional archives. 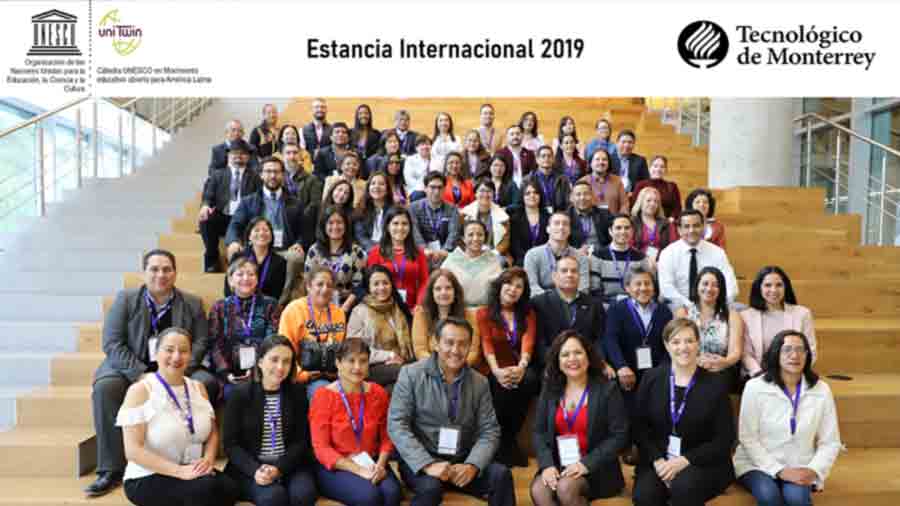 María Ramírez began working on open-access resources in 2002 and has even created a Tec policy promoting open-access educational resources.

“The first thing we did in 2002 was provide open-access courses. We do research, do experiments, and then we apply our knowledge at the Tec,” said Ramírez.

Why are open-access resources so important for education?

Antonio Canchola and María Ramírez explain that open-access educational resources are very important for the development of education and research around the world.

“Open-access educational resources appeared as a result of the economic pressure of purchasing educational materials. If you need a book about medicine or physics, they are sometimes unaffordable,” Canchola said.

The graduate student explained that this meant some resources, such as exams, materials, and courses, began to be generated for use by researchers or professors via open-access licenses.

These licenses allow the use and, sometimes, the free modification of resources as long as recognition is given to the author.

“It is an opportunity to democratize knowledge. Educational resources and activities are accessible to everyone without restriction, requiring only recognition of authorship.

“They can be used in classes, courses, degree programs, and educational institutions. This movement is constantly growing bigger and bigger,” added Ramírez.

Some universities and academic bodies not only have archives of open-access resources, but include the creation and promotion of this content in their policies.

Both Ramírez and Canchola mentioned that the Tec is the first private university in Mexico to include this concept within its policies.

The OE Awards are presented annually to people, projects, and open resource initiatives in 4 different areas.

These are individual categories which reward those who have made extraordinary contributions of open-access educational resources.

This encompasses tangible materials and resources which can be distributed for free in an accessible and consistently improvable way. 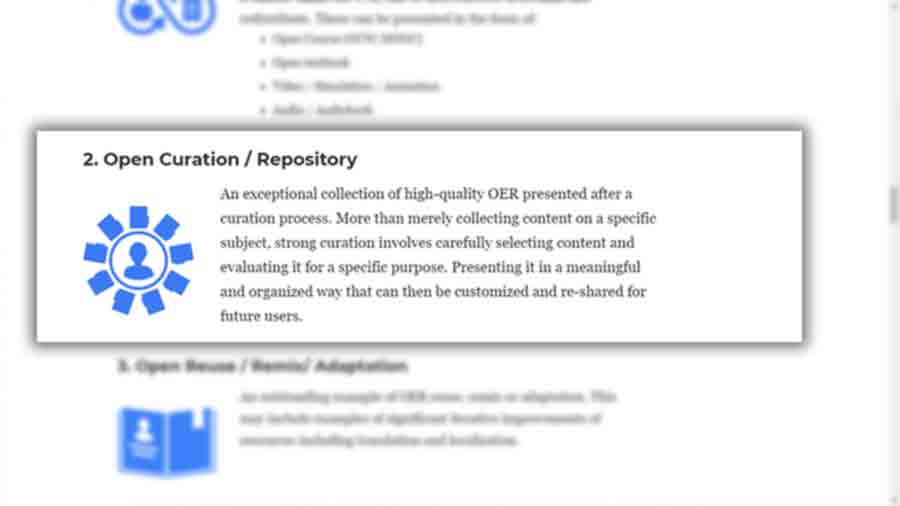 This area rewards collective behaviors and approaches which improve access to educational opportunities.

This area recognizes extraordinary contributions to the community, which may change as a result of different factors.

The winners receive a trophy, as well as the recognition of their community and are invited to the awards ceremony in November. The 2020 awards were held virtually due to the COVID-19 pandemic. 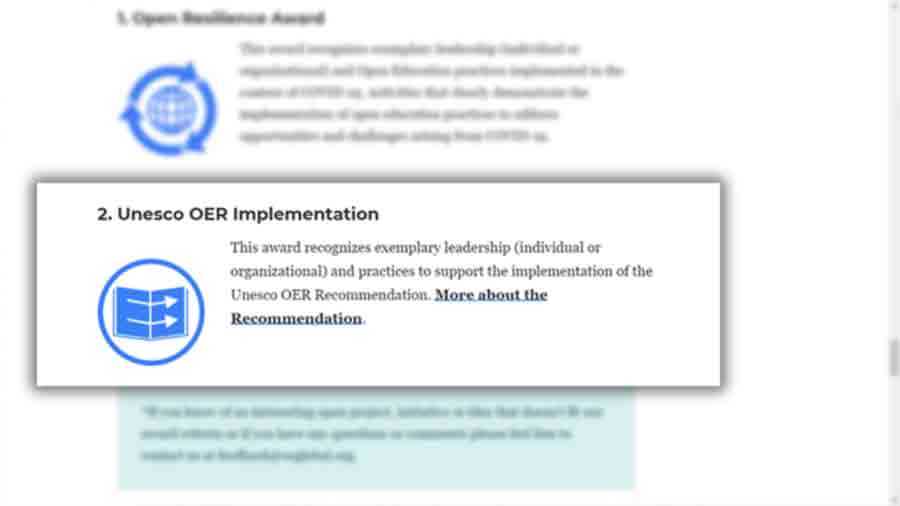