Using a technology popularized by science fiction movies such as Star Wars, Tecnológico de Monterrey gave its first formal class via two-dimensional hologram to more than 160 students at 5 different campuses.

Although the Tec is a pioneer in telepresence classes, it had not yet formally held one in which teachers were holograms and students could see a whole-body projection of them from miles away.

On Tuesday 21, the holographic image of Professor Alfonso Serrano Heredia was projected to each classroom for groups taking the Physics 1 class.

Students in Monterrey, Saltillo, Chihuahua, Laguna, and Tampico were able to take the class together at the same time. 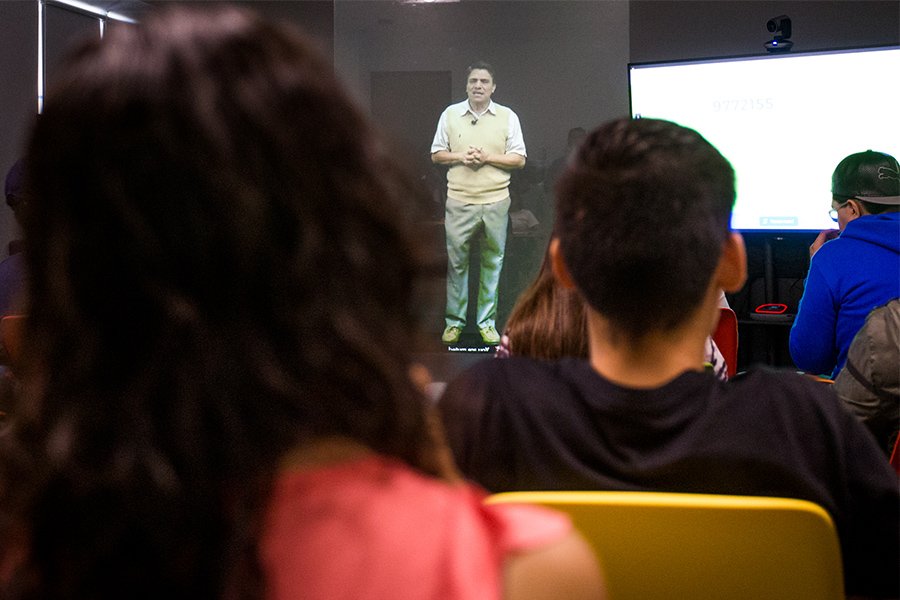 We’ve been testing telepresence with holography for several months, but it’s been years in the making, commented Beatriz Palacios, head of Educational Innovation and Remote Learning, to CONECTA.

Technology has been applied to classes in an even more innovative way thanks to implementation of the Tec’s new education model, the TEC21 Model.

“The experience [...] is accompanied by pedagogical training and we share it not only with students, but with professors too. That’s how we’re strengthening things at the academic level”, said Professor Serrano.

“It was something new and I liked it! It was interesting [...] the professor doesn’t have to be there and can give classes to lots of classrooms at the same time”, said Marcelo González, a student at the Monterrey campus. 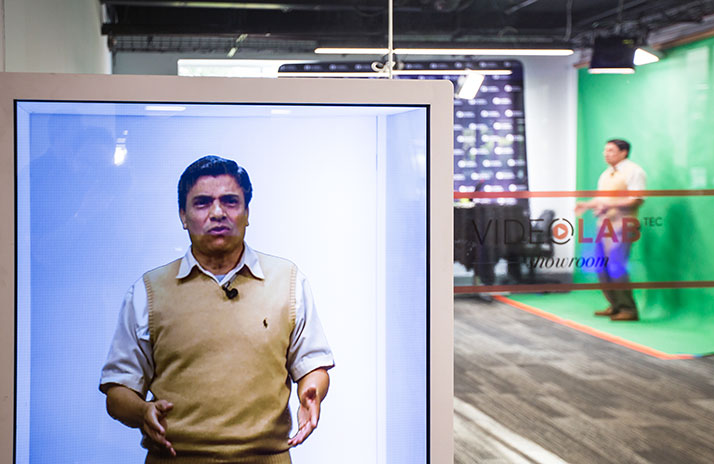