The future has arrived! Tec holds classes via collaborative VR

According to the Tec’s Educational Technology Innovation area, this would be the first time a full academic course had been held using this technology in Latin America and probably the world.

This semester, Tecnológico de Monterrey held its first course to use Collaborative Virtual Reality, a fully immersive and interactive experience in a virtual environment, with students from several campuses.

Like something out of a video game or a scene from Spielberg’s Ready Player One movie, students from Guadalajara, Monterrey, and Querétaro interacted virtually for the subject “International Sales and Negotiation Techniques”.

“This is probably the first time in the world that this type of class, using collaborative virtual reality and counting for academic credit, has been offered,” said Irving Hidrogo, Director of Technological Innovation to CONECTA.

“It’s not just the technology, but all the pedagogical development behind it, which has enabled this to be formally incorporated into the course,” he added.

Students put their headsets on and enter a virtual environment (where they’re represented by avatars of their own devising) and can interact with their classmates.

On the platform, they can make use of resources such as presentations, videos, and notes, as well as the avatars of those taking part being able to simulate aspects of body language such as gestures.

Over the semester, they have performed exercises like this and even taken their final examination on international negotiation by playing and interacting with several fictitious characters in hypothetical negotiation cases.

“You can see yourself as a character you yourself created and you concentrate a little more on reaching that character’s goals, as if it were a video game,” said Marcos Márquez, a student from Monterrey campus.

“For instance, you can see more of the other person’s nonverbal attitude, how they behave, what they’re doing, where they’re looking, and all their gestures”, added teacher Horacio Carreón on its advantages for this subject. 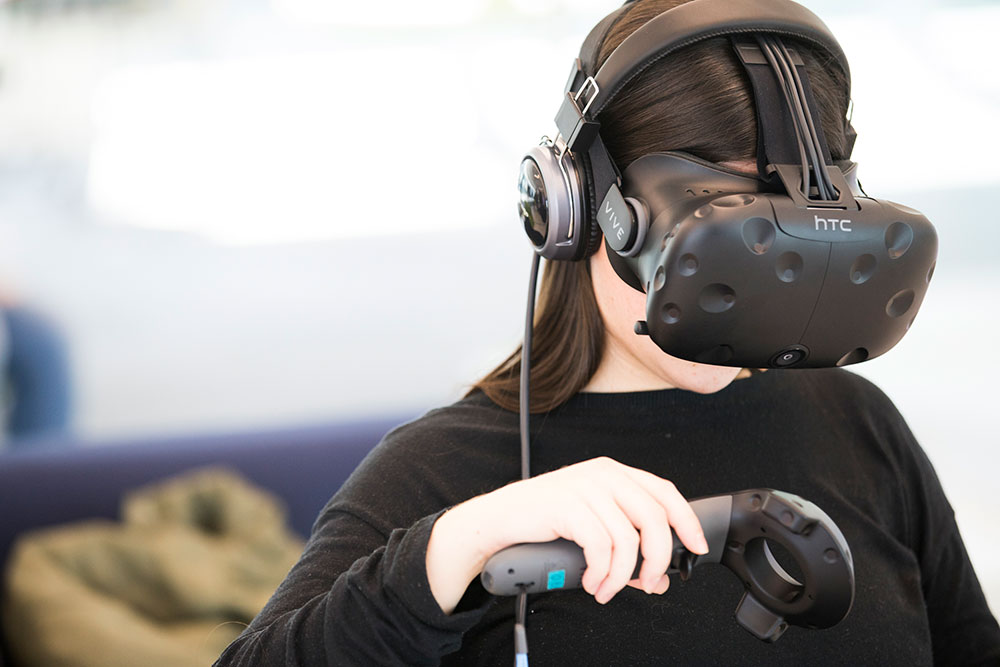 David Garza, Rector of Tecnológico de Monterrey, told CONECTA that the institution incorporates advanced technologies in order to add value to the learning experiences of its students.

“The Collaborative Virtual Reality model allows students to interact in virtual environments and thus exposes them to situations and contexts that would not otherwise be possible,” he said.

For her part, Beatriz Palacios, the Tec’s Director of Educational Innovation, said that these and other technologies are expected to be replicated in more classes, as part of implementing the TEC21 Model.

“We want to be able to deploy this as of next year in more of our subjects, with all the Tec’s campuses now being able to take part. We can ensure that students engage in this way with their classmates in other parts of the country and experience the same teaching process,” she said.

Holding classes with this type of technology has been possible thanks to the participation of the company Immersive VR Education, who have developed the virtual reality collaboration platform Engage.

At the Tec, Virtual Reality is also used in other projects such as showing parts of the human body to medical students.

This project forms part of a series of educational innovations, such as a class project using two-dimensional projection with a holographic effect and technologies such as 3D printing and artificial intelligence.