The creative mind behind BMW’s new car is Mexican

Mexican José Casas was in charge of designing the new 2 Series Coupe, a car made in Mexico for the world.
By Joana Lucio | Mexico City Campus - 10/18/2021 Photo José Casas

“It was hard to leave everything behind: my family, my city, my friends, even my car, but I was going to a city I didn’t even know to follow a dream.”

That’s how José Casas, an Industrial Design graduate from Tec de Monterrey’s Mexico City campus, spoke about his decision to leave Mexico City and take a leap of faith to fulfill his dream of becoming a car designer.

Fate would lead to him becoming a student at the College for Creative Studies (CCS) in Detroit, Michigan, one of the best art schools in America.

José’s lack of experience in terms of car design and the huge difference from studying art in Mexico led him to putting even more pressure on himself.

However, his learning and experience would lead him to becoming a designer for the BMW Group, one of the biggest car manufacturers in the world, and to becoming the mastermind behind the 2 Series Coupe design, BMW’s new car that’ll be manufactured in San Luis Potosí. 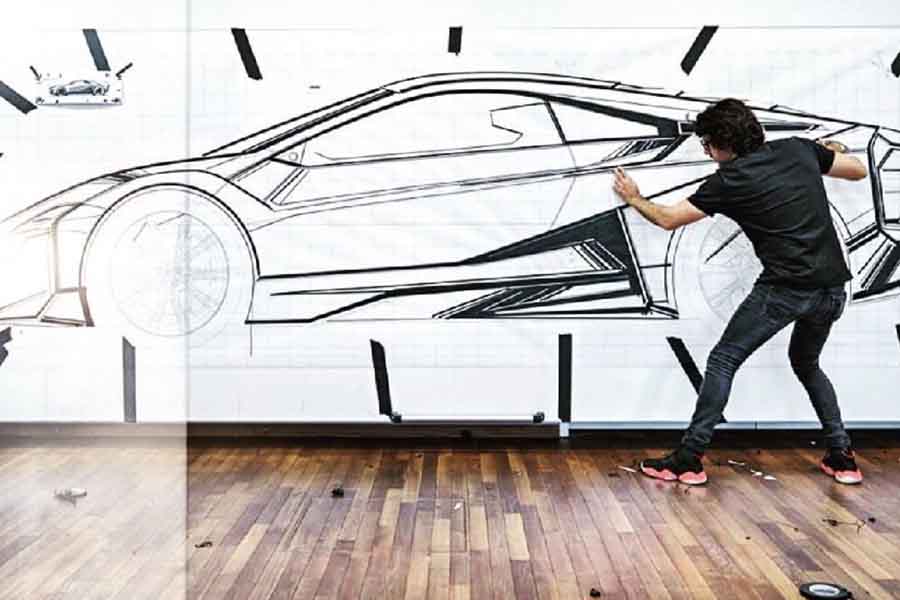 His talent abroad led him to pursuing his dream at BMW

During the last few months of Jose’s Bachelor’s Degree in Transportation Design, in Detroit, car company Ferrari launched a design competition, the “2011 Ferrari World Design Contest,” with the aim of creating a car for the third-millennium man.

Around 300 schools from all over the world participated in this competition, and thanks to José’s design, the CCS managed to reach the final of the competition for the first time.

“It was a major achievement for me, as the guy who wasn’t in the classes sponsored by the big brands to be given an internship in such a renowned company.”

This milestone was a turning point for the Mexican designer, since he then had the opportunity to spend a year in Italy, on an internship at prestigious design house Pininfarina, as the only student in 100 years to obtain this work experience opportunity at the firm.

“It was a major achievement for me, as the guy who wasn’t in the classes sponsored by the big brands to be given an internship in such a renowned company,” José said about his experience at Pininfarina. 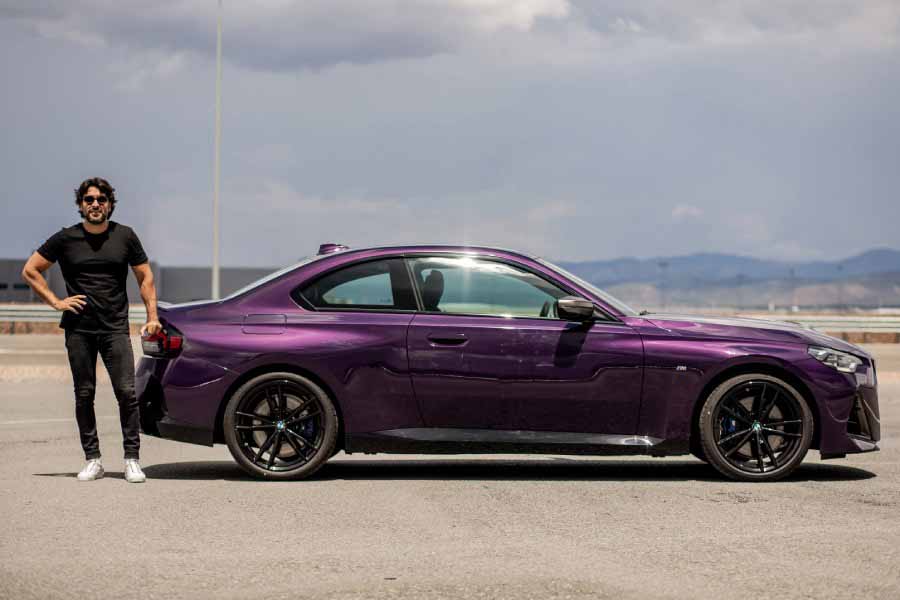 José says that he was able to send his portfolio to BMW Designworks through the school in Detroit. That’s how his story at this company began.

“I sent my portfolio to BMW Designworks in Munich (Germany). They contacted me 6 months later, when I was just finishing my internship, and I went to California, where I spent 4 years,” he explained.

In 2016, he applied for a Senior Exterior Designer position for BMW i and BMW M at the BMW Design division in Munich, which he finally joined that same year in Germany.

The 2 Series Coupe, a car with Mexican essence, winner of an internal design contest

José and his team were recently awarded the design of the new 2 Series Coupe, which will be made in the city of San Luis Potosí, Mexico.

Some of the features that were essential to José for this design were primarily for the car to be sporty, cheerful, and compact.

“When they gave us the design brief for this car, I thought of the BMW 2002 and the 70s. It’s a very beautiful car. Its character combined with its simplicity result in a car you would like to drive,” the Tec graduate says about his inspiration for the 2 Series Coupe design.

José says that the design process at the BMW Group is based on contests to motivate the designers, as well as being a company that gives its designers due recognition. 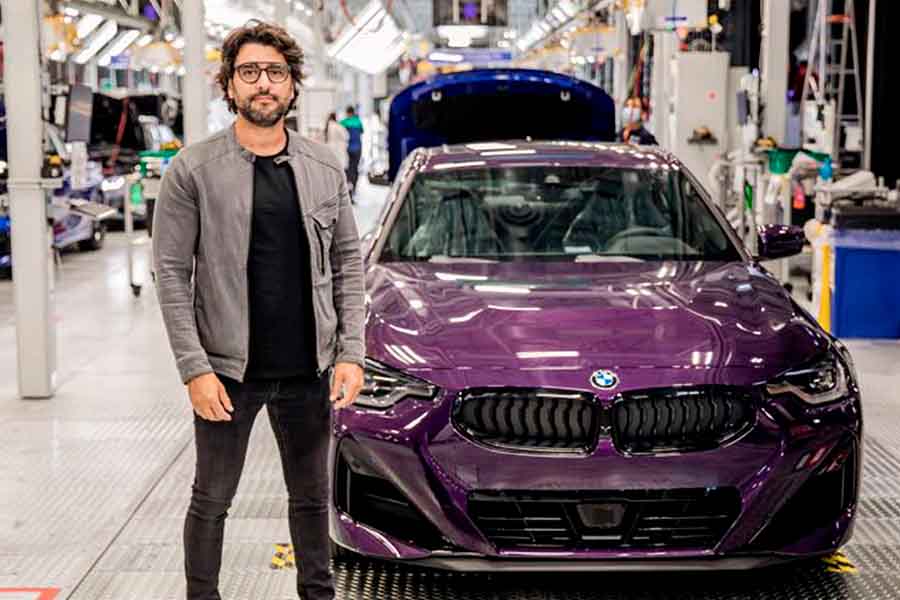 The contest to win this design was split into several stages, in each of which the number of participants is reduced. These include:

“In reality, there are a lot of people involved. You begin individually, but when you start modelling, engineers, modelers, etc. get involved. You’re the team leader and you tell them what to do,” he added.

Eventually, after a year and a half of hard work, José and his team were awarded the design of a car that’s already being manufactured on Mexican soil.

“In reality, there are a lot of people involved. You begin individually, but when you start modelling, engineers, modelers, etc. get involved.”

A passion since childhood

José hails from Mexico City. He grew up surrounded by design, as his parents are both architects. José recalls that as a child, he would spend hours drawing anything in his free time, and that’s how his passion for art and design came about.

“After school, I would go to the office. I would stay there all day, using the paper, pens, and markers. I would draw everything. It was a passion. As I grew up, I realized that I was good and I had talent,” he said.

What’s more, José attributes part of his professional success to the fact that he’s a very persistent and open-minded person who isn’t afraid of receiving criticism on how to improve his work.

“Being open to criticism is important in this automotive design environment because it’s very limited. There aren’t that many designers, so you always have to be open to receiving constructive criticism,” he said. 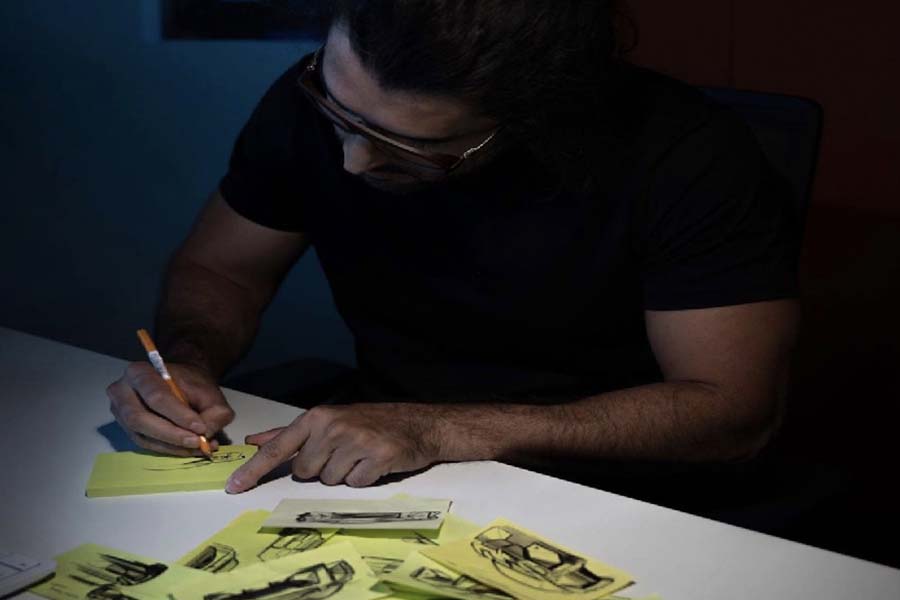 Reaffirming his passion at the Tec

José is an Industrial Design graduate from the Mexico City campus, where he also studied high school.

He remembers taking a course whilst studying his degree called “Representation Techniques”, where he met Professor Rafael Davidson.

“Meeting that professor changed my entire life. That was when I actually said, ‘This is what I want to do.’”

Thanks to this professor, José had the opportunity to spend a summer in Los Angeles, California, where he discovered car design.

José says that his time at the Tec helped him to become much more responsible and disciplined, attributes that would later facilitate his stay in Detroit.

“As far as I’m concerned, Mexican talent, passion, and courage is something incredible that you don’t find in many places.”

What he envisions for his future as a designer

One of his plans for the future is to continue climbing the ladder at BMW, in order to become a director or brand manager.

“I want to continue at BMW. I’m very happy. In the future, I want to aim higher, become director or brand manager. I’m in it for the long haul and this is only the beginning,” José said.

José also advises young designers who wish to join the automotive world to be sure of what they want, to fight for it, and to do their best. He also says that Mexico has a lot of talent to offer the world.

“As far as I’m concerned, Mexican talent, passion, and courage is something incredible that you don’t find in many places,” he concluded.

The warnings the world should listen to before the next pandemic

Post-COVID-19 condition: the name for the after-effects of SARS-CoV-2

Could college be like Netflix? Jeff Selingo explains the flexible model