Pioneers! That’s the role of women in Artificial Intelligence

At Tec de Monterrey’s AI hub, researchers Diana López and Lya Sañudo are working on a project to find out the reason behind school dropouts.
By Ingrid Godoy Macías | Guadalajara Campus - 05/05/2021 Photo Pixabay

AI, also known as machine intelligence, is a nascent, complex science based on math, programming, and data science, he added.

The head of the AI Hub, located at Tec Guadalajara, mentioned that there are women leaders in this area. “We have some nearby examples of influential and prominent female participation in AI,” he said. 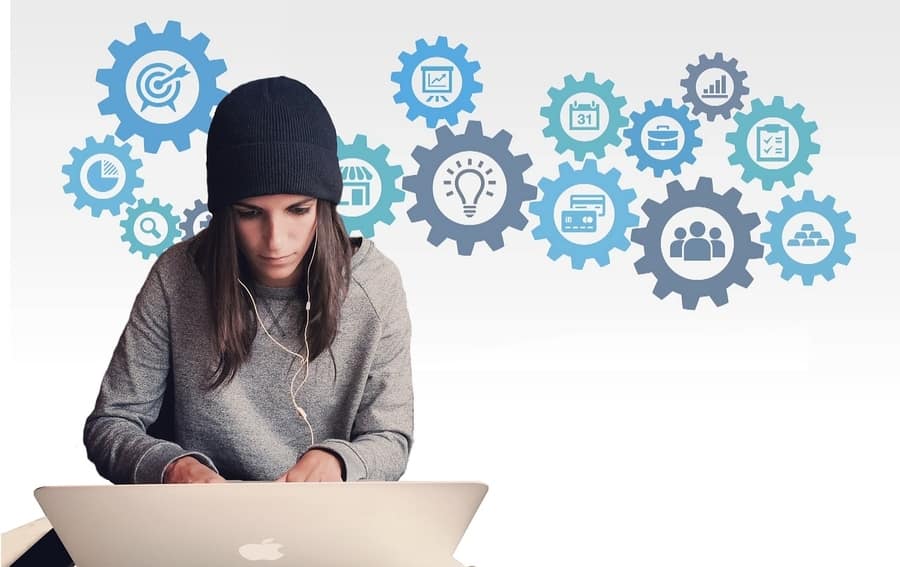 For example, Cortés pointed out that, “At Tec de Monterrey’s AI Hub, there are 2 female researchers who are working on a project to find out the reason behind school dropouts.”

He highlighted that Dr. Diana López from the Tec and Dr. Lya Sañudo from Jalisco’s Ministry of Education (SEJ) are carrying out this project.

“There are many boys and girls who start middle school, but don’t finish because they drop out, and that’s very difficult to understand because it’s something that’s multifactorial,” Cortés pointed out.

He added that the project seeks to find out the reason behind school dropouts and to create a solution by using artificial intelligence tools.

Women’s involvement in AI is so important worldwide that there’s even an organization dedicated to publicizing this career path and encouraging more girls to venture into this professional field.

“It’s called Women in AI, an initiative based in Europe and New Zealand that seeks to empower women in the field of Artificial Intelligence,” he said.

The history of women in Artificial Intelligence

The specialist explained that it all started with the beginning of computer science. “Ada Lovelace is one example. She was one of the first theoretical scientists of computing, one of its founders.”

He added that if you review the history of computing, you will find very prominent women, such as Grace Hopper.

She was a pioneering programmer at Harvard University who created COBOL, one of the first programming languages to be used in the 1980s and early 1990s.

“Then, we have a very important person in the history of computing. There’s a woman whose contribution seems extraordinary to me: Margaret Hamilton,” he said.

Hamilton, who’s considered the first software engineer, wrote the flight code for NASA’s Apollo missions, code that was crucial to ensuring the success of the famous Apollo 11 moon landing.

Are there enough women in AI?

“The answer is no. There are not enough women in AI. Artificial intelligence is a specialization in computing and mathematics.

“Young women who are studying at high school should be encouraged to study programming and mathematics degree courses,” Cortés stated.

Likewise, he said that women need to be in AI because without them, there’s a phenomenon that needs addressing as soon as possible: bias.

Cortés pointed out that increasing female participation and the impact women have on areas of AI in its various branches will avoid bias (selecting or favoring certain solutions over others).

“Young women have to be encouraged to study this type of specialization, so that there are more prominent women in the field of artificial intelligence,” he shared.

He added that another branch in which women are currently involved in AI is related to the ethical problems that arise and addressing ethical principles in intelligent machines.

“Our Artificial Intelligence Ethics Committee (at the Tec’s Hub) is the first in Mexico, and that has to do with women’s perception of artificial intelligence,” he said.

In turn, he stressed that AI ethics is a new and unexplored field, but systems need to be transparent.

“It’s imperative that women take an interest in artificial intelligence. They can be the ones who determine the direction it goes in from now on,” concluded the specialist.

The Tec’s AI Hub runs various initiatives and research focused on promoting applications of this technology and putting it at the service of society.

So, via the AI Hub, Tec de Monterrey is creating specific proposals for the application of this technology to benefit the population through research.