This is the ninth year that students from the Tec’s Cuernavaca Campus have taken part in building a vehicle for the NASA Human Exploration Rover Challenge.
By Mayra Galván | Cuernavaca Campus - 04/17/2021 Photo Courtesy

Students from the School of Engineering at the Tec’s Cuernavaca Campus have won Overall Winner second place and the STEM Engagement Award at NASA’s 2021 Human Exploration Rover Challenge.

Taking part in its ninth year, the team came in second out of the top three places in the competition for the university division, in a virtual ceremony held on April 16.

This prize is awarded to the top three teams, based on an overall evaluation for the 9 categories of the competition, which include: design and manufacture of the vehicle (rover), educational initiatives, safety, and successful excursion, among others.

“This year, the team decided that the pandemic wouldn’t stop us, and it was the best time to get to being among the top three teams in the competition,” shares engineer David García, team mentor and engineering professor at the Tec’s Cuernavaca campus.

Since 2013, the Tec’s Cuernavaca Campus has taken part in this international competition, organized by NASA, which consists of designing and manufacturing a vehicle (rover) that simulates transportation on future missions to other planets, asteroids, and moons.

They also obtained the STEM Engagement award for their participation in the dissemination of science and technology (STEM) to children from Mexico, the Philippines, and Malaysia.

“Receiving this award meant a lot to us. We all contributed something from each of our areas, and our passion managed to inspire many children to continue getting involved in STEM areas,” the team shares with CONECTA.

“We faced many obstacles, but the team’s effort and commitment overcame all of them, and we managed to cause an impact on so many people,” shares Abraham Vega, a student and team member.

This award is presented to the team that carried out several activities in front of different audiences, reached a lot of people, and managed to inspire children from their community in the fields of Science, Technology, Engineering, and Mathematics (STEM).

“The pandemic offered multiple opportunities to be able to reach places, communities, and institutions that we wouldn’t have been able to before,” explains Javier Montiel, project mentor and Tec graduate.

The challenge to encourage research

NASA’s Human Exploration Rover Challenge is one of seven Artemis Student Challenges and the space agency’s only competition to accept international teams.

It aims to encourage research and development of new technology for planning future crewed space missions to other planets.

The challenge is to get the rover to negotiate an obstacle course and accomplish the mission of collecting liquid and solid samples from extraterrestrial terrain.

Participation by the Tec’s Cuernavaca Campus in the competition has been outstanding in recent years, and it’s positioned itself as one of the top international teams.

Since 2020, the event has been held virtually because of the Covid-19 pandemic, owing to the cancellation of on-site activities at NASA’s Marshall Space Flight Center in Huntsville, Alabama.

“These awards are the product of the passion and effort of each team member,” shared team leader Brenda Zárate with CONECTA.

“We all put our hearts and souls into this journey, and we managed to cross virtual borders, inspiring communities throughout our country and around the world,” she added. 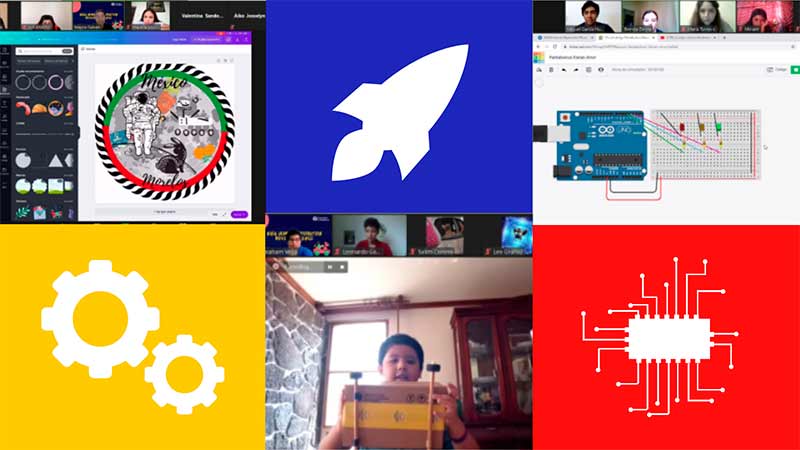 Participation from the Tec’s Cuernavaca Campus has become an uninterrupted tradition since 2013.

Mexican students’ submarine is the third best in the world